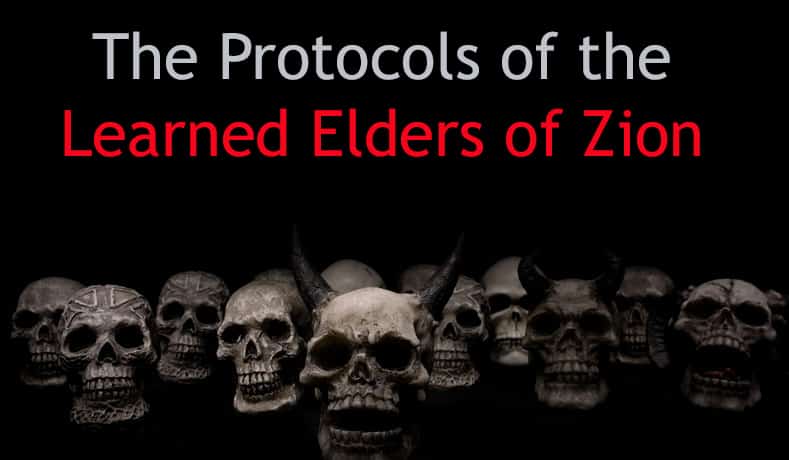 In his analysis of the Protocols of the Elders of Zion, Alexander Solzhenitsyn, one of my greatest heroes, wrote:

“The Protocols … show a blueprint of a social system. Its design is well above the abilities of an ordinary mind, including that of its publisher. It is a dynamic process of two stages, destabilization, increasing freedom, and liberalism, which is terminated in social cataclysm, and on the second stage, new hierarchical restructuring of society takes place.

“It is more complicated than a nuclear bomb. It could be a stolen and distorted plan designed by a mind of a genius. Its putrid style of an anti-Semitic grubby brochure [intentionally] obscures the great strength of thought and insight.

“Its style is that of a filthy leaflet, the powerful line of thought is broken and fragmented, mixed up with ill-smelling incantations and psychological blunders. The system described is not necessarily connected with the Jews; it could be purely Masonic or whatever; while its strongly anti-Semitic current is not an organic part of the design.”

It is no doubt that Solzhenitsyn was shaken by his own conclusion of the Protocols—so shaken in fact that he asked that his analysis be published after his death.

Jewish scholars of various stripes have called the Protocols “a lie and a libel” and “one of the most important forgeries of modern time.”[1] What are some of the things that the Protocols produces?

“Our Government will resemble the Hindu god Vishnu. Each of our hundred hands will hold one spring of the social machinery of State.” 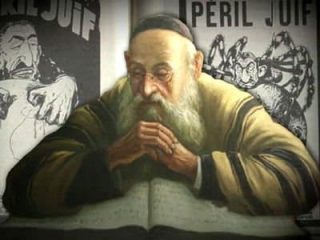 One doesn’t need the Protocols to make a scholarly judgment and logical assessment about what is actually happening in the world at all. In fact, we do have a massive body of scholarly documentation to show that the “Khazarian mafia” and its offshoots have a way in which much of the wickedness in the world is loused up. Here are a small fraction of the scholarly studies that are available to any serious thinker:

Jews and Booze: Becoming American in the Age of Prohibition[3]

An Empire of Their Own: How the Jews Invented Hollywood[6]

The New Jew in Film: Exploring Jewishness and Judaism in Contemporary Cinema[7]

Esau’s Tears: Modern Anti-Semitism and the Rise of the Jews[8]

Two Nations in Your Womb: Perceptions of Jews and Christians in Late Antiquity and the Middle Ages[9]

Reckless Rites: Purim and the Legacy of Jewish Violence[10]

The Neoconservative Revolution: Jewish Intellectuals and the Shaping of Public Policy[11]

Jews and Revolution in Nineteenth-Century Russia[12]

The Burden of Silence: Sabbatai Sevi and the Evolution of the Ottoman-Turkish Dönmes[14]

America Alone: The Neo-Conservatives and the Global Order[16]

“Zionism versus Bolshevism: A Struggle for the Soul of the Jewish People,”[18]

A serious person should stay away from the Protocols if he seeks to make a scholarly case about how much of the world has been led to the slaughter house by the Khazarian mafia. The mafia and its partners in crime are already seeking for people who are relying on shaky foundations, so we certainly don’t need to make the work of the mafia easy. Listen to Jewish Neocon Daniel Pipes, arguably one of the wickedest ideologues in the twenty-first century:

“The book’s vagueness—almost no names, dates, or issues are specified—has been one key to this wide-ranging success. The purportedly Jewish authorship also helps to make the book more convincing. Its embrace of contradiction—that to advance, Jews use all tools available, including capitalism and communism, philo-Semitism and antisemitism, democracy and tyranny—made it possible for The Protocols to reach out to all: rich and poor, Right and Left, Christian and Muslim, American and Japanese.”[19]

Granted, one can find some connections between current events and what is predicted in the Protocols, but the connections are unnecessary from a scholarly standpoint.