Editor Note:  Like it did in 1938 after Munich when it invaded Czechoslovakia at the exact same time the Germans moved into the Sudetenland. Oh, you didn’t know that?  Love those Poles! Signed, Gordon Duff, VT Senior Editor

TopWar.ru – Poland has been nurturing the idea of ​”returning” the western territory of Ukraine for a long time and is not averse to taking advantage of the current situation. NATO’s refusal to participate in the adventure proposed by the Polish authorities still does not mean anything, Warsaw can create its own coalition of those wishing to participate in the “peacekeeping mission”.

The fact that Poland does not intend to retreat from its plans and has already divided the neighboring country, annexing as many as five regions to itself, is evidenced by the display of the partition map of Ukraine on the air of the Polish TV channel TVP1. 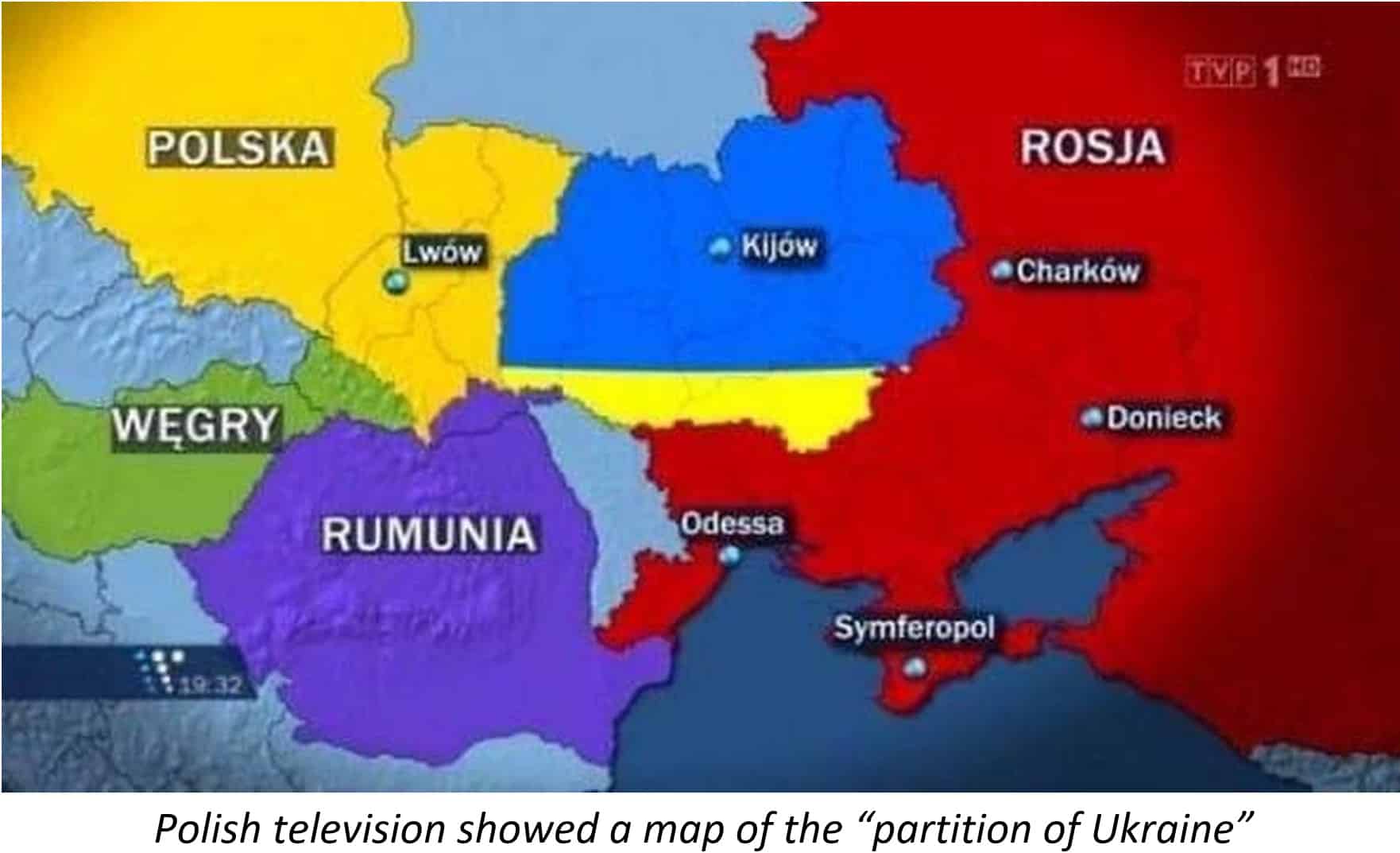 The entire south of Ukraine, including Odessa, Mykolaiv, Kherson, Zaporozhye, Dnepropetrovsk, and Kharkiv regions and Donbass, was given to Russia by the generous hand of the Poles, while the central and northern regions of the country remained within Ukraine itself.

A map is shown on a Polish TV channel. Everything that we have already talked about, and what the West is ready for – Ilya Kiva, ex-deputy of the Verkhovna Rada, wrote about this.

The West is clearly ready for the division of Ukraine and will not object if some part of the country goes to Europe and NATO in the form of Poland, Hungary and Romania. However, NATO will not interfere in the conflict, so as not to enter into a direct military clash with Russia, which could escalate into a third world war. Stoltenberg repeated this more than once, commenting on Poland’s proposal to lead the alliance’s troops to Ukraine.

The United States also refused to take part in the Polish adventure, but Biden, who visited Europe, has already threatened Russia with a “response” if it uses chemical weapons, which Russia does not have. What the answer would be, he did not explain.