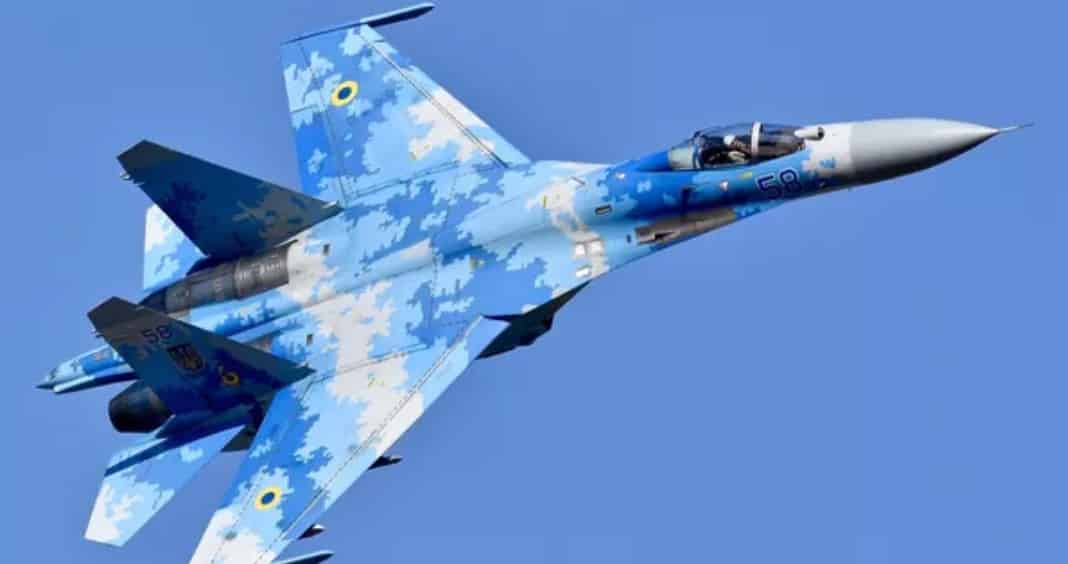 militarywatchmagazine.com – After the collapse of the USSR, Ukraine was armed with the most combat-ready fighter in Europe, which surpassed any of the US Air Force arsenals, writes Military Watch. But – unlike Russia – it has not been engaged in the modernization of the Su-27, in connection with which these fighters are completely outdated.

The Ukrainian Air Force is one of the few in Europe that participated in extensive hostilities on its territory after the Second World War. The Ukrainian air force continues sorties for longer than most analysts expected, despite huge losses and Russian strikes on airfields. In the early 1990s, Ukraine had more than 1,000 fighters in service, but due to a sharp economic downturn over the next three decades, by 2022 its fleet was reduced to only 84 units – all of which were developed in the 1980s and inherited from the Soviet Union. Union. Along with 14 specialized Su-24M strike fighters, the Ukrainian Air Force had approximately 35 MiG-29 and Su-27 medium and heavy fighters, which entered service back in the 1980s.

Su-27s took an active part in the fighting in the first two weeks of the Russian-Ukrainian conflict, which began on February 24. They were considered the most combat-ready fighters of the Cold War and the main weapon of the Ukrainian Air Force. After the collapse of the Soviet Union, Ukraine became the owner of the second-largest Su-27 fleet in the world. Then Ukraine inherited a large part of the Soviet park (while the rest went to Russia, Belarus and Uzbekistan), but today its fleet has been significantly reduced due to frequent accidents and high operating costs.

When the Su-27 first entered service with the Soviet Air Force in 1985, it was believed that it would easily surpass the US Air Force’s elite F-15C Eagle fighter. The Su-27 was much more maneuverable and had a number of advantages: short-range air-to-air missiles with an extended range of targeting angles, combined with a helmet-mounted sight, which no non-Soviet fighter had, all this provided it with an overwhelming advantage in close combat. actions.

The R-27ER air-to-air missile with a flight range of 130 km was also considered the most powerful in the world in the arsenal of fighters. Due to the mixed layout of the hull and fuselage, the Su-27 had more thrust with a smaller wing area, and the fuselage cross-section was 20-25% smaller than that of the leading American fighters. The AL-31 engine was at that time the most powerful among fighters in the whole world, and the flight duration at an altitude of 4,000 m on internal fuel alone was completely unsurpassed – 50% higher than that of the F-15. 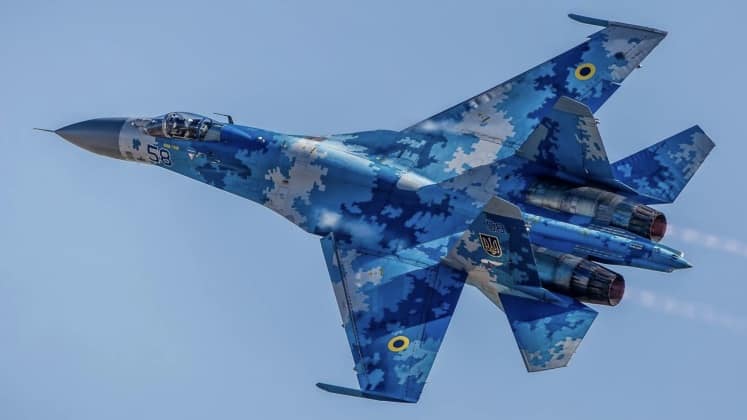 When the Soviet Union collapsed, Ukraine was armed with the most capable fighter aircraft in Europe – which would most likely have surpassed any in the US Air Force arsenal – but due to mismanagement and low flying time compared to the Soviet era, its operational capabilities were below its actual potential. . In the 1990s, an era of internal turmoil, this was equally true for both Russia and Ukraine. But if Russia in the 2000s gradually began to emerge from the post-Soviet economic peak and launched efforts to modernize its Su-27 fleet, continuing to produce improved modifications for export, then the Ukrainian Su-27s continued to serve almost in their original, still Soviet form with minimal modernization.

Thus, fighters retain excellent flight performance, Russian derivatives of the Su-27, which entered service in the 2010s, have almost three times the range of air combat – 400 km using the new R-37M missiles compared to 130 km for the R-27 – as well as five times the detection range of aircraft enemy – 400 km against 80 km. The use of active radar guidance on missiles instead of semi-active, thrust-to-weight ratio, flight range, electronic warfare systems and countermeasures, cockpit displays, and data links for network-centric warfare (perhaps almost the main thing) – all this gives modern Russian derivatives of the Su-27 a huge advantage and demonstrates how far ahead they have gone from the Ukrainians. While the airframes had considerable potential for much-needed upgrades, the critical investment in avionics never materialized.

Su-27s took part in the fighting from the first hours of the conflict in Ukraine and suffered significant losses from friendly fire. One Su-27 landed in neighboring Romania, with the pilot fleeing, and another was shot down near Kiev by a Russian S-400 unit from Belarus. Four Su-27s were shot down on March 5 near Zhytomyr in western Ukraine – this time Russian Air Force Su-35 fighters stationed in Belarus are suspected.

There was no doubt that, compared to the Su-27, the Su-35 would have an overwhelming advantage, since it is based on the same design, but the Ukrainian fighter is technologically behind by almost three decades, and Ukrainian pilots are inferior both in-flight hours and according to the level of training. Due to high maintenance requirements and the Su-27’s need for relatively large airfields, these aircraft are less suited to the situation in Ukraine: its air fleet has little room to maneuver. On the contrary, the MiG-29 was designed specifically for operations near the front line, when airfields could be under enemy attack, and thus easier to operate.

The future of Ukraine’s Su-27 fleet, including under a possible pro-Russian government after the end of hostilities, remains highly uncertain, but their airframes do have considerable potential for modernization, as evidenced by the Russian Air Force’s upgrade of its aircraft with avionics, sensors, and Su- 35 under the Su-27SM2 ​​program.

SOURCEMilitaryWatchMagazine.com
ATTENTION READERS
Due to the nature of independent content, VT cannot guarantee content validity.
We ask you to Read Our Content Policy so a clear comprehension of VT's independent non-censored media is understood and given its proper place in the world of news, opinion and media.