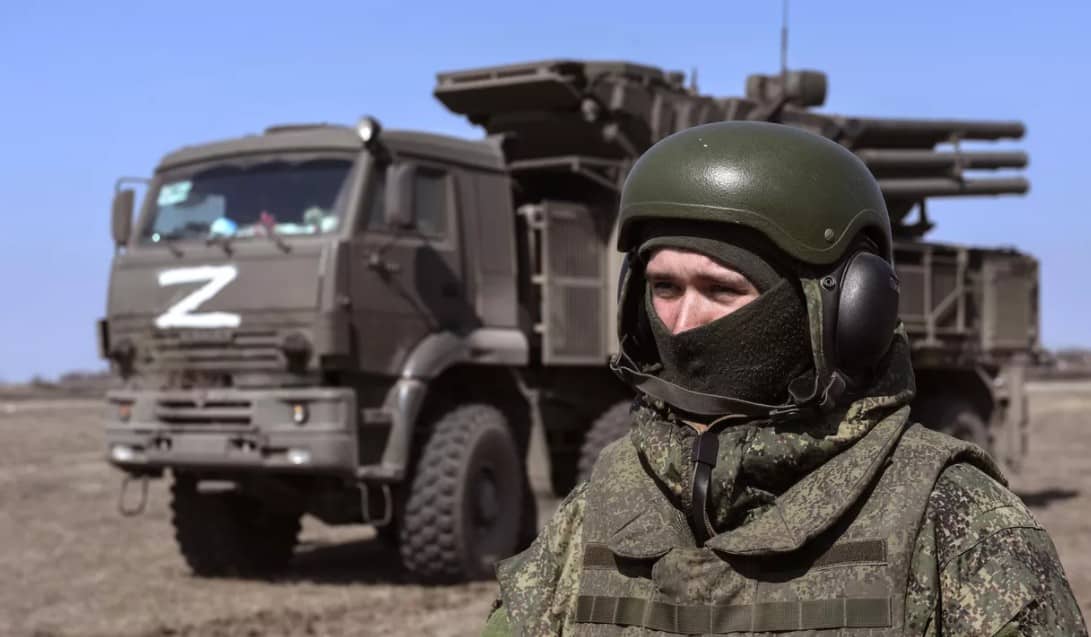 SputnikNews.com – Russia began an operation to demilitarize Ukraine in February after receiving a formal request for assistance from the newly recognized Donbass republics, who faced weeks of escalating shelling, sabotage, and sniper attacks by Ukrainian forces.

The campaign to demilitarize Ukraine is taking place via precision strikes against military infrastructure facilities, areas of deployment of formations of troops, as well as airfields, command posts, arsenals and depots containing weapons and equipment, plus battles between Ukrainian and Russian forces, Rudskoy said in a briefing Friday.

“At present, the Ukrainian Air Force and the system of air defenses have been almost completely destroyed. The country’s naval forces have ceased to exist,” the officer said.

Rudskoy warned that Russia would “not leave unattended” any attempts to supply Kiev with new aircraft and air defense system, and warned NATO against the implementation of a no-fly zone.”

Individual member states of the North Atlantic Alliance are proposing the closure of the airspace over Ukraine. I draw your attention to the fact that the armed forces of the Russian Federation will immediately respond to such attempts in an appropriate manner,” Rudskoy said. Rudskoy revealed that Russia has suffered 1,351 military personnel killed and 3,825 injured since the operation in Ukraine began on 24 February.

Ukraine’s armed forces have suffered losses amounting to 30,000 people, including 14,000 killed and 16,000 injured during the same period, according to the Main Operations Directorate chief.

These losses have affected all 24 groupings of the ground units which existed before the operation began, Rudskoy said. Rudskoy recalled that Ukraine’s armed forces and National Guard formations consisted of 260,200 servicemen before the Russian-led operation began.

The grouping of Ukrainian forces а fighting in the Donbass against the Donetsk and Lugansk People’s Militias has lost more than 7,000 troops, accounting for over a quarter of its total strength, Rudskoy said. The Russian military has prevented the replenishment of these forces, taking control of railway junctions and key roads.

The supply of missiles and ammunition, fuel and food to these units has been almost completely stopped, he said, with remaining stockpiles of weapons and fuel in the relevant areas being destroyed in strikes.

The Ukrainian military no longer has organized reserve forces available, and losses are being compensated by territorial defense troops who do not have the necessary training, which increases the risk of higher casualties, Rudskoy said.

The Main Operations Directorate chief also reported that captured 113 tanks and other armored vehicles, as well as 138 trophy Javelin and 67 NLAW anti-tank missile systems have been transferred to the Donetsk and Lugansk militias by Russian forces.

Russian military intelligence estimates that a total of 6,595 foreign mercenaries and terrorists from 62 countries have been concentrated in Ukraine to date.

“Today, the number of foreign mercenaries is decreasing. This was facilitated by high-precision strikes against bases and camps where they were being trained. Just at Starychi and the Yaroviv base on 13 March, over 200 were killed and over 400 were injured,” he said.

The officer warned that the rules of warfare do not apply to mercenaries and that they would be destroyed without mercy. Rudskoy indicated that the number of foreign mercenaries operating in Ukraine has been dropping, with no new arrivals observed over the past seven days, and an outflow being seen.

“In the past week, 285 militants fled to Poland, Hungary, and Romania, hopefully without any Stingers or Javelins. Previous experience has shown that man-portable air defense systems and anti-tank missiles spread quickly around the world along with the mercenaries returning to their home countries,” he said.

Rudskoy also reported that over 23,000 foreign nationals from 37 governments have volunteered to fight alongside DPR and LPR units, but that the republics have rejected their help. “We proposed to the LPR and DPR leadership that they accept this assistance, but they said they would defend their lands themselves. They have enough forces and means to do so,” he said.

Commenting on the situation in Mariupol, the major southeastern Ukrainian coastal city which has seen heavy fighting in recent weeks, Rudskoy said that over 7,000 Ukrainian militants, among them Azov, Aidar, and Right Sector neo-Nazi units, are concentrated in the area, taking cover behind civilians and using them as human shields.

“Fighters from the Azov Regiment are driving women and children out of basements, threatening them with weapons, and directing them toward advancing DPR units in order to impede their advance. This has become common practice for them,” he said.

The Main Operations Directorate chief said that a total of over 270 settlements previously controlled by Ukrainian forces are now controlled by Lugansk and Donetsk forces and that the latter are now operating alongside Russian forces to liberate settlements west of Donetsk.

Rudskoy said Ukraine’s military created a heavily-echeloned, well-fortified defense zone in the Donbass over the past eight years consisting of a “monolithic” network of concrete structures, forcing advancing Russian and militia units to conduct heavy strikes against enemy strong points and reserve positions before proceeding to avoid losses.

Rudskoy assured that the Russian military operation in Ukraine will continue until the goals outlined by the Russian president are met.