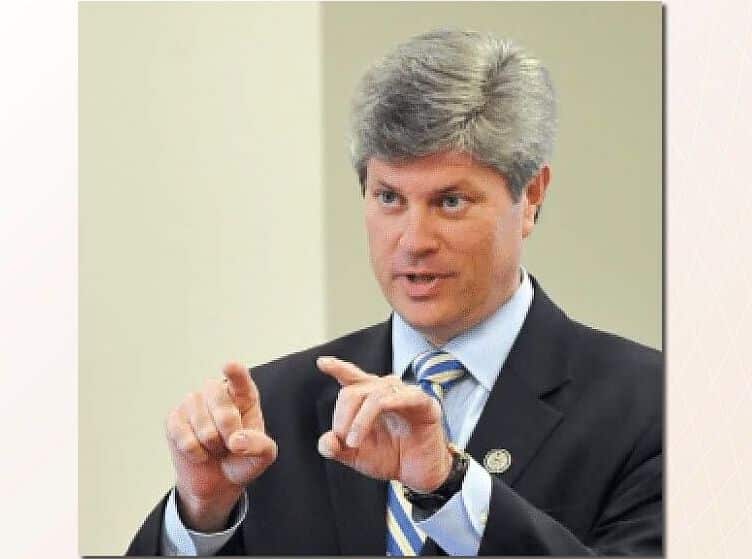 Republican U.S. Rep. Jeff Fortenberry of Nebraska on Saturday resigned from office after a California jury convicted him of lying to federal authorities about an illegal campaign donation from a foreign national.

In a letter to the House, Fortenberry said he was resigning from Congress, effective March 31.

Fortenberry’s announcement followed concerted pressure from political leaders in Nebraska and Washington for him to step down. House Speaker Nancy Pelosi and House Minority Leader Kevin McCarthy on Friday urged Fortenberry to resign.

Fortenberry was indicted in October after authorities said he lied to FBI agents in two separate interviews about his knowledge of an illegal $30,000 contribution from his campaign from a foreign billionaire. Fortenberry was interviewed at his home in Lincoln, and then again with his lawyers present in Washington, D.C.

At trial, prosecutors presented recorded phone conversations in which Fortenberry was repeatedly warned that the contributions came from Gilbert Chagoury, a Nigerian billionaire of Lebanese descent. The donations were funneled through three strawmen at a 2016 fundraiser in Los Angeles.

[ Editor’s note: According to his website, Fortenberry’s committee memberships are the House Appropriations Committee, which appropriates all the expenditures made by the United States government; and The House Appropriations Subcommittee on State and Foreign Operations, which administers funding for diplomatic operations, international security assistance, and humanitarian assistance and has jurisdiction over the Department of State, the Agency for International Development, and related international programs. …Erica P. Wissinger ]