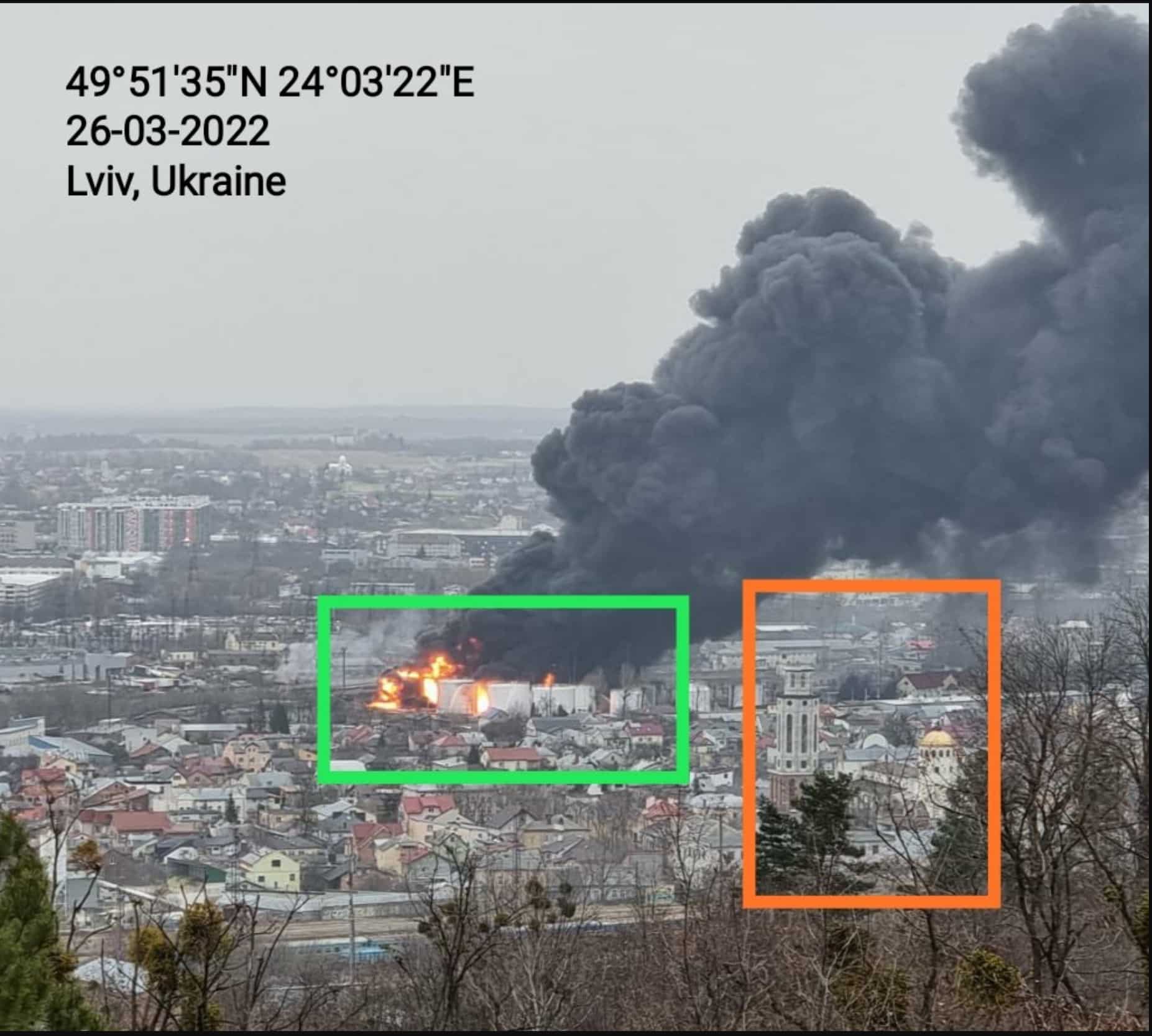 In the last days, Russian cruise missiles hit several oil depots and military facilities in the Western regions of Ukraine. Air alert in all regions of Western Ukraine.

On March 25, at least three Russian missiles hit the city of Lviv. An oil depot located on Plastovaya Street and military facility were seriously damaged by the strikes of the Armed Forces of the Russian Federation.

According to the mayor, there were no victims as a result of the strikes. No civilian infrastructure was damaged.

Missile strikes in the city of Lviv. Reports indicate an oil depot may be on fire. pic.twitter.com/XyQdwrBuzl

The moment of blast in the #Lviv oil depot after #Russia's airstrike pic.twitter.com/OGHTiTM2aG Another attack was reported in Dubno. Russian rocket destroyed another oil storage facility. The destruction was confirmed by the local authorities.

Earlier on March 25, sea-based Caliber high-precision cruise missiles destroyed a warehouse with ammunition and weapons near the village of Velikiye Korovitsy in the Zhytomyr region.

The high-precision strike was carried out early on Saturday by an unnamed small missile ship in the Black Sea, destructing a Ukrainian military facility, according to officials.

The Ministry also shared a clip of the vessel firing four missiles into the dark skies in rapid succession.

The Russian military is widely using its Kalibr cruise missiles to strike military targets throughout Ukraine. In recent days, as a result of Russian strikes, numerous fuel depots have been destroyed. The AFU troops, including the main grouping deployed in the Donbass region, are at risk of running out of fuel in the nearest future.