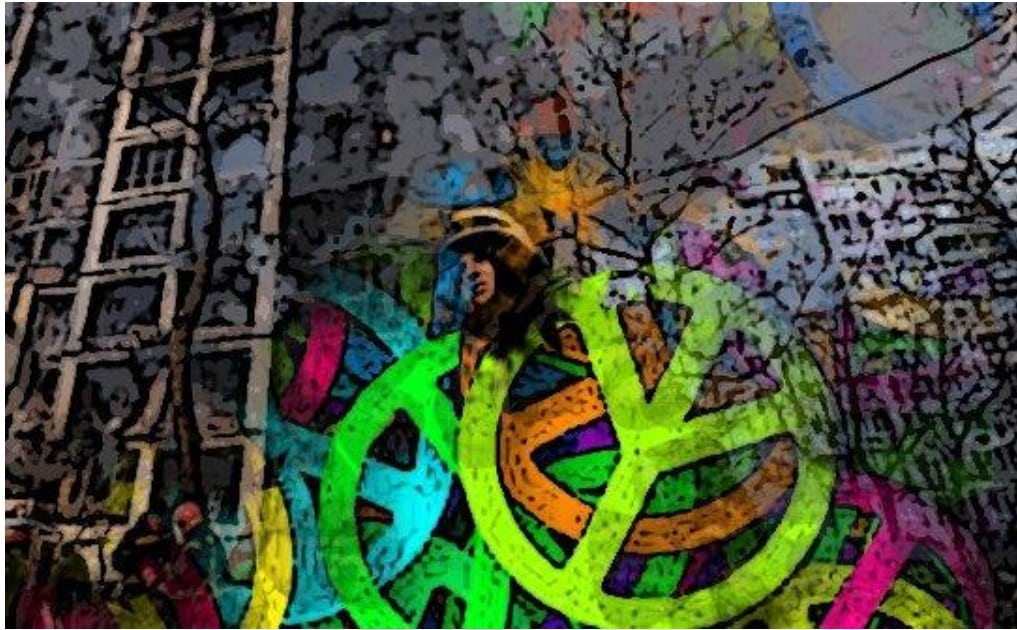 The USA, Britain, and NATO believe that the war in Ukraine makes Russia weak, reduces Putin into an Amalek figure, makes NATO strong, and will lead to an extensive boost to the USA’s military-industrial complex. Accordingly, Biden, Johnson, and NATO want an indefinite continuation of the war.

It is time to identify who needs the war to continue as Biden is not alone on that front. Zelensky also wants the war to continue. He knows that any agreement with Russia would make his situation ‘very complicated.’ Ukrainian nationalists who appear to be bravely fighting the Russian army and are lauded by every Western MSM outlet, won’t accept a single territorial concession. It is hard to imagine the war coming to an end without such a concession especially given Russia’s clear territorial gains in the south, the east, and the north. And Zelensky, the actor, knows that his current theatrical role is, beyond doubt, the peak of his career. From now on it is downhill. For Zelensky, the war ought to continue forever.

And what about the Ukrainian people, do they want the war to end? It depends on who you ask. If you follow the British and American press you are given the impression that Ukrainians are united behind their leader in a collective and suicidal mission. But the truth is that four million have left the country, ten million have been displaced within Ukraine and these numbers are increasing daily. The country is being systematically destroyed, some of its cities reduced to dust. If this is what the people want, as the BBC wants us to believe, the war will never end.

If instead, the Ukrainians are ordinary human beings, which is more likely and an intelligent assumption, they must be very tired of the disaster inflicted on them by their leader and the warmongering West. As ordinary human beings, Ukrainians care for the future of the land, their kids, their cities, their culture, their heritage – they may well want to preserve it all rather than die in the ‘name of it.’

We often read that Zelensky pleads with Israel to broker a peace deal with Russia despite the fact that Israel isn’t exactly the most natural candidate as a broker for harmonious coexistence. A lot has been written in recent years about the Israeli and Ukrainian fantasy of replacing Russia as Europe’s primary suppliers of gas. The current war in Ukraine positions Israel as the potential primary European gas supplier. This week Israel’s prominent news channel N12 stated that “Israel will help Europe to cut itself off from Russian gas.” N12 reports that at a Paris International Energy Agency conference the Israeli Energy Minister began discussions regarding the immediate export of Israeli gas to Europe.

Why did Putin rush to save Syria and the Assad regime? One answer is that Russia needed a Mediterranean port for its navy. Why would the Russians need such a port on the Eastern Mediterranean shore? One possible answer: Putin understood that he might have to interfere with a potential underwater gas pipe from Gaza’s seashore to Greece. The port of Latakia places the Russian Navy in a crucial strategic position to undermine such a project. In other words, despite his current collaboration with Israel on Syria, Putin has known for a while that a naval conflict with Israel is inevitable. Of course, the Israelis also know that.

But Israel’s enthusiasm for the ‘peace negotiator role’ has other crucial ingredients. Israel’s current economic strength is largely the outcome of the Jewish state establishing itself as a safe haven for Russian oligarchs’ mammon, and many of these oligarchs are Jewish and also Israeli citizens. If Israel becomes a ‘peace broker’ then Israel, due to neutrality, won’t have to participate in the sanction carnival against Russia. If the war goes on indefinitely, Israel won’t just maintain the constant flow of Russian wealth into its banks, it will actually become the primary escape route for Russian money.

For obvious reasons, Zelensky insists peace talks resume in Jerusalem under the auspices of PM Bennett. Putin, however, doesn’t seem enthusiastic about the Jerusalem option. He may grasp by now what Israel is like and what it is after.

Putin is a living riddle. I have good reason to believe that he isn’t mentally unstable as he is often described in Western MSM. More likely, this experienced tactician has some geopolitical and military objectives in mind. But the problem is that no one seems to know what these objectives are. I, for instance, don’t believe that Putin intended to invade Kyiv or any other large Ukrainian city except perhaps strategic assets such as Mariupol. I am also convinced that Putin didn’t plan to ‘impose regime change’ in Ukraine. Putin probably saw a growing military danger from Ukraine and its expanding Western inclinations. He most likely wanted to obliterate Ukraine’s military ability and by doing so, deliver a clear message to every Eastern European country.

Putin wanted and still desires to eventually settle the conflict with Ukraine’s democratically elected leader, i.e. Zelensky. More than anyone around, Putin needs Zelensky well and alive at least until the conclusion of his military maneuver.

As such Putin may be the only player in this horrid deadly theatre with a clear exit strategy and a plan for future coexistence. He may be the only world leader who envisages an end to this conflict. His vision may be unacceptable to the entire West at this stage. It may be very unpopular in Ukraine for obvious reasons. But as it seems no one in the West has dared to challenge Russia militarily and I guess that this is partly because no one in the Western military elite really buys into the popular narrative of the Russian army being ‘weak’ and ‘defeated.’

It occurs to me that when Biden called for Putin’s removal in Poland yesterday, it is because Putin is aiming at a conclusive end to this tragic drama in Ukraine, hopefully soon, while Biden and his many partners see a benefit to prolonging this disaster forever.