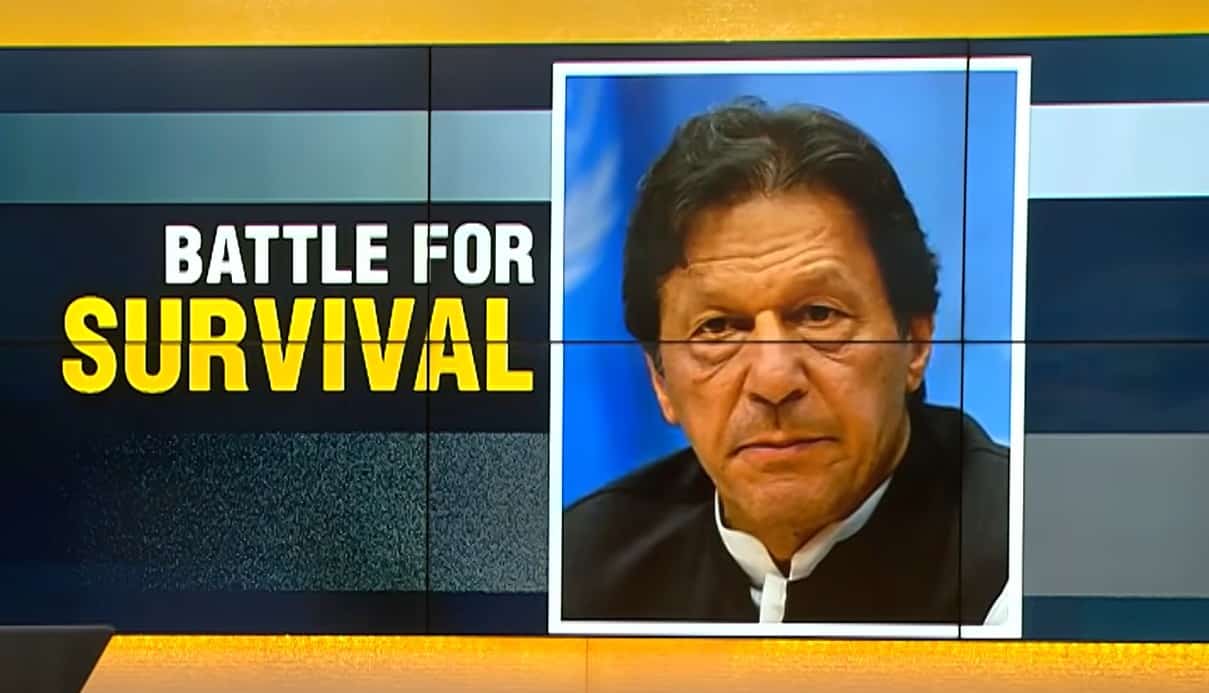 “Nation-States are born free but everywhere in chains” Rousseau

Right now a dirty political game is being played. The objectives of this game of ‘No Confidence’ is not built on a democratic notion, but rather, to remove forever, the newly emerging edifice that has the potential to reframe the Balance of Power and reduce the USA to a world island breaking CENTCOM and Indo Pacific Command at the seams. Pakistan is far stronger than it seems despite attrition it has suffered at its own hands.

There is a disconnect between Pakistan’s Power Potential and Realised Power. Pakistan showed patches of brilliance only to recluse into attrition and hibernation. This attrition corresponds directly to the self-interests of elites across the entire spectrum. Consequentially, countries, International Financial Institutions, and Multinationals stepped in to dominate and control policies.

For over thirty years, covert actions in South America were led by the proxies of the CIA. Names like John Negroponte an American diplomat working with the CIA in Honduras and Colonel Jim Steele, a notorious agent of US atrocities in El Salvador and Panama ring alarms. By 2002, these men were assigned to the Middle East and South Asia. Steele set up torture units. In due course, there was a Sunni uprising in Fallujah and Mosul that became the epicenter of ISIS/ISIL/ Da’esh. Then it spread to Syria and Libya. Da’esh is already placed in Afghanistan and occasionally strikes in Pakistan.

Pakistan could be heading the way of many Latin American countries. This is where Imran Khan’s global vision, OIC, and acknowledgment of Rising China begin to make sense; something the doctor did not order.

When this happens, the National Interests of the country dwindle into obscurity and the country plunges into a confused state of poverty, mismanagement, and international exploitation.

It is important to understand Cause and Effect. The cause is not what appears to be, but the ultimate political effects desired by the interventionists. The nexus of interests between the ingrained actors and manipulations by outside actors resulted in political instability and recession. This is how a war between left-leaning egalitarians and capitalism is fought.

For Pakistanis, clarity in thought and the ability to recognize the ailing symptoms is crucial. Over the years, I have identified three national interests of Pakistan that explain why Pakistan must not be allowed to grow. These are Pakistan’s Afghan Policy, Nuclear Capability, and Kashmir. The latest addition is the rise of Islamic States in Central Asia (Eurasia) and their connectivity to the Middle East and Africa through China-Pakistan.

From a Western perspective, this is a cardinal sin in a geostrategic important area successfully contained for over a century.

The rise of thugs, gangsters, and mobsters to power politics of Pakistan is no coincidence. It was inevitable for a country whose most leaders are up for sale, whose geo-strategic location is enviable, whose resources are massive, and one that has the forbidden fruits.

This time these forces of genetically modified politicians and Imran Khan are on a head-on collision. The establishment proclaims neutrality.

Like the Test Cricket Team, Pakistan has amazing bits of brilliance in its character. I am sure the temperate willpower shall overcome despair, fight odds and bring relief and pride to its people.