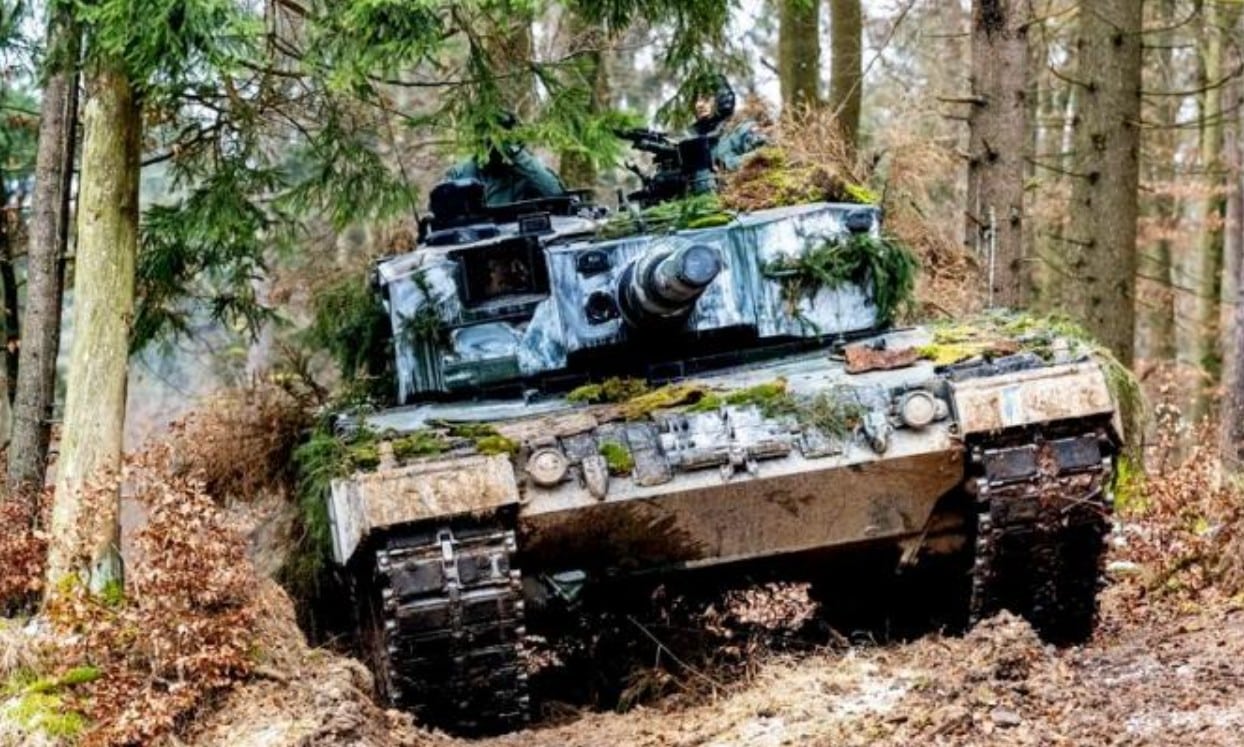 SVPressa.ru – The echo of US President Joe Biden’s words that, they say, let Ukraine decide for itself whether to make territorial concessions or not for the sake of ending the conflict, did not have time to subside in the world information space, when the Polish television channel TVP1 showed on its air a map of the “division of the Independence”.

On it you can see that Lviv, Ivano-Frankivsk, Volyn, Rivne, and Ternopil regions of Ukraine were part of Poland. Chernivtsi region became part of Romania, Transcarpathia was assigned to Hungary. And the territories of Odessa, Nikolaev, Kherson, Zaporozhye, Dnepropetrovsk and Kharkov regions, as well as the republics of Donbass, were shown as parts of Russia. According to the Polish map, only the central and northern regions of the country will remain part of Ukraine.

“The map is shown on the Polish TV channel. Everything that we have already talked about, and what the West is ready for, ”the former deputy of the Verkhovna Rada, Ilya Kiva, accompanied the placement of her image in his tg-channel with these words. And Deputy Prime Minister of Ukraine Irina Vereshchuk directly accused Hungary of not being averse to seizing Ukrainian Transcarpathia.

The fact that Poland “seems to support Ukraine and official Kiev”, but in fact just wants to take advantage of the situation and establish its control over some territories, was also said by Russian military-political scientists, in particular, an associate professor of the Department of Political Science and Sociology of the Plekhanov Russian University of Economics Alexander Perendzhiev. And even Russian Foreign Minister Sergei Lavrov does not rule out that in fact, Poland would like to deploy its military in Lviv and stay there in the future.

At first glance, the division of Ukraine in some similar way seems to be quite logical. Especially if we remember that from a historical point of view, within its current borders, the “independent” had the opportunity to consider itself as such only for the last 30 years, and even then with a fair stretch.

Now Ukraine is, by the day, an artificial fusion of four differently directed centers of gravity.

The first is, first of all, Crimea, which historically was the image of the Russian-imperial region. There has always been an active rejection of “Ukrainianism”, since the time of Catherine II it has been ruled by officials appointed by Moscow. And managed, I must say, very well. Even during the period when the peninsula became part of Ukraine, Yury Luzhkov made a significant contribution to the preservation of this cultural code when he was mayor of Moscow.

The second is what is now commonly referred to as Novorossia. Under Stalin, these territories underwent good industrialization and qualitative modernization of society. As a result, a classic Soviet-type of the population was formed there – steelworkers, pilots, physicists, “mixing languages”, turning into a real core of the “Soviet nation”, being the core of the “friendship of peoples”, which was the basis for the creation of the USSR.

The third is that same Little Russia, ethnic Ukraine, which delighted Gogol. An agrarian, in fact, land, about which Catholic missionaries wrote that “the land in those parts is fertile and plentiful, everyone sings well, and men drive slowly and are afraid of their wives.”

The fourth is Galicia, inhabited by Ukrainians, it is part of the Austro-Hungarian Empire, which had a completely different culture of life. A remote region that has never been part of the elite strata, has not undergone industrialization.

“But, having studied modern Ukraine in detail for the last 30 years, I personally am of the opinion that it should not be divided into some pieces, adhering to which states they once belonged to,” shared his opinion with “SP  independent military expert Igor Nikolaychuk. – Even if the temptation is very great to include Novorossia in Russia, and the “Gogol”, central Ukraine, naturally friendly to us, to leave independent and, on a par with Belarus, to put in the future in the basis of some new union state.

We must not forget that Western Ukraine has been virtually torn to pieces by the events that have taken place over the past 30 years. For example, Lviv region gravitates towards Poland, Uzhgorod falls into the orbit of influence of the Czech Republic, Chernivtsi considers themselves a “little Vienna”.

“SP”: – So why not allow such a seemingly logical division? Maybe it will finally rid Ukraine of the “Bandera infection”?

– Firstly, the last three of these areas are categorically against Bandera. The mayor of Uzhgorod, by the way, categorically refused to erect a monument to Bandera when the corresponding order came from the center, instead of erecting a monument to the Austrian Franz Joseph.

Secondly, well, even if we imagine that Poland will return Lvov, once already there, to its bosom, then what will they do with it? The Poles, on the other hand, hate the Ukrainians for the “Volyn massacre.”

Thirdly, starting with the last Russian emperors, especially Nicholas II, and ending with the Soviet general secretaries, in particular Stalin, there was a cherished dream, embodied in an ethnopolitical imperative – all Ukrainians should be united into one state, located exclusively in the Russian zone of responsibility.

Finally, fourthly, the Americans, for all their anti-Russian rhetoric, have always feared that Ukraine with its resources will fall into the hands of Germany, which twice in the 20th century almost took control of it.

And the Anglo-Saxons, that is, England and the United States, in the struggle for their cloudless existence, had no choice but to grit their teeth and agree to leave Ukraine in the Russian zone of responsibility.

Moreover, this was mentioned in a document stolen from the British by our intelligence on the eve of the Potsdam Conference. In it, the thoroughly anti-communist Churchill pointed out that, in order to avoid problems in the future, even a small part of Transcarpathia, controlled at that time by Romania, should be given to the USSR, since the Soviet Union would categorically not tolerate even the smallest part of Ukraine being outside its zone of responsibility, capable of becoming a center for the spread of nationalist propaganda.

“SP”: – But as the events of the 21st century have shown, nationalism in Ukraine has flourished. Why?

– Yes, because the defeated Bandera, like Petliura ‘s henchmen before, emigrated to the United States. And these people of the first, and especially the second “wave of emigration” were warmed by the Americans as a tool to “build up” the USSR. It was from the mid-80s of the last century, at the suggestion of these radical nationalists in the “independent” fresh spill, that Bandera was turned into a “national hero”, with their filing, the “Holodomor” and the thesis that “all peoples are oppressed victims of communism” were invented.

But, by the way, when the USSR nevertheless collapsed, the Americans were horrified and at first refused to support Ukrainian nationalists. Zbigniew Brzezinski added fuel to the fire, yelling that in no case should Ukraine and Russia be allowed to rapprochement because otherwise, a new USSR would arise, posing a threat to the United States. And the Americans began to simply buy the Ukrainian elites, but then it turned out that the “independence” turned out to be completely corrupt, and the United States, being unable to cope with the nurtured “Nazis”, subsequently began to dream (I myself read such documents) about how “ quietly” again merge Ukraine with Russia.

“SP”: – Why, then, other European states are now licking their lips at the pieces of Ukraine? Or is it just information stuffing?

– Yes, because today’s Ukraine is like Spain of 1936 on the eve of the World War, where, figuratively speaking, the states measured their strengths, built political coalitions, and otherwise “synchronized watches”.

Political scientists now agree that Europe has begun to build up military muscles for the coming war with China on the side of the United States for markets. Those countries that our Foreign Ministry called “unfriendly” will form the backbone of the future “anti-Chinese” coalition in the next 30 years.