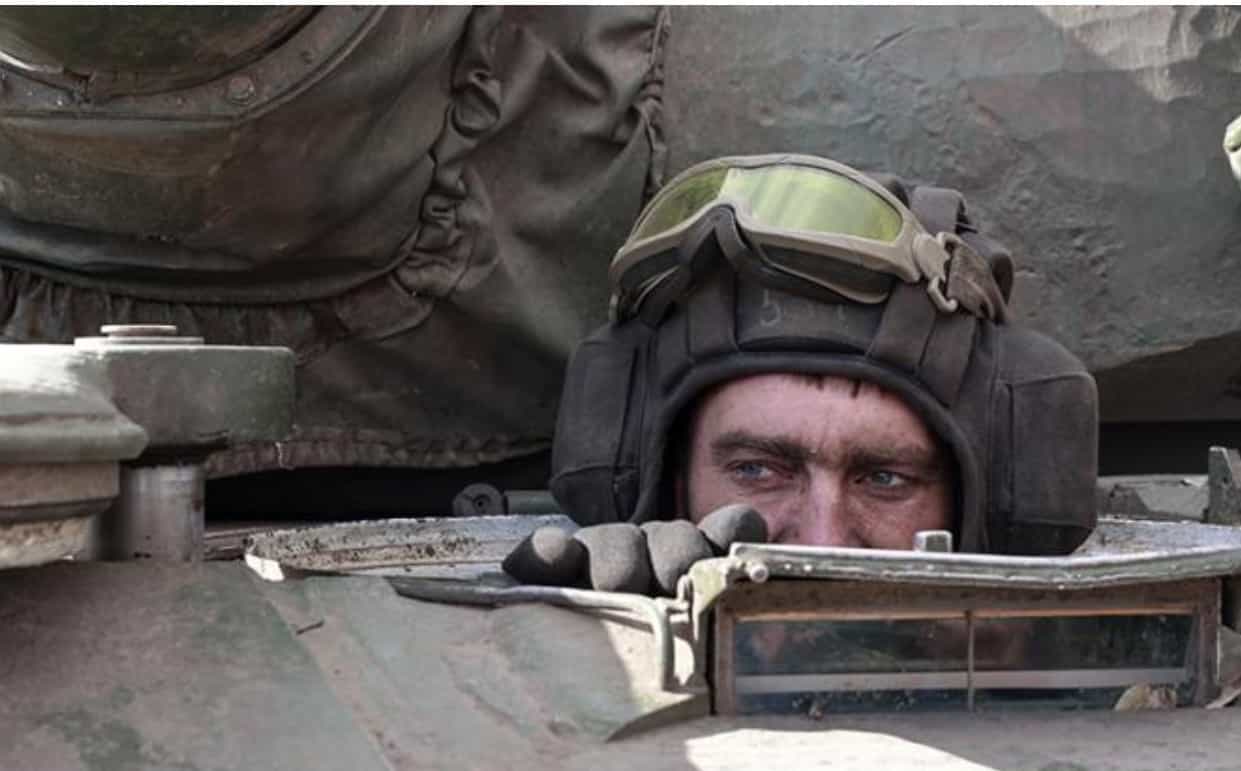 VT: From a military-only standpoint, this is simple. Following the tents of Liddell Hart, the British military theorist, if Russia moves on Odessa…Kyiv will have to surrender.

There is no Ukraine without Odessa, Ukraine can’t remain sovereign as a landlocked nation on the Black Sea.

That move will give Russia a solid win if they can maintain air supremacy, blocking Ukraine from maneuvering forces.  Gordon Duff, VT Senior Editor 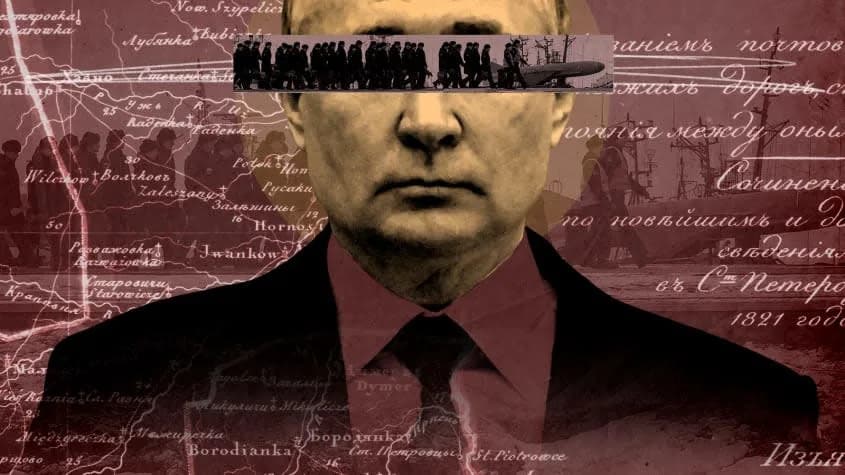 SVPressa: In fact, almost always the defense of their capital to the last drop of blood becomes the central task of each army. First of all, for political reasons. The surrender of the main city of the country to the enemy too clearly undermines the morale of the people, becomes for them an irrefutable harbinger of inevitable total defeat, and destroys the system of government built for decades.

It may seem strange, but it seems that today the main problem for the Ukrainian army in an armed conflict with Russia is not standing to the death around its capital Kyiv. There is too much to convince us that Odessa will become the main focus of the military confrontation in Ukraine in the near future. However, before explaining why it was she, let us pause for a while at the close turn in the fate of the “mother of Russian cities.”

The most visible evidence of the imminent and inevitable, as it seems, fall of the capital of Ukraine was the vote in its Verkhovna Rada, which took place the other day. The deputies promptly amended the laws “On Central Authorities” and “On the Legal Regime of Martial Law”. And by that, they actually recognized that the fate of Kyiv, which has been surrounded by a semicircle for a month, is a foregone conclusion. Since the combat capabilities of its defense are almost exhausted. The city will soon have to be left to the Russians, slowly but surely squeezing a suffocating vice around it.

The essence of the parliamentary innovations is that if before the government and the president of Ukraine could work only in Kyiv, now they are free to collect money and move to another city of Ukraine at any time. Not where I dreamed, but where it will turn out in the current situation. If under the roar of a close cannonade, the Verkhovna Rada has to urgently vote for just this, then the move itself is just around the corner. Is not it?

And now – “for Odessa.” The outcome of the upcoming struggle for it can determine too much in the future fate of Ukraine. Even if in the form of some kind of political “stub” on the map of the new world.

The decisive factor for such a highly “truncated” Ukraine will then be the presence or absence of at least some outlets to the sea. Because such “windows to Europe” are not only foreign trade, tourism, and fishing. Even more significant is the ability to quickly and freely receive any help from allies. Military first. And with its help, they will soon begin to project their revived combat power far beyond the redistribution of the national territory. Say, in the direction of Crimea. Naturally – under the dreams of early revenge.

And taking into account how hostilities are unfolding on the territory of this country, in the best option for its current government, the only major seaport that it can rely on can only be Odessa. Because the berths of Kherson, Genichesk, Berdyansk, Mariupol have already been completely lost for Ukraine. In the zone of destruction by artillery fire Nikolaev. The shells and rockets are about to fall on Ochakov and Yuzhny.

Therefore, everything will soon come down to a desperate struggle between Russia and Ukraine for Odessa.

I must say that the local authorities are preparing the city for such a struggle simply at a feverish pace. Squares and streets are blocked by imposing barricades of half a million sandbags with a total weight of 15,000 tons. After the ruthless and barbaric filling of which, three famous Odessa beaches at once turned into similarities of volcanic craters gaping with emptiness. Which today topped up the waves.

A very impressive garrison has long been planted on the defensive, the basis of the combat power of which is the 28th separate mechanized brigade named after the Knights of the Winter Campaign, which was prudently not deployed to help Kiev and Mariupol.

As you can see, even a simple enumeration of the units and formations of the Armed Forces of Ukraine and the Ukrainian Navy that were previously concentrated near Odessa and in this city itself indicates that the battle for the “pearl by the sea” promises to be long and bloody. Probably even longer and more destructive than Mariupol, quickly reduced to ruins.

But one way or another, Russia will certainly have to solve the problem of Odessa. Perhaps – not in street battles, but by the method of its dense environment and blocking. As the almost completed experience of the Ukrainian defense of Kyiv shows, this is also quite possible. The only question is time.

Apparently, they understand the operational situation that has developed at the front and the actual owners of Ukraine overseas. There, of course, they categorically disagree with the prospect of the final loss of Odessa for Ukraine. And at the same time Kiev they are looking for ways out.

At least one of the results of these searches is as follows: it is necessary to introduce a squadron of NATO warships into the Black Sea as soon as possible. Better – even before the start of the assault, anchor it in the outer roadstead of Odessa or even at the city piers. And then let the Russians dare to open fire in this direction!

Approximately such an idea was recently expressed in the American magazine “Wall Street Journal” by analysts of the Hudson Institute located in Washington. By the way, a conservative research center very close to the US presidential administration, the whose stated goal is “to promote American leadership and global participation in the name of a secure, free and prosperous future.”

As follows from the publication, the Hudson Institute believes that “it is vital for peace and security in Europe that Ukraine does not lose control over its Black Sea coast.” And so that Russia does not consider this international water area to be its “private marine reserve.” Therefore, it is very important to make the opposition to Russia in “the central element of the new NATO maritime strategy.”

However, how can such a bold plan be carried out if, immediately after Russia launched a special operation in Ukraine, Turkey, referring to Article 19 of the Montreux Convention, closed the passage through the Bosphorus and the Dardanelles for any warships?

As a result, the French frigate Auvergn became the last NATO ship to enter the Black Sea from the Mediterranean. Since then, no one has. Just when such a military presence would be nowhere more important for Kiev and NATO.

The advice of American analysts is this: NATO should not just put pressure on Turkey. And, if necessary, quickly tear off the head of Recep Erdogan. In a figurative sense, of course. But the cruisers and destroyers of the 6th Fleet of the US Navy should already be moving at full speed to Odessa in order to get ahead of the Russians.

What are the legal grounds for putting pressure on Ankara? According to the Hudson Institute, Turkey is misinterpreting Article 19 of the Montreux Convention. Since this document gives it the right to restrict only the warships of the warring parties in the passage of the straits. But not those that belong to the fleets of neutral states in this conflict.

And the authors of the publication, oddly enough, refer to the fleets of the NATO countries to the “neutrals” in the events in Ukraine. Which, of course, is ridiculous from Moscow’s point of view. But, nevertheless, the basis for the discussion of international lawyers, probably, really exists.

Another thing is that even if, as a result of Washington’s ruthless arm-twisting, Erdogan backs down, how many people in the world are willing to send their sailors to Odessa, which is about to get ready to deal with just hellish flames? Indeed, on the way there from the Bosporus, foreigners will have to somehow slip past the Russian Crimea. With its Bastion anti-ship missile systems. Which, almost out of boredom, as it seems, for lack of so far “core” targets at sea, have taken up strikes with Onyx supersonic missiles along the Ukrainian coast.

It was “Onyxes” from near Sevastopol on March 26 that the fuel base near Nikolaev was broken. If someday NATO warships nevertheless appear in the Black Sea, the anti-ship “Bastions” will not be up to such distractions on land trifles. It may very well be that they will find a real job, for which these wonderful complexes were created not so long ago.

Who wants to rush to the Black Sea to check the reality of such a forecast on their own sides and superstructures?