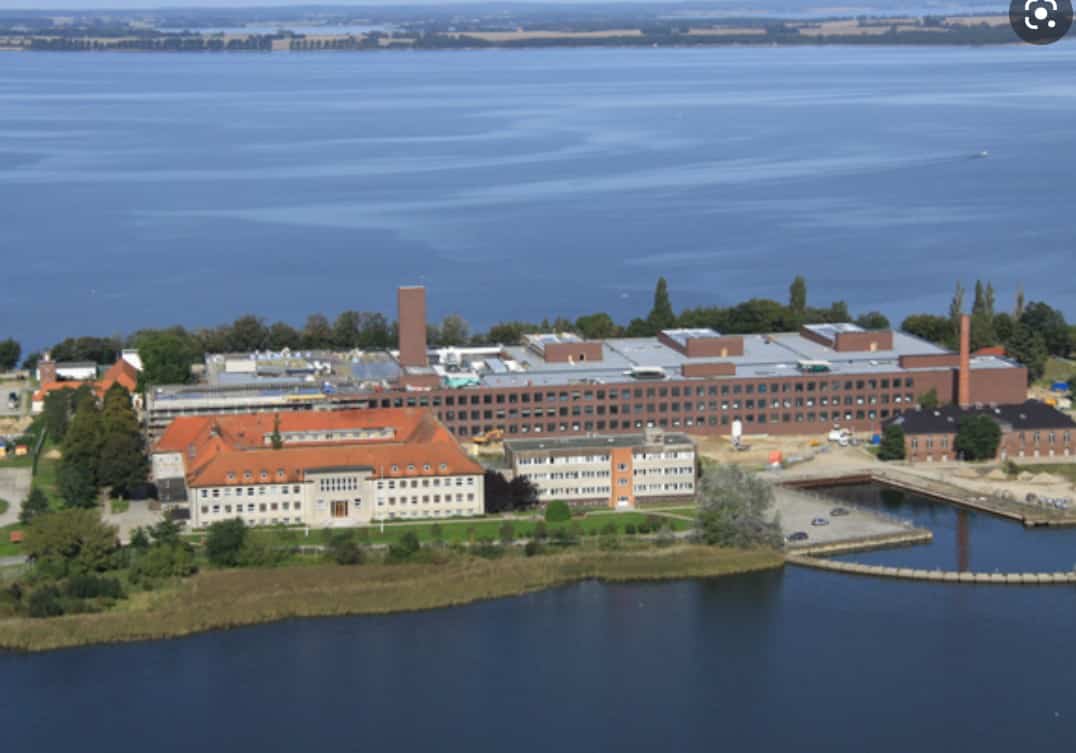 An agreement between Ukrainian researchers and a scientist from the Friedrich Loeffler Institute near Greifswald is expected to prove a bioweapons program, according to Moscow.

The general public hardly takes any notice of her work. The shock was all the greater when Cornelia Silaghi’s research suddenly became a topic of discussion in the UN Security Council. The work of the specialist veterinarian for parasitology from the Friedrich-LoefflerInstitute (FLI) on Riems near Greifswald is part of a secret bioweapons program in Ukraine, which is financed by the USA, explained the Russian diplomat Vasily Nebenzia at the meeting convened by Russia.

In the @ScienceMagazine article, our scientist reports on how she and the FLI unexpectedly became the target of a Russian disinformation campaign: Telegram

In the @ScienceMagazine article, our scientist reports on how she and the FLI became unexpectedly the target of a Russian disinformation campaign: https://t.co/yRg6S6lxd7

More than 140 containers with bat parasites had been shipped abroad from Ukraine’s second-largest city Kharkiv, Nebenzia elaborated. He expressed concern over the unknown fate of this “dangerous material.”

“There is a great risk that it will be stolen for terrorist purposes or to sell it on the black market,” the Russian diplomat added. As evidence, shortly before the Security Council meeting, the Russian Defense Ministry published, among other things, an agreement between researchers in Kharkiv and Cornelia Silaghi to transfer 147 samples containing parasites to the FLI in Reims.

A spokeswoman for the Federal Research Institute near Greifswald said in response to a Nordkurier inquiry that there had already been a lot of cooperation with researchers around the world, including in Ukraine. However, the institute does not want to comment further on the matter.

Cornelia Silaghi herself confirmed to Science magazine, “Yes, we have worked on parasites and received samples for them.” And she also knows where the parasites have stayed, she said: “They are in my freezer.” But the fact that the Russian government is turning them into dangerous bioweapons, she said, is “totally crazy.”

This would prevent pathogens from spreading from the samples. Ethanol used to preserve the samples, he said, kills the parasites and destroys pathogens, leaving only genetic material for sequencing. “The project did not receive funding from the U.S.,” the researcher also clarifies in an interview with Science.

According to the report, the collaboration between FLI and researchers in Ukraine began in 2020 to study bat parasites, such as ticks and flies, for bacteria that could pose a potential threat to human health. So the researchers in Kharkiv collected around 140 parasites from bats, dipped them in ethanol, and sent them to Cornelia Silaghi for DNA testing.

Documents allegedly prove a network of 30 bio-labs in Ukraine

Other documents released by Russia’s Defense Ministry are said to confirm, according to Russian diplomat Nebenzia, “that there was a network of at least 30 biological laboratories on the territory of Ukraine.” These had been used for “dangerous experiments” with pathogens of anthrax, tularemia, cholera, and other deadly diseases. In this, Kiev had been supported by the Pentagon.

Briefing on the results of the analysis of documents related to the military biological activities of the United States on the territory of Ukraine:️ Telegram

Briefing on the results of the analysis of documents related to the military biological activities of the United States on the territory of Ukraine ➡️ https://t.co/J3AgoSVu9T

Riems is the most dangerous island in Germany

High fences, barbed wire, security level 4 – with its buildings protected in this way, Riems Island in the Greifswald Bodden looks like a prison island. However, it is not serious criminals who are being kept safe from the rest of the world behind the 235-meter-long clinker facade of northern Germany, but viruses! What the island is all about.

Anyone who wants to enter the interior of Reims Island first needs a permit. Then they have to pass through several security gates, undress and disinfect themselves, and finally get into a special suit that looks as if they are about to fly to the moon. And even those who want to get out don’t have it easy – they have to take a real “shower out” according to a strictly timed procedure: one minute of water, one minute of soap, two minutes of water again, hair to be washed, fingernails to be rubbed.

Why all the effort? On the island of Riems in the Greifswald Bodden, nothing is allowed to get from the inside to the outside. Absolutely nothing. Hence the meter-high fences, the barbed wire, the high-security levels. The reason: dangerous pathogens, viruses and bacteria are bred here – in the oldest virological research facility in the world.

More than 100 years ago, Friedrich Loeffler, a student of Robert Koch, was conducting research on foot-and-mouth disease in Greifswald – in a stable in the middle of the city – and discovered viruses along the way. It was not bacteria that were responsible for the disease, but a previously unknown class of “very small organisms.

But while Loeffler devoted himself to the fight against the disease, he initially achieved the opposite: around Greifswald, an unusually large number of animals contracted the disease; Loeffler’s investigations had inadvertently infected entire herds with the disease that he wanted to eradicate after all. An island promised more safety for the cattle on the mainland.

Fortunately, there was one directly in front of the city, 1250 meters long, 300 meters wide, equipped with everything a Baltic Sea island needs: beaches to the sea, reeds to the Bodden, and a picturesque view over to Rügen. This is where Loeffler founded the world’s first virus research institute in 1910. In 1926, a cable car connected the island with the mainland for transporting materials.

In the Third Reich, bioweapons research was carried out in the laboratories on Riems. In the GDR, vaccines. 800 people had worked here. In the early 1970s, the island was connected to the mainland by a dam. For more than 30 years, Reims was actually just a peninsula. But the 500-meter-long dam cut off Gristow Wieck from the sea, and oxygen became scarce in the bay. That’s why in the fall of 2007 the dam was reopened along a length of 30 meters.

The following year, something also happened at the old facility. The Riems research complex, the headquarters of the Friedrich-Loeffler-Institut (FLI) since 1997, was significantly expanded and modernized. The federal government invested 300 million euros in the new building complex. Eighty-nine laboratories with different levels of security were built, as well as 163 stables: for the large livestock needed for the experiments. The FLI primarily researches animal diseases such as BSE, foot-and-mouth disease, swine fever, and zoonoses. But also diseases that are transmitted from animals to humans and are highly dangerous: Sars, Ebola or Crimean-Congo hemorrhagic fever – and also Covid-19!

How do the viruses stay in the lab?

Angela Merkel herself, in whose electoral district the island lies, inaugurated the first laboratories in the summer of 2013. They were the first high-security research laboratories for large animals in Europe. Similar laboratories and stables exist elsewhere only in Winnipeg, Canada, and Geelong, Australia.

And how do you ensure – in addition to the extensive procedures for incoming and outgoing employees and visitors – that the viruses do not break out? For example, with so-called kill tanks in which the wastewater is heated so that every germ in it dies. In the sealed-off basement, a special carcass disposal system is also waiting to be put to use: entire animal carcasses can be immersed in huge metal cauldrons filled with potassium hydroxide – so that they dissolve completely until only a few crumbs of dust and particles remain.

Reims on the map 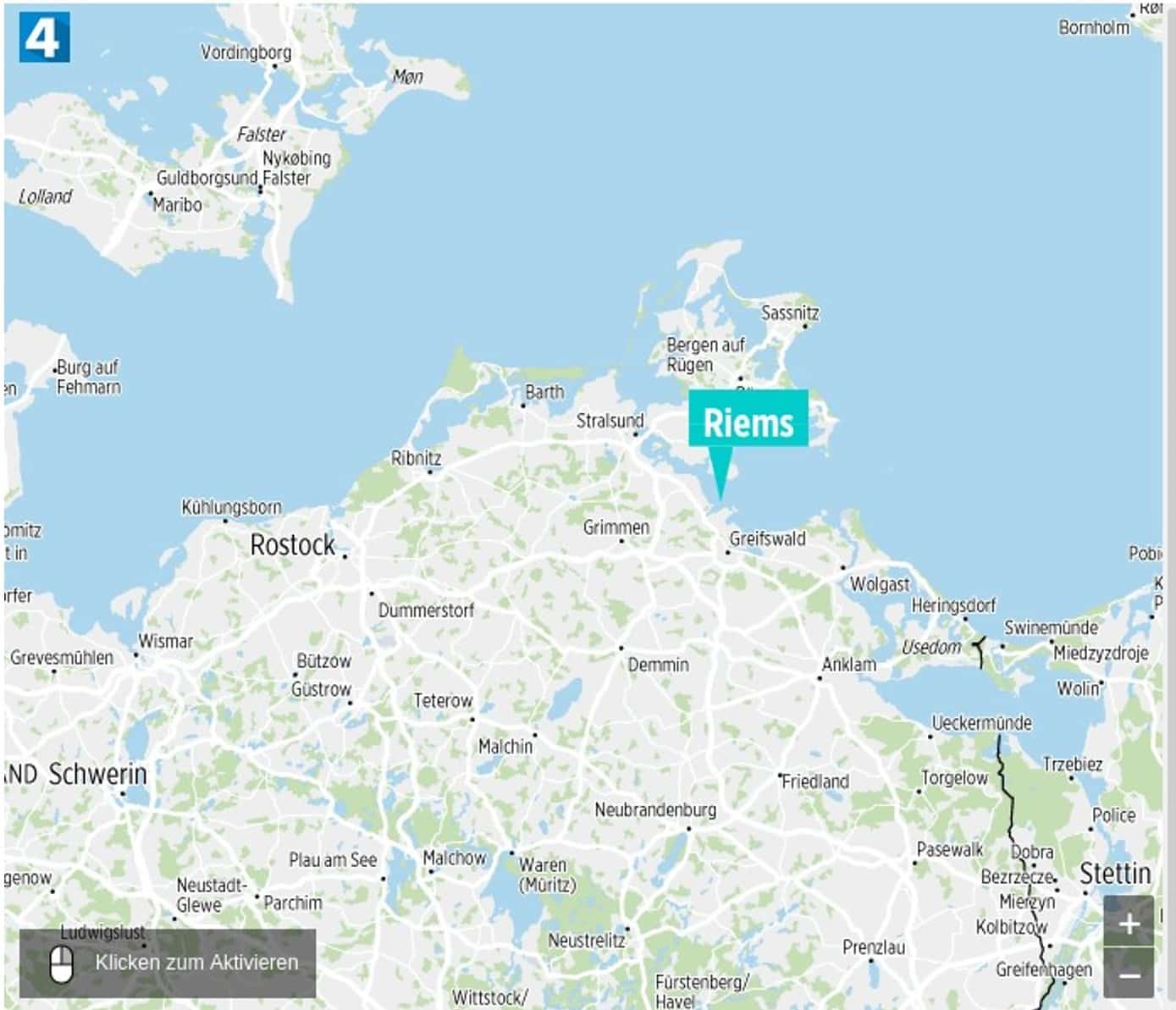 SOURCENordkurier.de
ATTENTION READERS
Due to the nature of independent content, VT cannot guarantee content validity.
We ask you to Read Our Content Policy so a clear comprehension of VT's independent non-censored media is understood and given its proper place in the world of news, opinion and media.