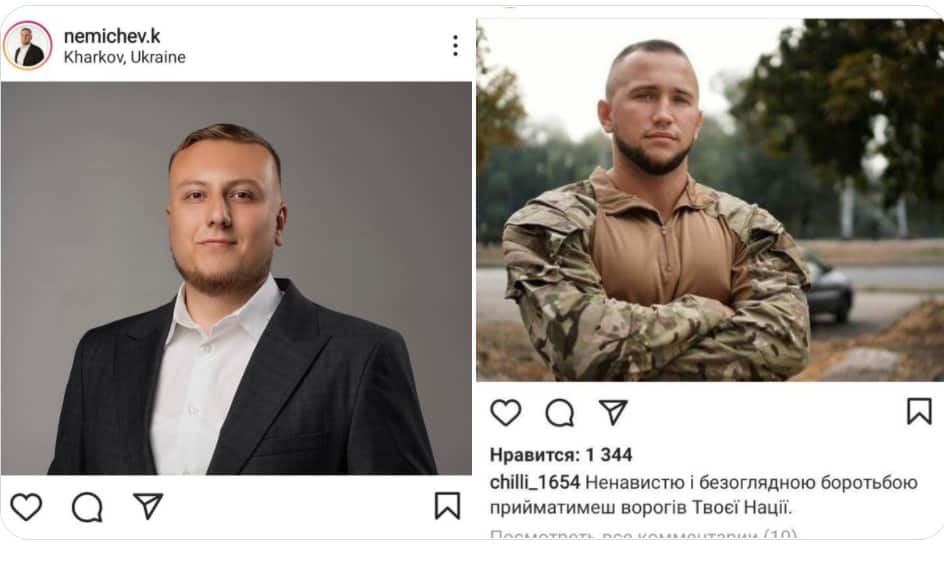 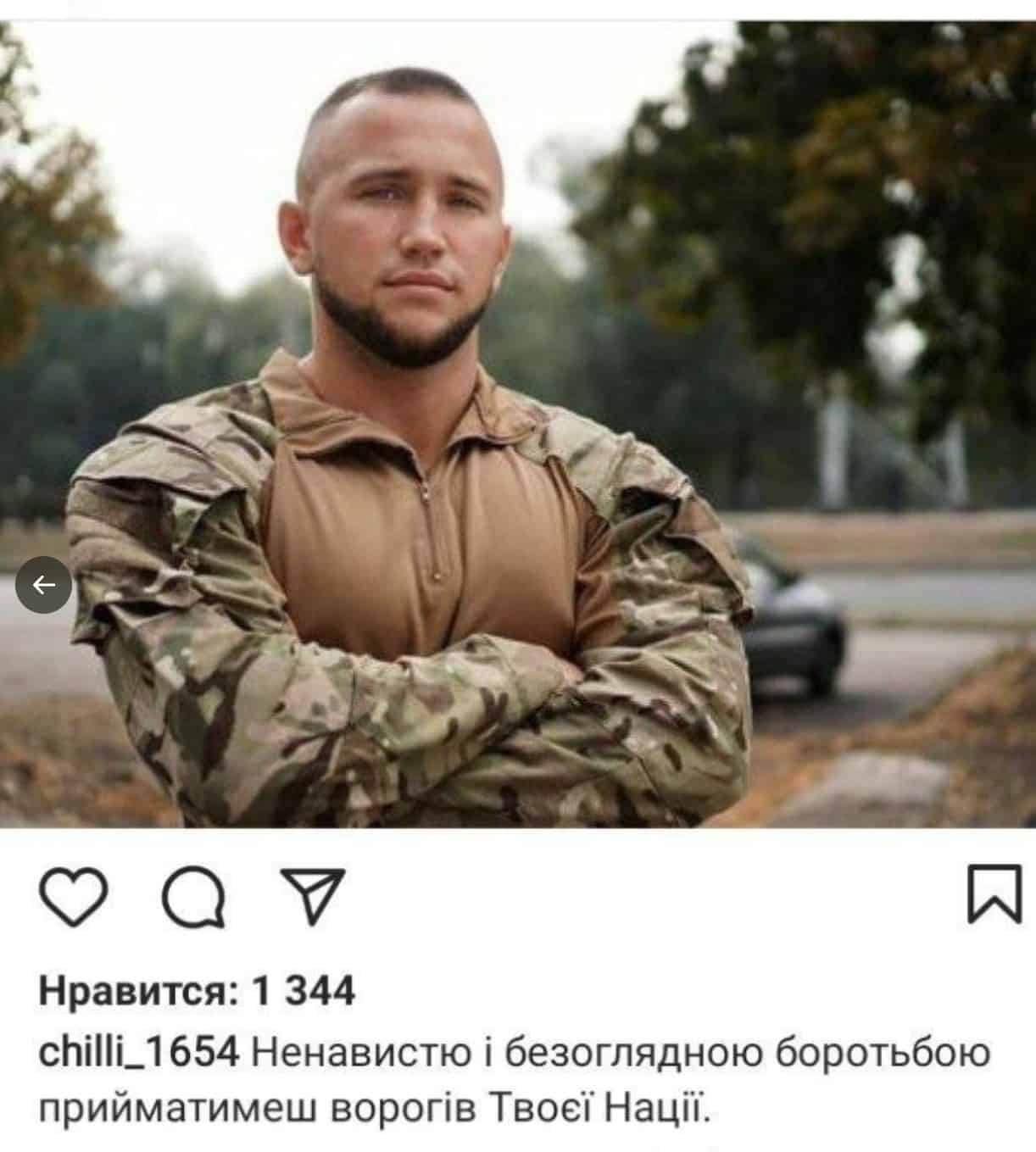 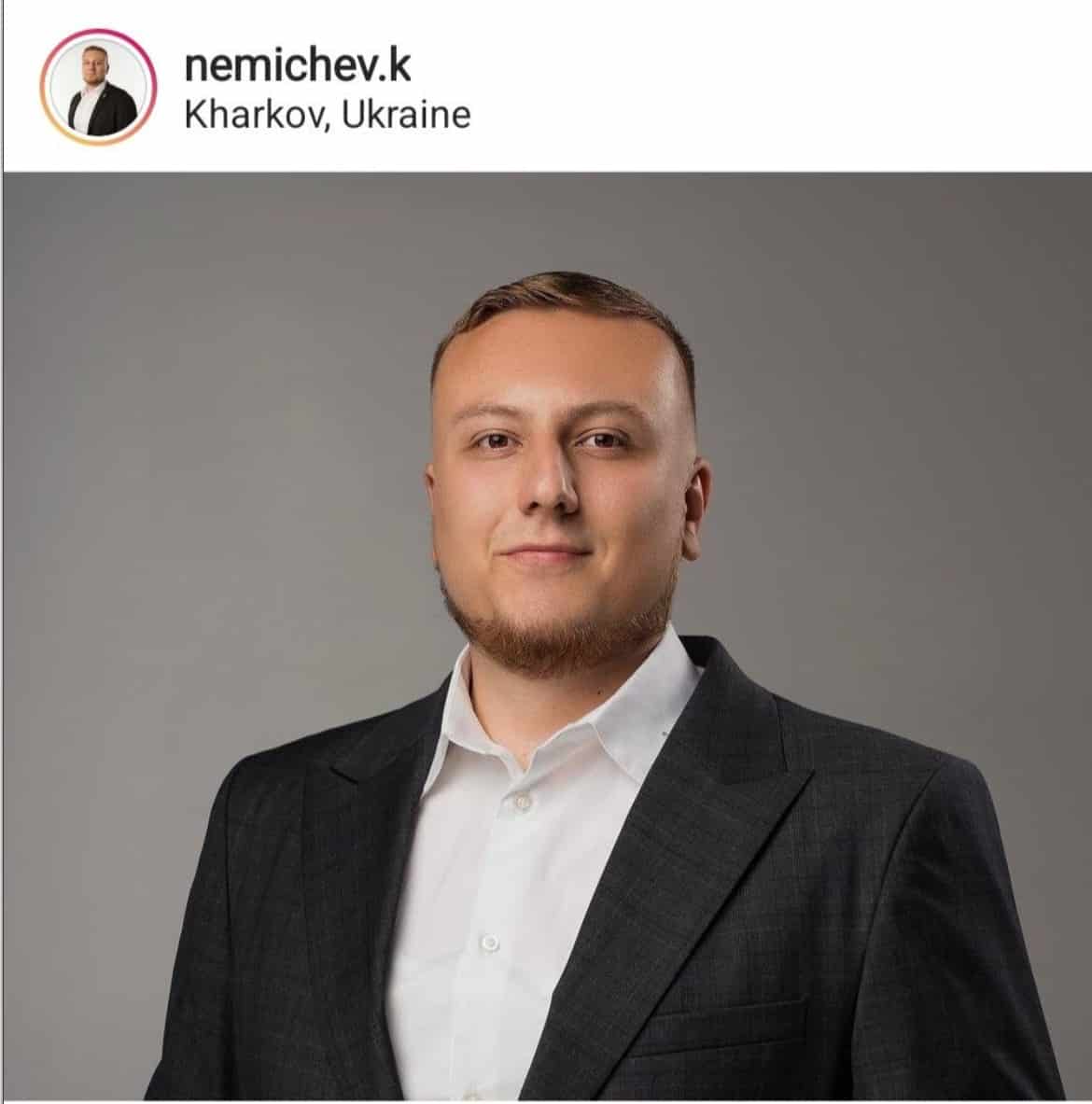 See how these monsters lived:

Russian special forces captured the Ukrainian servicemen, who participated in the torture of Russian military men, Vladimir Shamanov, deputy chairman of the State Duma Committee on the Development of Civil Society, Issues of Public and Religious Associations said.

⚡️Captured! Russian Spetsnaz (Special Ops) have apprehended the Azovites who, three days ago, tortured Russian POWs, shooting them alive in the legs while they were handcuffed – Vladimir Shamanov, Head of the Defence Committee of Duma.
✔️S. Velichko, 28 y.o
✔️K. Nemichev, 26 y.o pic.twitter.com/LdBSygGobb

The captured men were identified as Ukrainian citizens Sergei Velichko, nicknamed “Chile” and Konstantin Nemichev “a member of the fan group of local Metalist football club.”

Today they are lying at their feet, asking for mercy," Deputy Head of the State Duma Committee Vladimir Shamanov claims that those who mocked Russian servicemen in Ukraine were captured by Russian special forceshttps://t.co/5ejDkshQJz pic.twitter.com/jlNpGRh5nS

The horrific, blood-chilling video of Ukrainian servicemen torturing Russian prisoners of war appeared on the Internet on Sunday, March 27. The video shows allegedly Ukrainian servicemen shooting Russian soldiers in the legs and leaving them prostrate on the ground bleeding. One of the Russian soldiers dies during the torture, while the Ukrainian army man continues kicking his body which appears to be already lifeless. The video then shows more Russian POWs arriving, and the Ukrainian military men shoot them all in the legs too.

The video of the torture was allegedly made in Ukraine’s Kharkov region. Two of the executioners were identified on social media. One of the alleged perpetrators is a fighter of the Azov* national battalion (banned in Russia), and the other one is a fighter of territorial defense.

Ukrainian soldiers shoot Russian prisoners of war in the legs and afterwards give them a severe beating. At the beginning of the video, there are Russian POWs lying on the ground with bullet wounds in their legs, some of them have got leg bones broken. #WarCrimes pic.twitter.com/t8Wj33X8rv

Soldiers of Russian special forces detained Ukrainian servicemen who, according to preliminary data, tortured captured Russian soldiers. This was stated by Deputy Chairman of the State Duma Committee on the Development of Civil Society, Issues of Public and Religious Associations Vladimir Shamanov.

Ukraine government investigates video alleged to show torture of Russian PoWs https://t.co/QCIa9ln50f Somebody is getting awake after a month…it was a long sleep as well

At a round table held earlier on Tuesday, the deputy chairman clarified that citizens of Ukraine Serhiy Velichko, nicknamed Chile, and a fan of the Kharkov football club Metalist Konstantin Nemichev are suspected of committing crimes, writes NSN.

Earlier, the UN called for an investigation into the incident, which was caught on video. We are talking about the Ukrainian military, which shoots through the legs of captured Russian soldiers.

SOURCESVPressa.ru
ATTENTION READERS
Due to the nature of independent content, VT cannot guarantee content validity.
We ask you to Read Our Content Policy so a clear comprehension of VT's independent non-censored media is understood and given its proper place in the world of news, opinion and media.