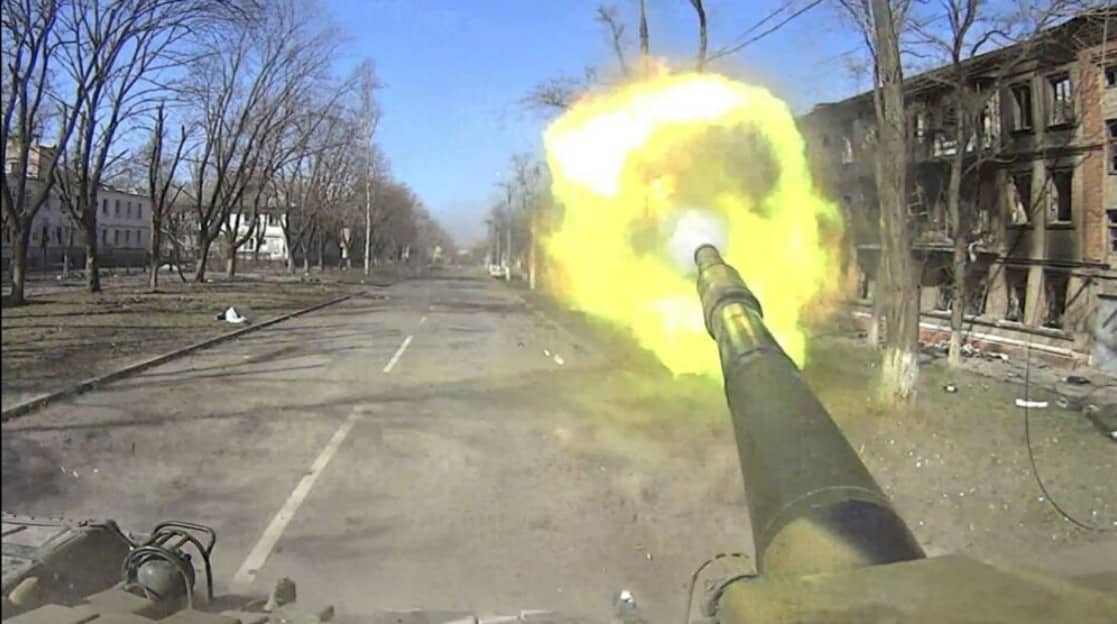 Southfront – On March 30, the Russian Ministry of Defence commented on the decision to decrease the military activities in the Kiev and Chernihiv regions, following the Kiev-Moscow negotiations in Istanbul. It was clarified that the main tasks of the Russian forces in the Kiev and Chernihiv directions have been completed.  Russian forces are regrouping in order to intensify military actions in other priority areas and, above all, to complete the operation for the complete liberation of Donbass.

” The first stage of the special military operation conducted by the Russian Armed Forces in Donbas and Ukraine was planned to force the enemy to concentrate its forces, means, resources, and military equipment to hold on to highly populated areas in these directions, including Kiev. To bring them down on the battlefield and, without storming these cities to avoid civilian casualties, inflict such a defeat on the armed formations of the Kiev regime that it would not be able to use these forces in the main direction of our Armed Forces in Donbass.

All these goals have been met.

At the same time, the Russian army also solved another task, namely – in the absence of an inflow of fresh enemy forces from the western and central regions of Ukraine, through professional military action, using the absolute air dominance it had gained, also using modern high-precision weapons – to create all the necessary conditions for the final stage of the operation to liberate the People’s Republics of Donbass.

To this end, the long-term defensive fortifications created by the Kiev regime over eight years have been, and continue to be, continuously targeted. All major lines of communication, supply, and reserve approaches are taken under full control. Ukraine’s air defense systems, airfield infrastructure, major military depots, training, and mercenary concentration centers have been destroyed. Work on them continues.

Thus, all the main tasks of the Russian Armed Forces in Kiev and Chernigov directions have been completed.” – according to the Russian MoD.

As soon as the Decision of the Russian MoD was declared, fierce fighting broke out on the outskirts of the capital. Massive shellings were reported all around the region. Fierce fire exchange continued on March 30. Any changes on the front lines in the Kiev and Chernihiv regions are yet to be reported.

Kiev-Zhytomyr highway is still cut by Russian forces. In this area, clashes continue near the town of Makarov, which is under AFU control, and the town of Irpen. Earlier, Kiev declared control over Irpen. On March 30, Ukrainian officials confirmed that fierce clashes continue in the town.

To the East of the capital, the Kiev-Poltava highway is still under AFU control. Clashes continue near the town of Brovary, no changes on the front lines were confirmed.

The city of Chernihiv is still blockaded by Russian forces. No assault operations were carried out in the cities of Kharkiv and Sumy. It is expected that Russian forces will significantly increase their military operations in the Kharkiv direction. So far, artillery shellings on the city outskirts continue with no changes on the front lines.

The moment of the explosion of the gas pipeline in Kharkiv:

The Russian Ministry of Defence declared that the humanitarian situation in a number of cities under the control of Kiev continues to deteriorate rapidly, the most critical situation is developing in Kharkiv.

According to the Russian Ministry, the terrorists of the National Security Forces have created so-called ‘flying death squads’ which are driving around the streets of the city, firing indiscriminately.

On March 30, the head of the investigative department of the Main Directorate of the Kharkiv National Police, Sergei Bolvinov, reported that two people were killed yesterday, having blown up on a mine, and five others were injured. He called on civilians to stop trying to leave the war zone.

So far, no breakthrough advances were reported in the area of Izyum. Russian forces are concentrated on the left bank of the Seversky Donets River slowly heading to the South towards Slavyansk. The villages of Kamenka and Staraya Kamenka are reportedly under the control of Russian forces.

The AFU continues amassing forces in the area. Rare Ukrainian aircraft attempt to hit the Russian grouping near Izyum and Kamenka.

At the same time, slowly advancing from the East towards the Russian grouping near Izyum, the offensive of the LPR People’s Militia continues. On March 30, it was confirmed that the LPR took control over the village of Terny located to the northwest of Severodonetsk. The mop-up operation began in the town of Zhitlovka in the same area.

Fighting continues in the Severodonetsk-Lysychansk region and in the Popasnaya area. Any advances are yet to be reported by any of the warring sides. LPR units supported by Chechen fighters continue the mop-up operation in the town of Rubezhnoe.

In the area of Gorlovka, fierce positional fighting continues.

In the Ugledar region, Russian troops advanced 8 km to the north and reached the town of Velikaya Novoselka. The Ministry of Defense of the Russian Federation declared that the Russian troops had crossed the Shaitanka River and are fighting on the near approaches to the town, which is an important transport hub. The control over the town is necessary for the development of the Russian offensive to the rear of the AFU groupings in Donbass.

After the failed offensive of the AFU from Mykolaiv towards Kherson, clashes continued on the border between the two regions. Clashes also broke out th the village of Novovorontsovka located in the North of the Kherson region near the Dniepr River.

The destruction of the Azov regiment and the remaining AFU forces continues in Mariupol. Clashes continue in districts of the city. DPR servicemen are concentrated on moping up of the left-bank area of Mariupol, where the Azov units were divided into two parts, as well as advancing in the south-western part of Mariupol. The Central and Kalmius districts of the city are being slowly moped up.

The Russian Armed Forces declares a ceasefire regime from 10 am Moscow time on March 31, in order to open an additional humanitarian corridor for civilians from Mariupol to Zaporozhye.

On March 30, a missile strike hit a large warehouse in Brovary near Kiev. Military equipment supplied to Ukrainian security forces by Western countries was stored there.

Two other Russian missiles destroyed an oil depot near Dnepropetrovsk. No civilians were injured. A Ukrainian defence was also reportedly destroyed in the region, what is yet to be confirmed.

Another bomber of the AFU Air Forces was shot down in the sky over the Rivne region. The incident was confirmed by the Russian Ministry of Defence.

The armed forces of the Russian Federation destroyed the S-300 anti-aircraft missile system of the armed formations of the Kiev regime. The video was shared by the Russian Ministry of Defence.

In turn, the Ukrainian Armed Forces continue shelling on civilian settlements in the Donetsk and Lugansk Republics.

As a result of an artillery strike on a residential building on Pinter Street, in the Kirovsky district of Donetsk, 1 civilian was killed, 4 more were injured.

A church was shelled in the village of Varvarovka in the LPR, where civilians were hiding. Among them, there was a Russian military reporter who shared the footage.

More civilian casualties were reported as a result of the shelling in different Donetsk and Luhansk regions. Civilians in the DPR and the LPR have been constantly killed by the AFU during the years-long war. The cruel attacks which are intentionally targeting not military facilities but civilians are another example of inhumane tactics applied by the AFU.