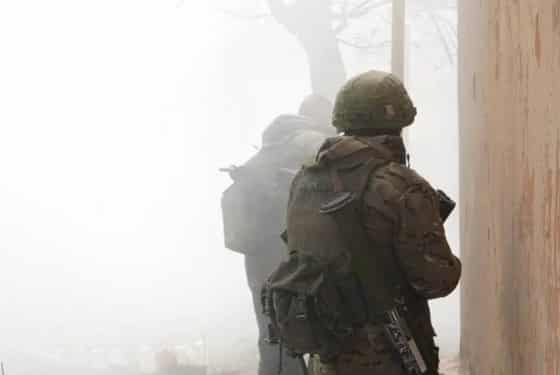 Tass.com – A planned regrouping of troops is being carried out in the Kiev and Chernigov directions, all the tasks of the first stage in these directions have been completed. This is reported by the Russian Ministry of Defense in a new report.

Russian troops suspended the offensive in the area of ​Kyiv and Chernigov in connection with the fulfillment of the task of the first stage. At present, active hostilities are not being conducted in this direction, a planned regrouping of troops is underway. As explained in the military department, the main task of the first stage of the special operation was to gather enemy forces to protect large cities, pin them down in all directions and deprive them of the opportunity to transfer troops to help the Donbass group.

At the same time, the entire military infrastructure was destroyed, the supply lines of the Armed Forces of Ukraine were cut off, and fuel and lubricants, RAV and ammunition depots were destroyed. Air defense and Air Force of Ukraine, airfields and command posts were destroyed. The tasks of the first stage were completed.

The further goal of the Russian troops is to intensify operations in certain areas, the main efforts will be directed towards completing the encirclement of the AFU grouping in the Donbass and the complete liberation of the territories of the DPR and LPR. For this purpose, a regrouping is being carried out.

Meanwhile, the events in the Donbas are beginning to develop actively, the Russian Armed Forces, developing the offensive, broke through the defenses and managed to force the Shaitanka River, wedged into the defenses of the 53rd Motorized Rifle Brigade of the Armed Forces of Ukraine. Fighting is taking place on the outskirts of the village of Velikaya Novoselka. In n.p. Zolotaya Niva is being cleaned up. The advance was 8 km.

In Mariupol, the purge continues, units of the Russian and DPR Armed Forces are working in the city center, the forces of nationalists are concentrated on the factory territory, small groups remain in the residential area, but there are many of them. Snipers are working, including on the civilian population. Despite the lack of ammunition, the resistance is not decreasing, as the DPR stated, there are rumors among the Nazis from Azov * (an extremist organization banned in Russia) that Mariupol will allegedly soon be unblocked either by NATO forces or the Armed Forces of Ukraine. Therefore, there are few prisoners.

Russia’s special operation in Ukraine is entering the phase of the final liberation of Donbass.