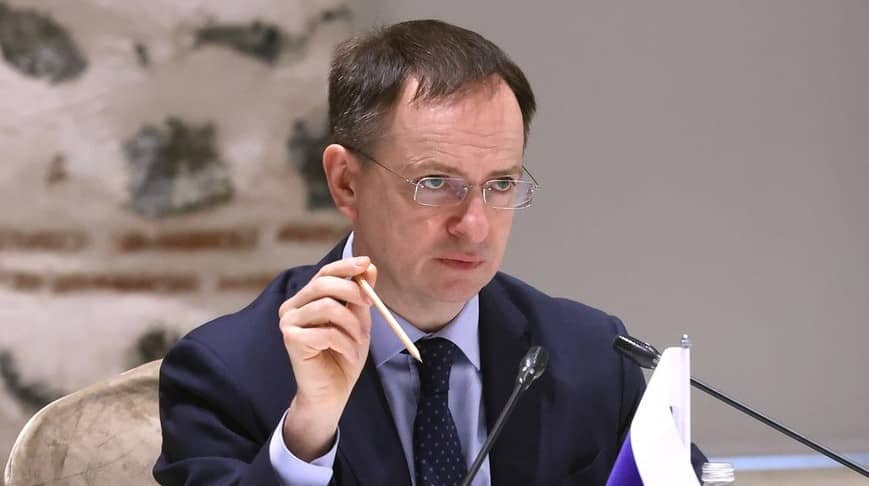 RT: Russia’s lead negotiator, Vladimir Medinsky, said on Wednesday that Ukraine agreed in principle to officially become a neutral country. Ukraine’s bid to join NATO was one of the reasons Moscow said it launched a military campaign against the country last month.

Medinsky made his statement a day after the sides held a peace summit in Istanbul, Turkey. He said the Ukrainian team presented a draft roadmapping a future peace deal.

“Yesterday, for the first time, the Ukrainian party announced, not only orally but also in written form, that it’s ready to fulfill a number of the most important conditions for building normal, and, hopefully, good-neighborly relations with Russia in the future.

Let me remind you that after the 2014 coup d’état in Ukraine Russia has been making these demands to the Kiev regime, to its patrons, especially the United States, for years. Russia proposed negotiations, proposed to conclude various kinds of agreements that were supposed to guarantee Ukraine’s security and provide Russia’s national interests in this area.

All these demands had been ignored for years. And the North Atlantic Alliance has also been creating an anti-Russian foothold from Ukraine, more precisely, from Ukrainian territory, for years.

Ukraine’s entry into NATO, the creation of NATO military bases on its territory seemed to be a settled issue. It was a matter of time.

I’ll note, and this has already been proven, that there were also efforts on creating biological weapons. Moreover, the issue of Ukraine’s acquisition of nuclear weapons was also made public knowledge.

All these years, the Kiev regime has carried out an open genocide against the residents of Donbass. There’s a lot of evidence for this. There’s irrefutable evidence that Kiev was planning to launch an offensive against Donbass in the near future. In that case Russia would have had to stand up for tens and tens of thousands of our Russian citizens living there anyway.

Under these circumstances, Russia was forced to launch a pre-emptive special military operation.

Yesterday, for the first time in all these years, the Kiev authorities declared that they are ready to negotiate with Russia and conveyed the provisions of a possible future agreement, which states the following:

• the refusal to join NATO, fixation of Ukraine’s bloc-free status;

• the renunciation of nuclear weapons;

• an obligation to conduct troop exercises only with the consent of the guarantor states, which must include Russia.

That is, Ukraine stated that it’s ready to fulfill these demands that Russia has been insisting on all these years.

If all these obligations are fulfilled, the threat of creating a NATO bridgehead on Ukrainian territory will be eliminated.

That’s why it’s so important to agree upon this treaty at the highest level.

However, the negotiations and our work continue.

I’d like to stress that Russia’s position regarding Crimea and Donbass remains the same.”