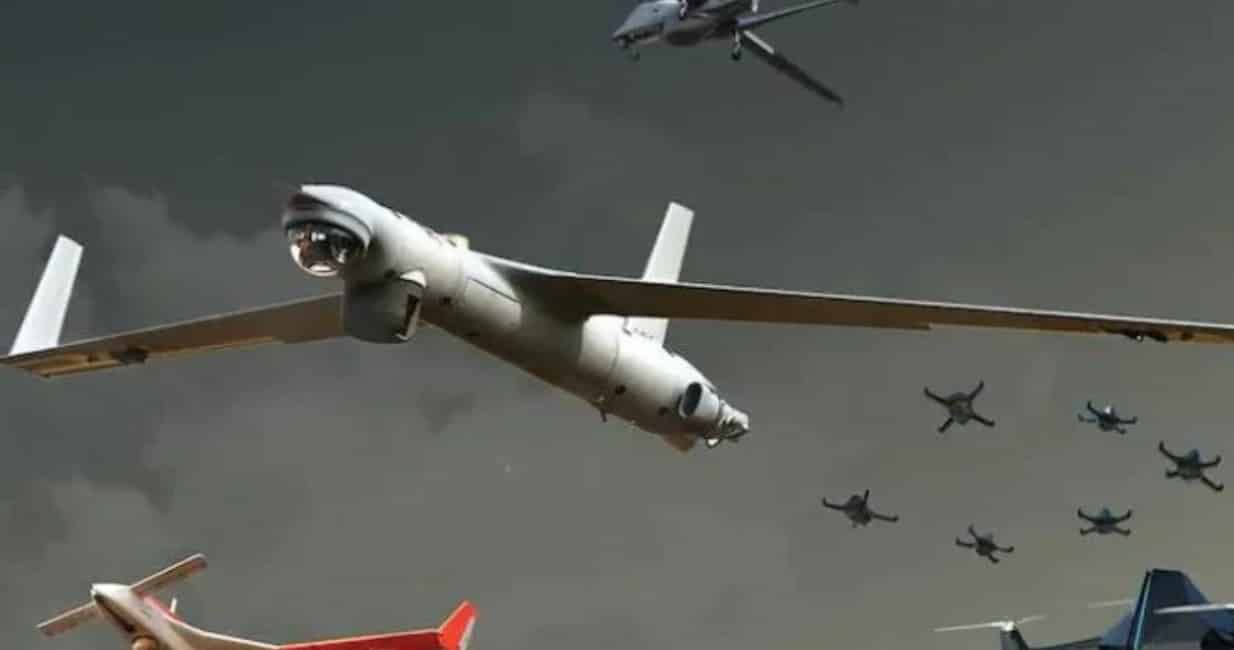 Documents and other evidence from US-funded laboratories in Ukraine suggest that Kiev was planning to use drones to deploy pathogens against the Donbass as well as Russia, the Russian Defense Ministry said on Wednesday.

Moscow has also identified specific US officials involved in the development of bioweapons in Ukraine.

Of particular interest to Russian investigators are “documents testifying to the plans of the Kiev regime to use unmanned aerial vehicles capable of carrying and spraying deadly substances,” military spokesman Major General Igor Konashenkov said during a briefing.

#disinformation #agitprop#SouthOssetia KGB accuses #Georgia of spreading diseases via UAV's and drones, linked with US and #Lugar Biolab Tbilisi. https://t.co/JajVHeRpLX

Facts in the possession of the Russian military “prove that the Kiev regime was seriously considering the possibility of using biological weapons against the population of the Donbass and the Russian Federation,” Konashenkov added.

Russia has also identified “specific officials who took part in the creation of components of biological weapons,” the general added. He did not name any of them, however, saying only they were “the heads of divisions and employees of the US Department of Defense, as well as its main contractors.”

These campaigns were “directly related to the son of the current US president, Hunter Biden,” Konashenkov added, citing investigations in the Western media. Last week, the Daily Mail published emails showing Biden’s ties to the Pentagon contractor Metabiota, which specialized in researching pandemic causing pathogens that could be used as bioweapons.

"Regarding biological weapons laboratories, the documents that reveal the plans of the Ukrainian regime 🇺🇦 to use drones to transport and disperse substances are particularly interesting."

Hunter Biden’s involvement in the US funding of Ukrainian Biolabs was brought up by Lieutenant General Igor Kirillov, commander of the Russian Nuclear, Biological and Chemical Protection Forces, in a briefing last Thursday.

The results of the further analysis of documents and other evidence obtained from Ukrainian Biolabs will be shared in more detail “in the near future at a special briefing,” Konashenkov promised.

Washington has long claimed that allegations about Pentagon-funded bio laboratories in Ukraine were “Russian disinformation.” Earlier this month, however, US diplomat Victoria Nuland testified before the Senate that there were “biological research laboratories in Ukraine” and the US was working with Kiev “to ensure that the materials of biological research do not fall into the hands of Russian forces.”

The border service of the KGB of South Ossetia recorded on June 2 and 3 the use by the Georgian side on a section of the state border in the area of ​​the settlement of Okona and Uista the unmanned aerial vehicles that violated the airspace of the Republic and penetrated into the territory of South Ossetia, the press service of the department reports.

“It should be noted that the Tbilisi regime tried to present this fact as the actions of representatives of South Ossetia, which is clearly regarded by the KGB of South Ossetia as a forgery, evasion of responsibility, direct misinformation of its European and American curators, as well as the Georgian population and the international community. Against this background, according to the information received by the KGB from various patriotic representatives of the Georgian NGO movement, the sanitary-epidemiological situation in the central regions of Georgia poses a significant threat, “the agency said on Wednesday.

According to the press service, the department continues to receive data on the elements of the operational situation in the border and central regions of Georgia.

“The main threat generating factors negatively affecting the security of the Republic and the entire region of the South Caucasus as a whole remain: the provocative activities of the Georgian Ministry of Internal Affairs on the South Ossetian_Georgian State border, the coronavirus pandemic, the Georgian authorities restricting freedom of movement for representatives of the Georgian NGOs and civil society, as well as access to objective information about the processes taking place at the border, the activities of the so-called “R. Lugar Public Health Research Center” in the territory of the neighboring state “, the KGB noted.

It was added that, in particular, in May, engineering works had been resumed at the police post of the Ministry of Internal Affairs of Georgia in the village of Atotsi, Karelian municipality.

“Along the perimeter of the parapet, car tires filled with rocky soil were laid, places equipped for surveillance, and firing positions were covered with camouflage nets. Additional seven floodlights were installed at the approaches to the post in the direction of South Ossetia. Despite the statement by the Tbilisi regime to localize the threat of spread in the country new Covid-19 coronavirus patients continue to appear in the Georgian border settlements, for example, foci of coronavirus spread in the villages of the Gori municipality: Didi-Khurvaleti (two cases), Plavismani (nine cases) and Koshra (two cases). In the Sachkher municipality, was also recorded a case of repeated coronavirus infection, “the department emphasized.

In addition, the Georgian side returned to the practice of using small aircraft along the state border.

“So, on May 28 and 29, helicopter flights were recorded in the Leningor and Znaur directions. At the same time, no notifications were received from the South Ossetian representatives via the IPRM channel.

Tbilisi continues to hide from its population THE information about the real situation in the South Ossetian Georgian border area. The activities of national and international NGOs are prohibited, the most active representatives of the Georgian civil society are harassed and become victims of targeted provocations. Considering the available information on the development of unmanned aerial vehicles (UAVs) in the United States capable of spreading infected insects, as well as the Lugar’s laboratory conducting a whole range of studies related to infected mosquitoes, the resurgent cases of the appearance of Georgian drones over the territory of South Ossetia are of particular concern, ” noted the KGB.

It was added that in mid-May, residents of the village of Khando of the Akhalkalaki municipality had found a large number of dead birds near the village, unloaded from trucks by unknown people in protective uniforms and masks.

“This fact caused concern among the local population, because earlier, in April 2020 an outbreak of Congo Crimean hemorrhagic fever was recorded in the municipality, which led to more of ​​poultry and livestock.

The first case of the mentioned epidemiological disease in Georgia was recorded in 2014 (34 people fell ill, 3 died). The spread of the infection coincided in time with the beginning of the “study of the causative agent of this disease” in the center of Lugar in Tbilisi. At the same time, there is no information in the official media of Georgia on the real state of affairs in the Akhalkalaki municipality, “the department emphasized.

In addition, the KGB draws attention to the counterproductive actions of the Georgian side to establish a new modular design in the territory of the post of the Ministry of Internal Affairs of Georgia in the village of Odzisi, the Khashur municipality, in which it is planned to place a medical unit equipped with special equipment designed to collect biological material from citizens of South Ossetians of the Georgian nationality, followed by its sending to the Lugar laboratory.

“This decision was made after May 1, 2020, when the US Ambassador to Georgia K. Degnan and Deputy head of the State Security Service of Georgia, curator of the South Ossetian direction of the Service, A. Khodzhevanishvili, visited this settlement.

The Tbilisi regime continues to encourage citizens of South Ossetia to illegally cross the State border in order to conduct medical examinations on the territory of Georgia through family and friendly ties. In this regard, the KGB of the Russian Federation appeals to all concerned citizens of Georgia patriots of their Fatherland, employees, and heads of non-governmental organizations, to strengthen public, civil, and personal control over the activities of the Lugar research center for public health. In case of availability or receipt of any information about the destructive activities of the Lugar laboratory, American specialists and advisers, as well as materials and documents confirming the involvement of the laboratory’s management and employees in the development and use of combat viruses, provide them to the South Ossetian side for study and publicizing,” the KGB stated.

The press service has noted that the coronavirus pandemic and the activities of the Lugar center are important regional problems that must be resolved by the joint efforts of all parties interested in this matter.

SOURCECominf.org
ATTENTION READERS
Due to the nature of independent content, VT cannot guarantee content validity.
We ask you to Read Our Content Policy so a clear comprehension of VT's independent non-censored media is understood and given its proper place in the world of news, opinion and media.