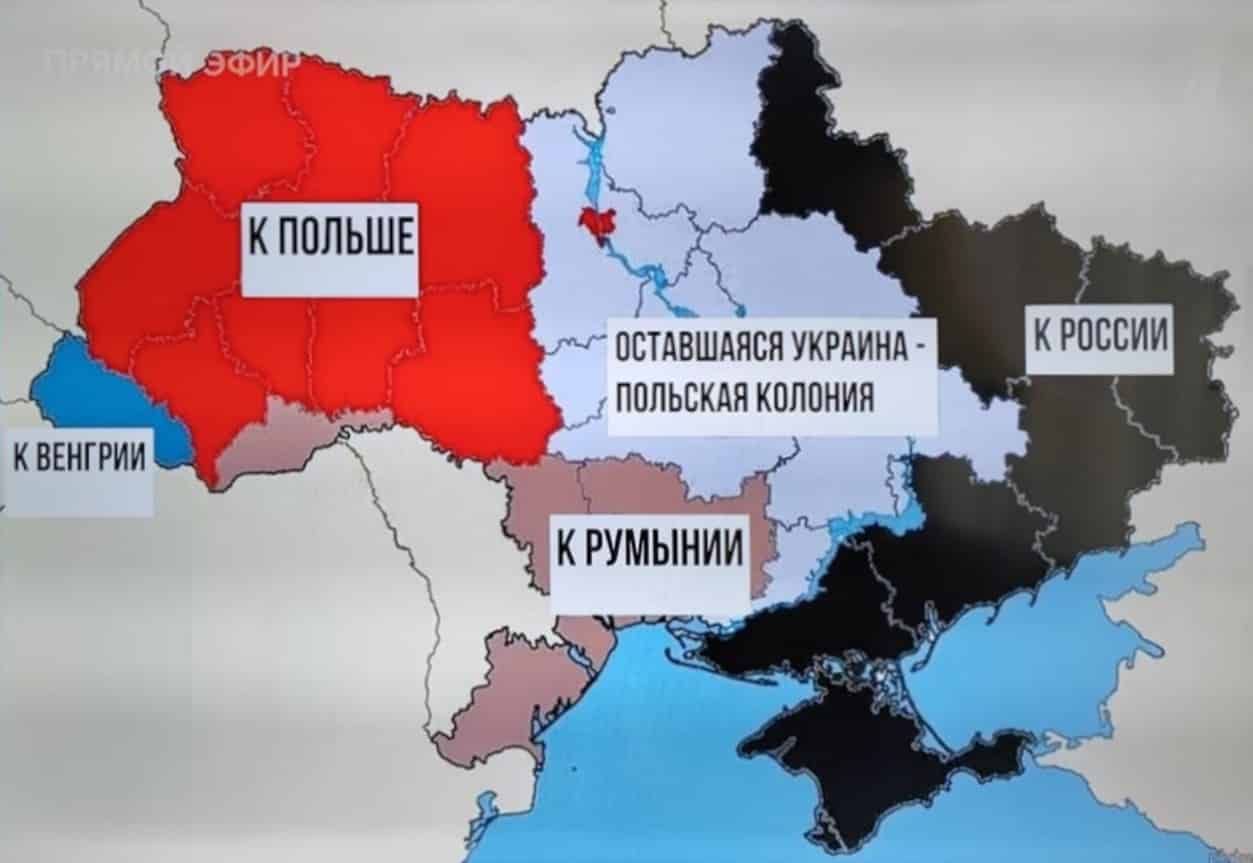 Forbes – The Ukrainian conflict may end according to the Korean scenario, as a result of which the country will be divided into two parts, Mark Episkopos, a journalist for the American newspaper National Interest, believes.

In his material, the author cites the statements of some Ukrainian officials who do not exclude the emergence of another people’s republic on the territory of their country, in particular, Kherson.  This is another map used on Polish television: 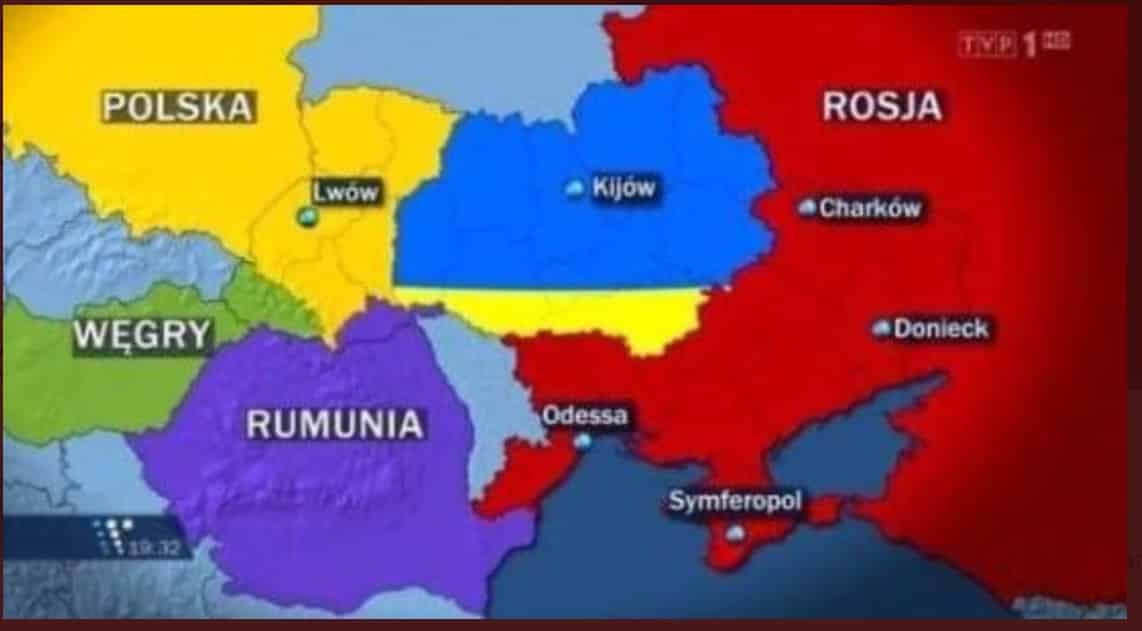 How justified are these conclusions? Can Ukraine be divided? After all, Moscow set the goal of the complete demilitarization and denazification of the country. Any half-hearted decisions can lead to the nullification of all achievements, to the fact that the conditional right-bank Russophobic Ukraine will accumulate strength and again try to recapture the lost territories, including the Donbass and Crimea …

“I think it’s not the General Staff, but the political leadership of Russia that determines the tasks and goals of the operation in Ukraine,” says Larisa Chesler , chairman of the Union of Political Emigrants and Political Prisoners of Ukraine.

– The words of the military about the end of a certain stage are only a form of the report of the military on the work done, and this is the only way they should be perceived. This sounds especially frivolous from the lips of foreign experts who simply pass off their conclusions sucked from the finger as serious analytics.

“SP”:  – It is believed that Ukraine is divided along the Dnieper into a pro-Russian left bank and an anti-Russian right bank. How real is this divide? Did everything mix up after 2014?

— Yes, left-bank and right-bank Ukraine are traditionally perceived as parts of one country that do not coincide in political vector.

However, this has not been the case for a long time. Some of the most ardent nationalist groups are made up of people from Kharkov, Dnepropetrovsk, Donetsk and Zaporozhye. During Ukraine’s independence, the Ukrainian education system, the media, movies, and so on have formed an unthinkably hostile part of Ukrainian society against Russia.

This manifested itself even before 2014 when the Kharkov Nazis were the main culprits of the Odessa tragedy on May 2, but it especially developed after the Euromaidan.

“SP”: – Talk about the division of Ukraine, in the sense – about the separation of the southeast from it, is probably no longer relevant today? After all, without the denazification of the whole of Ukraine, all this will not make sense, sooner or later Kyiv will want revenge …

“I am sure that any, even the smallest part of Ukraine that remains unaffected by the denazification process, sooner or later will become another source of infection of Bandera and Nazism.

A fragment of Ukrainian statehood, sooner or later, with the support of the West, will start another campaign against Russia. The West will give him weapons, and air defense, and aviation, pump him with money, and Russia will once again have to fight this threat.

“SP”: – If you nevertheless imagine such a scenario, will it really look like the coexistence of two Koreas, ready to resume the war at any moment?

– This scenario will be much sharper than the neighborhood of North and South Korea. Neighborhood with Poland and other EU countries of Western Ukraine will allow uncontrolled pumping it with all means of war.

In addition, the DPRK, despite the sanctions, is a generally recognized country, a member of the UN together with South Korea.

In the case of the remaining part of Ukraine under the Bandera regime, the rest will never be recognized as a sovereign country, and this will entail huge economic problems for many years.

This scenario does not solve the main task set by Russia – the organization of the territory from which it is impossible to start a war with Russia. Instead of a friendly neighboring country, Russia will receive another source of future conflicts and threats.

“SP”: – Or maybe in Ukraine, as the Western media write, for example, the Kherson Republic will appear?

– I think the scene with the organization of people’s republics is no longer relevant in connection with the developing course of a special military operation. Today, the population in the liberated territories is intimidated, not sure that Russia will not abandon them, which means that one cannot count on manifestations of public activity in this direction.

It is necessary first to complete the military phase of the operation, and then to look for a form of organization of the liberated territories, given the enormous inflatedness of their bookmarks by the SBU, trained by agents and hostile officials.

The declared goals of denazification and demilitarization of Ukraine determine the long-term tasks of Russia in Ukraine. These tasks imply the elimination of the hostile Russophobic course of Ukraine.

But there will be no completely independent state formations on the territory of former Ukraine.