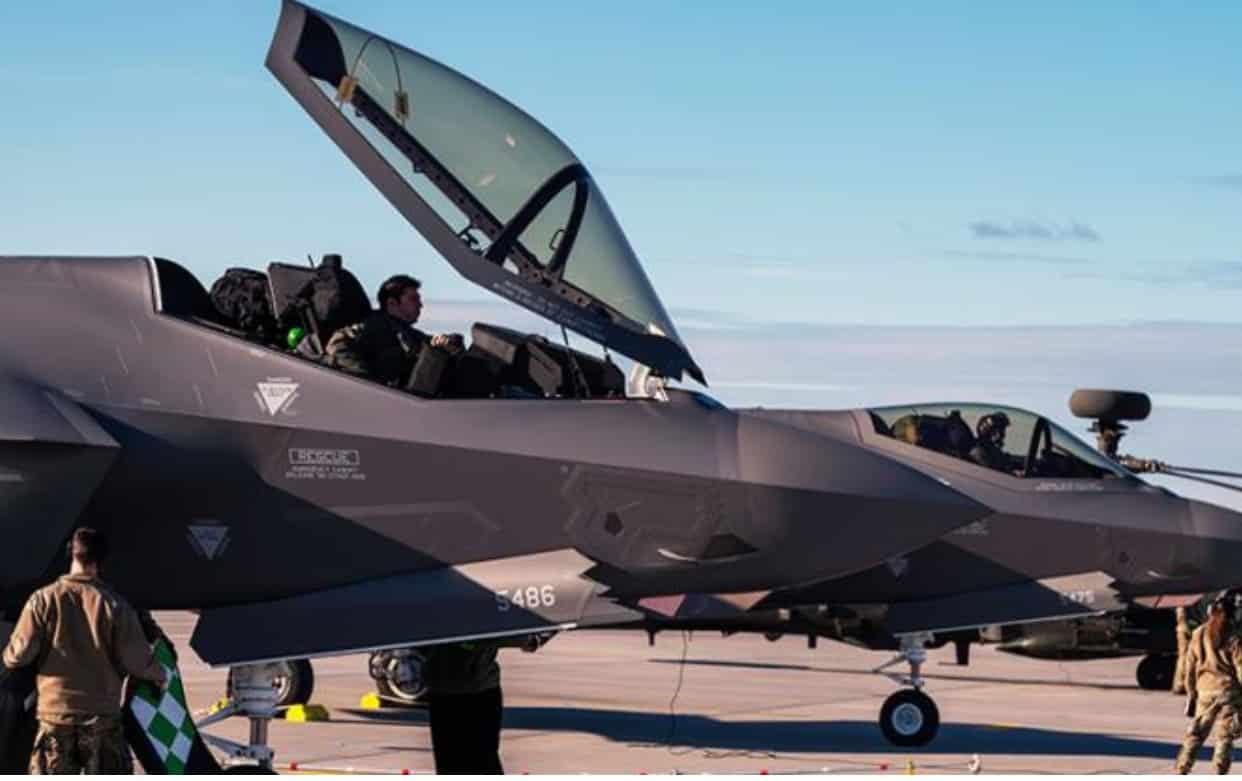 NovorosInform.Org: The military program, which for a long time in America was called the cornerstone, went under the knife. Now, instead of the 48 Lightning II almost guaranteed just the day before, the Pentagon will acquire 33. This is the minimum below which production should simply be closed. It also follows from this that the project is kept for image reasons. No more.

Despite the fact that the US Department of Defense does not seem to abandon the original plan to purchase 1763 F-35s, it will take half a century at this rate. US Air Force Secretary Frank Kendall, though exuding optimism, nevertheless admitted that the prospects for obtaining adequate funding will become more difficult in subsequent years.

Lauren Thompson, a Forbes pundit, met and spoke with Kendall, after which he wrote: “I left the meeting with the feeling that the reduction of the F-35 was not his idea and this is certainly not what the air force would like in the future.”

But is it really so? The same Frank Kendall, when he worked in the Pentagon’s purchasing department from 2010 to 2016, was so tormented with this aircraft that he even limited its production for two years, and again to a minimum.

“Why cut our most important military aircraft program now?” asks Lauren Thompson and answers himself: “The F-35 is the only next-generation combat aircraft that is currently being produced in the United States. The Air Force has consistently stated that the F-35 is critical to maintaining air supremacy in Europe and Asia. Curtailing the program while Russian bombers strike targets in Ukraine on a daily basis does not make sense.”

The joke, however, is that instead of the “novelty” that the Lightning II supposedly is, Biden, at the suggestion of the Stars and Stripe’s generals, plans to spend many hundreds of millions of dollars in 2023 to modernize 60-year-old B-52 bombers and to buy F fighters -15, the development of which began in 1969.

The Pentagon responded to a request from Forbes that planners have very good reasons for increased spending on obsolete aircraft. At the same time, the press service of the defense department refused to explain why the B-52 and F-15, which in the States only the lazy did not call junk, deserve a higher priority than the super-duper “invisible”. By the way, even a letter from Lockheed Martin lobbyists did not help, saying that the reduction in the production of the F-35 will have “an immediate negative and dramatic impact on our business and thousands of jobs.” They will cut them alive.

Some of the “talking heads” there already explained that the Yankees are preparing for a real war, and, therefore, the US Air Force needs normal cars.

One more clarification needs to be made here: the defense budget, called by Biden a “historic investment”, is a record $773 billion, almost $31 billion more than the Pentagon was allocated in 2022. But taking into account inflation at a level of 8% per annum, the US Department of Defense will actually receive financial resources at purchasing power parity less by about $ 20 billion. Plus, the Stars and Stripes Defense Department was charged with the cost of supporting the Armed Forces of Ukraine, helping Afghans who fled after the return of the Taliban* to power, and payment of compensation for the leakage of fuel from the US Navy’s Red Hill storage facility.

At the same time, the dollar printing press, as figuratively they say about the Fed, is red-hot, which could lead to double-digit inflation this year. In other words, the White House will not be able to cover the brutal appetites of the military by issuing a dollar – they will have to choose the best. After all, the situation in the world smacks of war for the United States. No, not with Russia, but, for example, with Iran – against the backdrop of problems with the nuclear deal. Not everything is simple with Taiwan and North Korea.

This means that Washington needs real forces, to which “invisibility” does not seem to apply. For fans of stealth aircraft, the news from the Pentagon that the US Air Force will retire 33 F-22 Raptor fighter jets in 2023, reducing the fleet of these aircraft from 186 to 153. all Raptor in the coming years. Too bad a ratio of costs and combat power.

With the intelligence coming out of Ukraine, the Pentagon is looking to build its broader “attack aircraft portfolio,” including by buying a huge amount of good old F-15s. They are both more reliable and cheaper than the F-35 and carry more combat load.

Business Insider, commenting on the Pentagon’s decision, gave the following assessment of the Lightning II: “Immature, scarce (in terms of parts) and insufficiently tested.”

By the way, in its latest annual report, the Pentagon’s Directorate of Operational Tests stated that by the end of 2021, the F-35 project “continues to demonstrate immature, imperfect and insufficiently tested Block 4 Mission Systems software.”

Understanding this as the fourth attempt to clean up the stealth software, the report says that updating the software did not solve a single problem. On the contrary, overseas programmers have brought the plane to the point that in a number of situations it does not obey the pilot at all. The Block 4 Mission report says in black and white, “Often results in instability issues and/or negatively impacts other functionality.” So the Yankees are scratching their turnips, how to go to an air battle with such a machine.

And due to the fact that the F-35 went into production and at the same time was constantly improved, another difficult problem emerged. We are talking about spare parts, including those needed for the engine. In short, many things do not coincide in aircraft of different years of manufacture.

However, these are trifles. Business Insider writes that the combat performance of the “invisible” is very poor. Not without reason, Kendall told Air Force magazine in August 2021 that the current situation with the Lightning II “looks similar” to its earlier period of operation. Or, as the famous song goes, “No matter what they do, it doesn’t work.”

Thus, the conflict in Ukraine has clearly shown that the F-35 is clearly not the aircraft with which the Yankees can gain air supremacy and crush resistance on the ground. Well, Biden would not harm his Air Force in this situation.

* The Taliban movement was recognized as extremist by the decision of the Supreme Court of the Russian Federation on February 14, 2003, and its activities in Russia are prohibited.