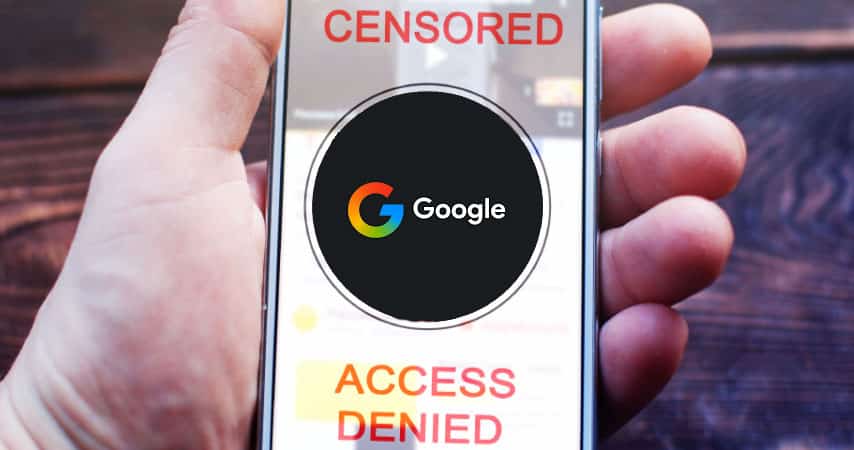 Today, Google sent out a notice to PUBLISHERS via email effectively enacting economic censorship against those who go against the “mainstream”.  Here’s what they sent out today…

Due to the war in Ukraine, we will pause the monetization of content that exploits, dismisses, or condones the war.

Please note, that we have already been enforcing on claims related to the war in Ukraine when they violated existing policies (for instance, the Dangerous or Derogatory content policy prohibits monetizing content that incites violence or denies tragic events). This update is meant to clarify, and in some cases expand, our publisher guidance as it relates to this conflict.

This pause includes, but is not limited to, claims that imply victims are responsible for their own tragedy or similar instances of victim-blaming, such as claims that Ukraine is committing genocide or deliberately attacking its own citizens.

Until next time,
The Google Ad Manager Team

Through its Google AdSense program, they control about 80% of the ad-network traffic for publishers.  This is done by direct ad placements and through bidding systems.  Most all independent ad networks use Google Adsense to increase the bids for their publishers.  In other words, the publishers earn up to 80% more revenue when GoogleAdsense is invited to bid for the space. This is some serious money.

Without Google Adsense, publisher ad revenue can drop significantly to the point of destabilizing a publisher. This is what we mean by “economic censorship”. They don’t ban your website, they just make it so it’s no longer economically viable forcing the publisher into a struggle to survive mode.

For the record, Along with 700,000 plus other publishers, Google Adsense banned VeteransToday.com in 2017 in the Fear of TRUMP Fake News Era.  And now, they are doing this again in the all-out GO UKRAINE era.

In Russia, they simply close media down that does NOT promote the state agenda.  In the USA, they shut you down economically disabling publishers; effectively shooting off their legs while they attempt to run.

VeteransToday.com (VT) has always operated on a shoestring so these tactics will NOT be effective.  But for most publishers that operate using normal business practice, they will be hindered, hampered, and some, ruined to failure.  This is the way the USA engages in censorship.

VT has NO evidence that the Biden Administration has strong-armed Google.  But this “tow the government line” keeps happening over and over.  So somewhere along the chain, somebody must be getting to somebody with some hammer to the head threats because Google is a for-profit money-making machine and over 80% of its revenue comes from Google Adsense.  It makes NO CENTS for them to delete publishers from their lists.   And the beat goes on…