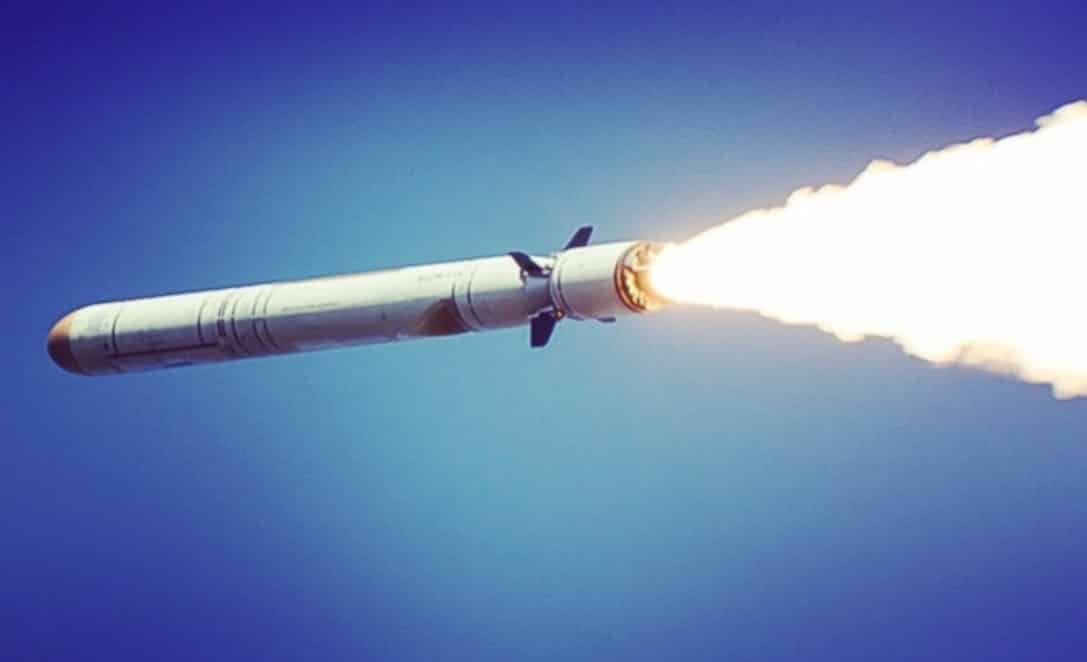 “As a result of a high-precision strike with the Iskander operational-tactical complex on the defense headquarters in the city of Kharkiv on March 31, the elimination of more than 100 nationalists and mercenaries from Western countries was confirmed,” Konashenkov said.

The Russian MoD released footage of the pinpoint strike, which was apparently carried out with an Iskander-K cruise missile.

The Russian army attacked the headquarters of the Ukrainian army in the area of Kharkov with the “Iskander” rocket.

About 100 foreign mercenaries were killed. pic.twitter.com/kGi9Ooo2Dc

The Iskander-K main armament, the 9M728 cruise missile, has a known maximum range of 500 kilometers and a flight altitude of up to six kilometers. The missile is mainly guided by the GLONASS satellite navigation system and INS [inertial navigation system].

The 9M728 is also equipped with a TERCOM [terrain contour matching] system, which allows it to fly at an extremely low level to avoid detection by enemy radars.

Why not hit that place with Iskander ….going to be another 100 visitors to Bandera pic.twitter.com/KX2h8YLYww

The Iskander-K more advanced cruise missile, the 9M729, has a higher yield warhead and a new guidance system for greater accuracy. The Russian military says that the missile has a range of 480 kilometers. Most parts and components of the 9M728 and 9M729 missiles are identical.

The clown president's Ukraine, is winning the war.
rs,rs,rs,rs,rs
Today alone, more than 100 nationalists (Nazis), and mercenaries were killed as a result of a high-precision strike from the Iskander tactical complex in Kharkov.

The Russian military has been using Iskander-K cruise missiles and the 9M723 quasi-ballistic missile of the Iskander-M to strike high-value military targets in Ukraine since the beginning of its special operation in the country.

Iskander missile strike by Russian forces destroyed the defense headquarters in Kharkov, eliminating more than 100 Ukrainian and Western mercenaries the information published says .
The moment of the iskander missile impact on the building. #Ukraine #Russia pic.twitter.com/Z39gwd57HP

Ukrainian government forces, who reportedly lost most of their air-defense capacities, appear to be hopeless in the face of Russia’s never-ending missile strikes.

More than a hundred mercenaries from Western countries, as well as Ukrainian nationalists, were destroyed thanks to high-precision strikes from the Iskander complex. This was stated by the official representative of the Russian Ministry of Defense, Major General Igor Konashenkov. He said that during the strike, the defense headquarters of the Armed Forces of Ukraine in Kharkov was destroyed. It is noted that the operation was carried out last Thursday, March 31.

In addition, at an evening briefing on April 2, Konashenkov announced the liquidation of 30 Ukrainian nationalists by the forces of the LPR units near the village of Borovskoye.

According to the Russian Ministry of Defense, this Saturday, the Russian Aerospace Forces hit 28 military facilities in Ukraine. Thanks to precise strikes, among other things, two depots with artillery weapons were destroyed, as well as several dozen pieces of enemy equipment.

Earlier it became known that the Ministry of Health of the Luhansk People’s Republic found evidence of the use of bacteriological weapons on the territory of the LPR. It was reported that money contaminated with a deadly virus was scattered near one of the schools.

SOURCERia.ru
ATTENTION READERS
Due to the nature of independent content, VT cannot guarantee content validity.
We ask you to Read Our Content Policy so a clear comprehension of VT's independent non-censored media is understood and given its proper place in the world of news, opinion and media.