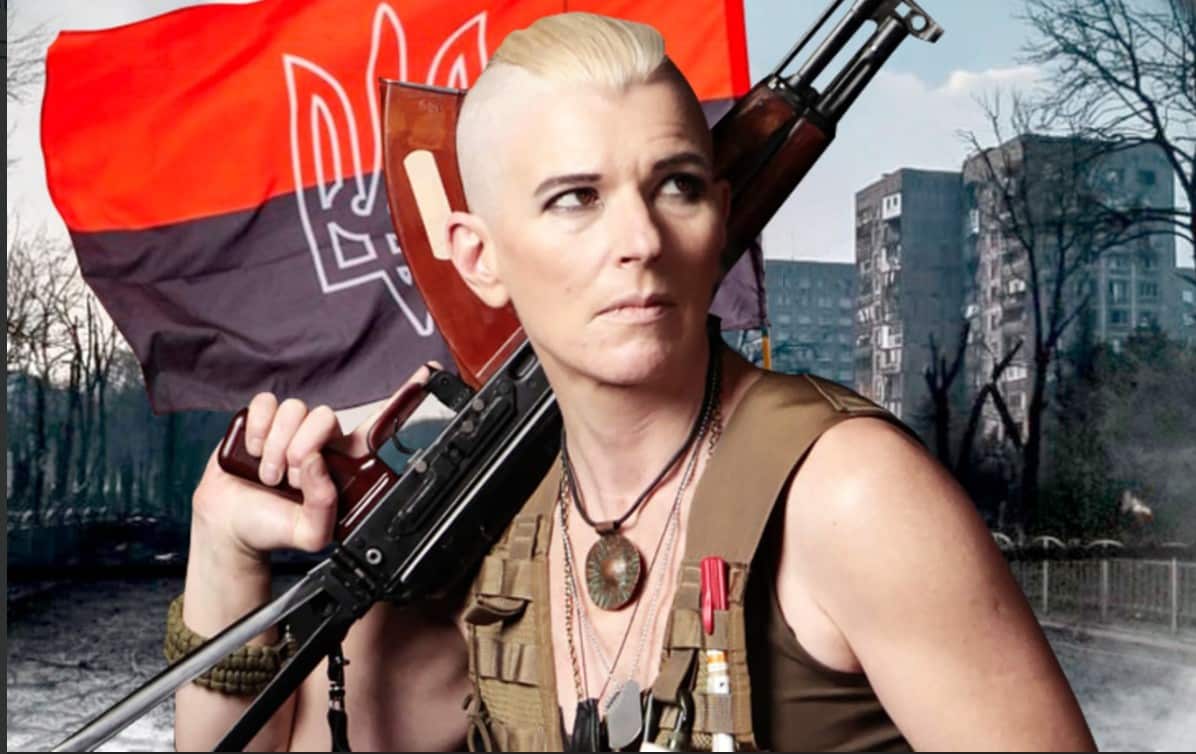 "A member of the Azov National Battalion (banned in the Russian Federation) Yulia Paevskaya (call sign Taira), captured by the DPR People’s Militia, appealed to the battalion soldiers with a request to release the civilian population from Mariupol" https://t.co/xb5IkyO6mg

She wanted to escape from Mariupol along the humanitarian corridor, dressed in civilian clothes and mingled with the locals. Didn’t work out, figured it out!

Yesterday, at one of the checkpoints in Mariupol, they detained Yulia Paevskaya (nickname “Taira”), known in Ukraine as a volunteer and paramedic (without the education), a staunch supporter of the EuroMaidan and a fighter of the Azov regiment.

Her grandfather was a veteran of the Great Patriotic War, and since 2014 she has been helping Hitler’s followers exclusively. Started with a coup d’état on the Maidan. Then, in pursuit of thrills, she went to the ATO, and created her own “peaceful” division – “Angels of Tyra”.

The “blonde beast” decided to leave her brothers and fall off in a quiet way, but the filters work properly. More recently, on social networks, Paevskaya called for the settlement of the Donbass issue by force. Well, here comes the power solution.