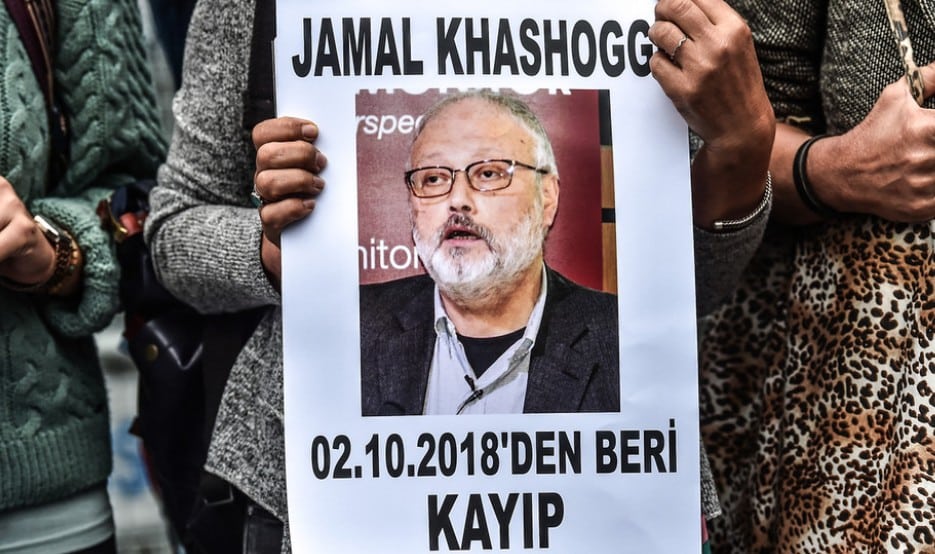 RT/Moscow: Turkey is set to approve the transfer of Jamal Khashoggi’s murder trial to Saudi Arabia, its justice minister, Bekir Bozdag, has revealed. The announcement comes despite claims made by the slain journalist’s fiancée and several human rights organizations that the Saudi leadership was behind Khashoggi’s death, and can’t be expected to hold a fair trial.

Speaking to reporters on Friday, Bozdag said his ministry “will send a positive opinion there regarding the transfer of the case,” adding that the Saudi authorities had officially requested the move. The Turkish minister also made it clear that if a Saudi court acquits the defendants, the case might be resumed in Turkey.

Bozdag’s announcement came after a Turkish prosecutor called on Thursday for the trial of 26 Saudi suspects, none of whom are in Turkey, to be halted and transferred to Saudi Arabia. The official explained that arrest warrants for the defendants could not be executed, and their statements could not be taken anyway, leaving the trial in limbo.

The Turkish court hearing the case requested the Justice Ministry’s opinion and is expected to rule on the transfer of the trial next Thursday.

Around the same time, the prosecutor spoke in favor of the trial being transferred to Saudi Arabia, Turkey’s foreign minister, Mevlut Cavusoglu, described to journalists the current state of relations between Ankara and Riyadh as “stagnation.” The minister, however, noted that “steps are being taken to revive that,” with “concrete” action touted for the “upcoming period.”

In February, Turkish President Recep Tayyip Erdogan signaled that “positive dialogue with Saudi Arabia continues,” adding that Ankara was “waiting for progress through tangible steps in the coming period.”

Khashoggi’s fiancée, Hatice Cengiz, along with a number of human rights groups, condemned the Turkish justice minister’s decision, claiming there is little chance of a fair trial in Saudi Arabia.

Erol Onderoglu, the Turkish representative for Reporters Without Borders, has warned that “sending the case to Riyadh from Istanbul is ending the hopes of justice that all the world owes to Khashoggi.”

Jamal Khashoggi was a prominent Saudi journalist and vocal critic of the country’s government. He relocated to the US in June 2017, finding employment with the Washington Post several months later.

He was last seen alive on October 2, 2018, entering the Saudi Consulate in Istanbul, where he intended to obtain paperwork to marry his Turkish fiancée.

The journalist’s body has not been found to date.

Soon after Khashoggi’s disappearance, the Turkish authorities issued the claim that a Saudi hit squad, acting at the behest of Crown Prince Mohammed bin Salman, killed the journalist and dismembered his body. This version was later backed up by a CIA report.

The Saudi leadership insisted that it had nothing to do with the murder, describing it as a rogue operation that had not received the prince’s approval.

Eight individuals were subsequently tried and sentenced by a Saudi court in 2019, with five men facing capital punishment. However, the next year, the death sentences were commuted to lengthy prison terms. Since none of the defendants was ever named, and the trial was shrouded in secrecy, UN experts and human rights groups dismissed the court proceedings as a sham.

Turkey launched its own trial in 2020, which has remained largely symbolic, as none of the 26 defendants ever appeared in court.

The accusations leveled at Riyadh by the Turkish government at the time strained relations between the two countries, with Saudi Arabia effectively imposing a boycott on Turkish goods, reportedly cutting Ankara’s exports by 90%.