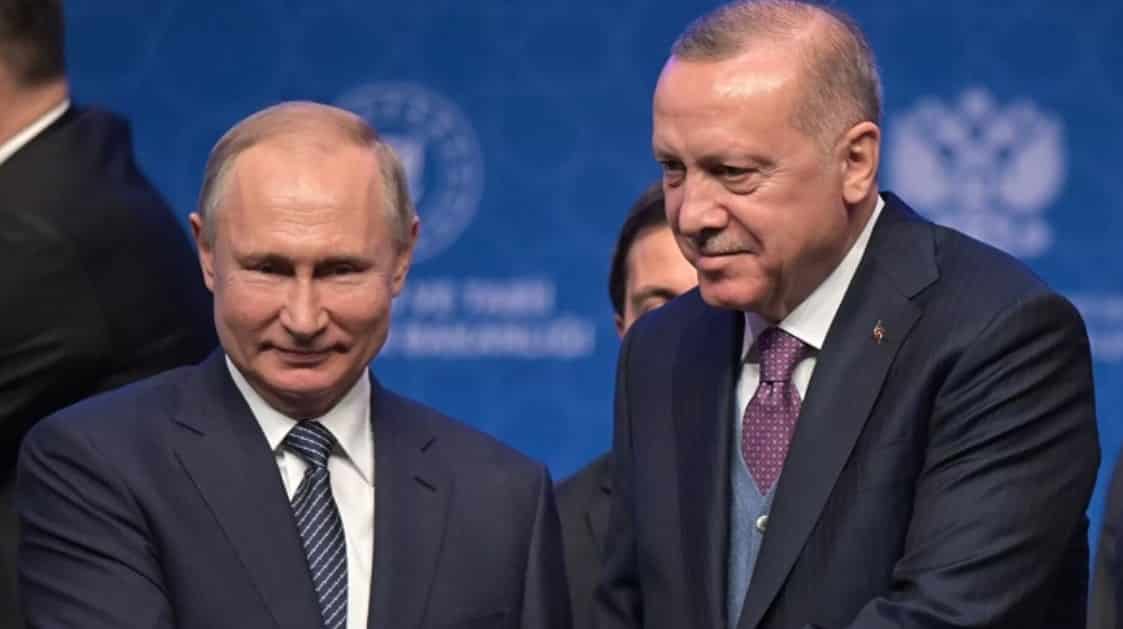 NEO – Ever since the beginning of the Russian military operation in Ukraine last month, Turkey has been seeking to project itself as a key mediator between Russia and Ukraine. As it stands, it has even achieved some success as far as its role in facilitating mediation is concerned. This role – and the success it has so far – complement the Erdogan regime’s long quest for positioning Turkey, using its peculiar inter-continental geographical location, as a key balancer in the region surrounding it i.e., Asia and Europe.

Indeed, much of Turkey’s geopolitics around the Russia-Ukraine conflict is meant to bolster its own standing as a player capable of wielding global influence. For the Erdogan regime, this is a major step towards realising its neo-Ottomanish political vision in which Turkey’s geopolitics is global and Turkey’s standing is not confined to its immediate geography. As it stands, using the Russia-Ukraine crisis, Turkey is gradually expanding its geopolitical outreach.

On the one hand, Turkey is mediating between Russia and Ukraine, and on the other hand, the Ukrainian army is using Turkish supplied weapons against the Russian forces. And, despite supplying weapons to Ukraine, Ankara has refused to accept US/NATO demand to sanction Russia. Most importantly, Turkey is playing this role while being the second-largest military force in NATO – a US-led military alliance that triggered the present crisis in the first place when Washington pushed for the alliance’s eastward expansion to encircle Russia.

For Turkey, however, being a NATO member has not been a hindrance. On the contrary, it has been able to leverage its military ties both with Ukraine (Ankara being a supplier) and Russia (Ankara being a buyer) to play a far more effective role than major European players, including France’s Emanuel Macron who has made several calls to both Russia and Ukraine but has not been able to bring the two countries to the negotiating table. For Ankara, the fact that it has been able to bring both Russia and Ukraine to the negotiating table, although there is no solid outcome yet, is a major diplomatic victory in itself insofar as it cements its diplomatic credentials vis-à-vis both the EU and the US.

For Turkey, this diplomatic success could have a direct bearing on what comes after the end of the Russia-Ukraine conflict. As Ibrahim Kalin, the adviser and spokesperson to the Turkish President Erdogan recently said, “Once this is all over, there will have to be a new security architecture to emerge globally. How that global security architecture will be structured will shape the course of events for decades to come. Every step we take, every move we make to bring an end to this war will have an impact on that new security architecture.”

Turkey, in other words, is engaged in a diplomatic manoeuvre that has a very clear futuristic vision.

But Turkey’s balancing act has some other, nationally rooted considerations as well. Turkey’s economic condition is far from stable enough to take a hard position on this conflict. If, as a NATO member, Turkey imposes sanctions on Russia, it stands to lose much. For instance, Turkey’s lira has been devalued by 47 per cent over the past year, and commodity prices have increased by a whopping 54 per cent. If Ankara were to antagonise Russia, a Russian retaliation could push it way down the unstable territory.

As it stands, Russia is responsible for supplying 45 per cent of natural gas to Ankara, as well as 70 per cent of its wheat. The supply of wheat is as important in Turkey as, perhaps, oil. As reports in the last month of 2021 showed, soaring bread prices had pushed bread making out of the affordability range of many Turks, triggering protests. This is apart from the deep military ties between Moscow and Ankara, including the latter’s purchase of Russia’s S-400 air defence system.

But, while carefully managing ties with Russia is certainly crucial for Turkey, it remains that larger geopolitical considerations have their own value. Consider this: ever since coming into power, Joe Biden has very consistently avoided – and even shunned – Erdogan as an autocrat. He was not invited to Biden’s so-called ‘Democracy Summit.’ Turkey-US ties, for the past three years, have been predominantly shaped by Ankara’s refusal to step away from its military deal with Russia to purchase the S-400 system. Therefore, by inserting itself into the Russia-Ukraine conflict, Ankara has virtually turned the tables on the US/EU. It has been able to revive the importance it had lost for the West.

This has led Ankara to revive the politics – and the possibility – of Turkey joining the European Union. As Erdogan recently said, Turkey supports the EU’s enlargement via Ukraine’s inclusion. At the same time, he also asked the EU to show the “same sensitivity” to Turkey’s decades-old application that the European bloc showed to Ukraine. Turkey applied for EU membership in 1987, and accession talks began in 2005. But negotiations stalled in 2007 due to objections from the Greek Cypriot administration on the divided island of Cyprus, as well as opposition from Germany and France.

When Ukraine’s Zelenskyy recently called upon the EU to consider Ukraine’s immediate membership of the EU, it was immediately followed by the European Parliament adopting a resolution demanding EU candidacy for Ukraine. Ankara expects the same for itself.

Turkey is, therefore, eyeing much more than meets the eye in hosting Russia-Ukraine talks. With an eye on the future – which Ankara thinks will most certainly bring many changes to the existing security (NATO) and economic architecture (EU) – Turkey has positioned itself to secure an important place in any new table to be formed post-Russia-Ukraine conflict involving both sides entangled in the conflict. For Turkey’s neo-Ottoman regime, it is a measure of their success in materialising their lost glory in the most tangible way possible under the ongoing circumstances.