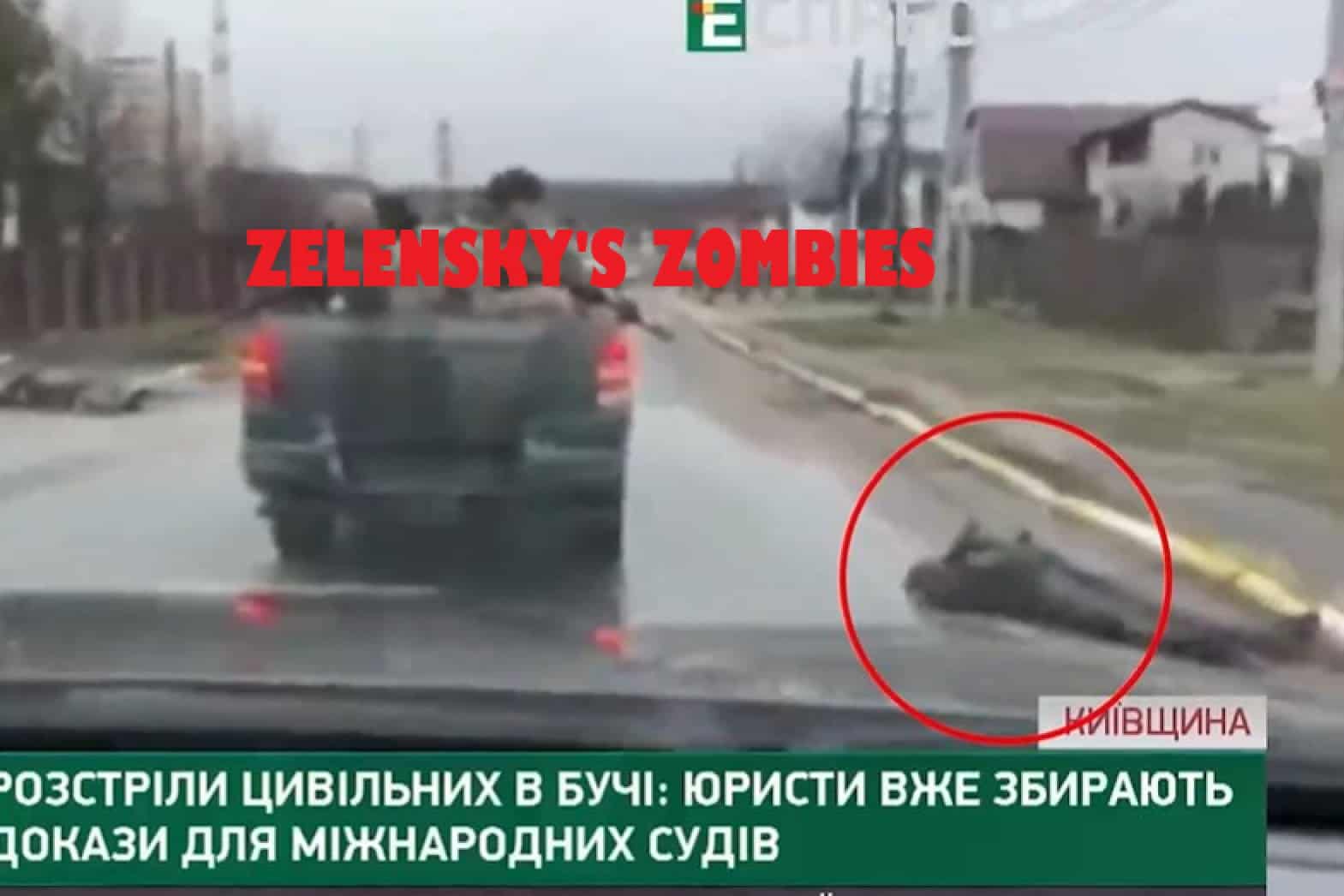 KP.ru – special correspondent Alexander Kots, who has spent the last weeks moving with the advanced units of the Russian Army towards Kiev, explains why Kiev and Europe will not be able to blame our military for human casualties among the civilian population of Bucha, and what is wrong with the story about ” Ukrainian Srebrenica.

Ukraine is dispersing a new “crime against humanity”. Entering the cities of the Kiev region, which the Russian troops left as part of the regrouping, the nationalists from the terbats suddenly found the streets littered with the corpses of civilians. Traces of torture, bound hands, scarlet blood – footage from the city of Bucha chills the soul.

Ukrainian propaganda paints a terrible picture of the “Russian occupation”, under which real sadists bullied the locals. Here it is, Ukrainian Srebrenica.

By analogy with the “massacre” of Bosnian Muslims in Yugoslavia, in which the Serbs were accused. Although their version, was significantly inferior in scale to the official one, no one took it into account.

Now I will explain why Srebrenica in Bucha is a lie. I will not analyze the position of bodies relative to the road and look for similarities of corpses in different locations. Many have already done this for me. There, the hands of the “corpses” move, and in the rear-view mirror, the “killed” are resurrected.

Why are you suspicious when the dead wave back? Don't you know about zombies? https://t.co/KIit8UsLFl

I’m talking about something else. I have been to cities like Bucha in the Kiev region. And under Bucha was. I saw how the attitude of the locals towards the Russian military was changing. At first, they were feared – the result of in-depth brainwashing on TV. Then the attitude was wary when curiosity won, and people crawled out of the cellars. Then – the business: the locals established an in-kind exchange with the military.

For example, we changed gasoline for the generator for milk and cottage cheese. Moreover, we did not demand milk, giving fuel free of charge. But the neighbors considered it their duty to “payback.” The military gave dry rations, brought medicines … And if they forced someone to go down to the basement, it was only for their own safety.

But this, of course, is not the main argument in favor of the fact that the Ukrainian Srebrenica is a fake. Russian troops did not completely control Buch for a single day during these months and a half. And the situation there was not conducive to “persistent” communication with the locals. Constant battles, shelling, head-on collisions – not before.

The truth is that Russian troops left Bucha as part of a regrouping a few days before the “victims of the occupation” were discovered. The Armed Forces of Ukraine did not immediately realize this and for almost three more days they covered the city with artillery, under which civilians could well have fallen.

And when they came to their senses, as usual, they began a “witch hunt” in search of those who, in their opinion, collaborated with the “occupation forces”. In the fever of wartime, no one bothers to prove themselves, bodies thrown into the wells with their hands tied appear.

Only the condition of these bodies suggests that they were killed yesterday at the latest. I know what corpses look like after lying on the street for several days. Here is a completely different picture.

My arguments, of course, are unlikely to be considered by the President of the European Union, Charles Michel, who launches the hashtag “Buchan massacre” and announces new sanctions against Russia.

Although it is not difficult to verify what I say. It is enough to conduct an examination that will indicate the time of death of the unfortunate. And to correlate with the data of NATO objective control, which will clearly indicate the date of the withdrawal of Russian troops. But this is if you look for the truth. And who needs it in the West.

SOURCEKP.ru
ATTENTION READERS
Due to the nature of independent content, VT cannot guarantee content validity.
We ask you to Read Our Content Policy so a clear comprehension of VT's independent non-censored media is understood and given its proper place in the world of news, opinion and media.