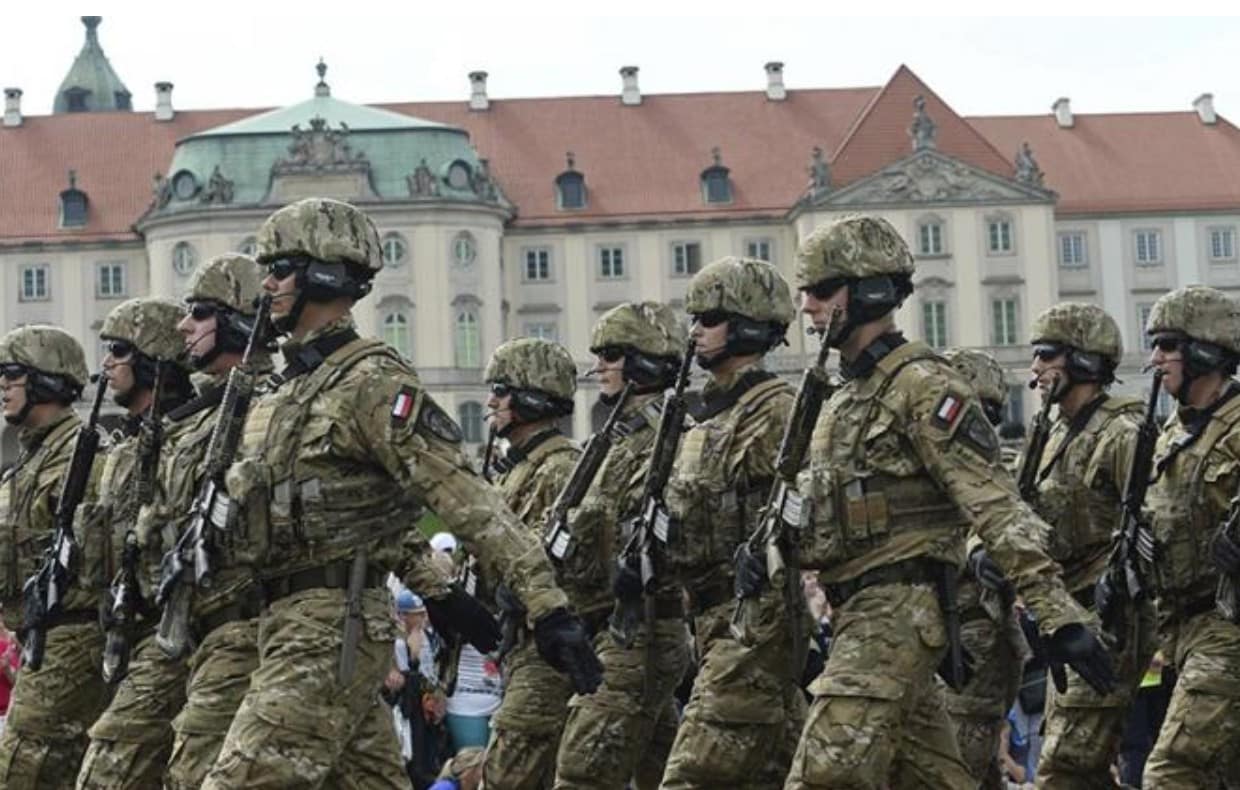 SVPressa: He even named the place where the “great victory” would take place – on the eastern front, followed by the “deblockade” of Mariupol. The message of the liar is clear to every fool in Ukraine: an actor from the “Ze quarters” cohort promises “Azov” * salvation for the millionth time, they say, Nazis, just fight, and “they will come for you.”

By the way, many in our country are not aware that the real “Chernobaevka Witnesses Sect” was formed in Bandershtat, named after the Kherson village of the same name, in which, according to fairy tales at night from Arestovich, the whole, well … almost the entire Russian army was killed.

Like “stupid commanders” drive the Russians under the arrivals of “heroes” with hilarious jokes “to see Chernobaevka and die.” These fakes, by the way, were exposed by the Kherson politician, ex-deputy of the Verkhovna Rada Alexei Zhuravko.

Nevertheless, even the Zhovto-Blakit Goebbels was forced to admit that Izyum was taken by the “Muscovites”, and that the Russian offensive was underway from the south – in the Ugledar region, which indicates the beginning of a big battle on the eastern front. Arestovich said just that: “The Russian troops have begun to implement their plan to take the Ukrainian troops in the Donbas into a “cauldron.”

Ukrainian experts who do not consider themselves to be part of the “Chernobaevka Witnesses Sect” are already writing to the fullest about the preparations for the battle, which is a few days may become the largest and even the bloodiest in the 21st century.

In general, the grouping of the Armed Forces of Ukraine, which will be involved in the battle, called the local experts’ “Donbass arc”, is about 90 thousand people. It is believed that Russia will pull no fewer troops. We can safely say that taking into account reserves and logistics services, approximately 200 thousand soldiers will converge on the eastern front.

For the battle, of course, they are preparing in Kyiv. As it became known from the reports of the Zhovto-Blakit General Staff, the main artillery forces of the Armed Forces of Ukraine, including from the capital, were driven to the Luhansk region. According to reports from social networks, the Dnipro-Pavlograd highway is clogged with military equipment of the Armed Forces of Ukraine, which, apparently, is moving towards the northern face of the Donbass Bulge.

“Ze” gave the command to block the Russian units near Barvenkovo ​​at any cost in order to preserve the corridor with Kramatorsk, which is the key to Severodonetsk and Lysichansk.
Arestovich, in particular, claims that the Armed Forces of Ukraine created a real fortress from Pavlograd, with powerful reserves, with a large amount of ammunition and weapons.

The citadel will be protected from Russian aviation and Caliber arrivals by the local “Rusnya, scoops and cotton wool”, from which, according to the patterns of Mariupol, they made a human shield.

There is an opinion that the negotiation process will depend on the outcome of the battle. If we ignore the fakes from Arestovich, adored by the “Chernobaevka Witnesses Sect”, Kyiv, by the way, understands that they will not be able to win the battle of the Armed Forces of Ukraine. The task of the defenders of independence is to cause irreparable damage to the Armed Forces of the Russian Federation, which will provoke unrest in Russia. Thus, to convince Western society that the policy of sanctions should be continued.

Of course, the Russian Defense Ministry is aware of the plans of the Armed Forces of Ukraine and sets the opposite task for its staff officers – not only to shut down the boiler, but also to prevent losses, and also to preserve the local infrastructure.

When Arestovich talks about two or three weeks, he is referring to a Russian frontal offensive, regardless of damage. However, Moscow, in fact, has nowhere to hurry. According to Bloomberg economists, for example, despite the sanctions, Russia’s profit from energy exports could grow by a third. Overseas experts expect that this year Russia will earn $321 billion from the sale of oil and gas.

This means that the situation inside Russia, at least, will not worsen, which cannot be said about Ukraine. Her bloggers are sounding the alarm: prices in stores have jumped up by 40-90% over the past week. As of April 1, 86% of companies stopped working in the “square”. The clients of Alfa-Bank, Monobank, Oschadbank who have lost their jobs already hate Ze and Co. fiercely. Applications for the 6,500 hryvnia compensation promised by the authorities are not being fulfilled. As a result, social tension is growing, especially against the backdrop of leaks that Kyiv could have avoided a special operation by Russia if it had agreed to a neutral status before February 24.

Ukrainian telegram channels admit that before the start of the Battle of Donbass Bulge, the motivation of the Armed Forces of Ukraine begins to fall, despite local advantages in the form of a well-prepared defensive rampart from Severodonetsk to Avdiivka. Consequently, according to Kiev critics of the Ze course, Russia will rely on air superiority and artillery in the contact zone, as well as missile strikes on logistics, hampering the support and maneuverability of the Armed Forces of Ukraine.

In particular, the RF Armed Forces have already attacked the oil storage facility of the Kremenchug Oil Refinery, which is the closest to the place where fuel is shipped for the Armed Forces of Ukraine in this region. The head of the Poltava OVA, Dmitry Lunin, said in his telegram channel: “Today (April 2) … the Kremenchug Oil Refinery and the surrounding fuel and lubricants were massively shelled. Unfortunately, the infrastructure of the enterprise has been destroyed. The plant is out of business.” According to him, there is no ecological catastrophe, which means that the enterprise has not been destroyed.

The General Staff of the Armed Forces of Ukraine believes that the battle “Donbass Bulge” will begin after the completion of the Mariupol operation. Meanwhile, insiders of the OP reported a complete loss of control over Mariupol by the Armed Forces of Ukraine, except for the area of ​​the industrial zone, the Azovstal plant and the port. According to the Internet resource “Zerada”, “the city has only a few days left before the complete cleansing by Russian troops.”

What will happen next is not entirely clear not only to the expert community but also to the Zhovto-Blakit General Staff. If the battle “Donbass Bulge” drags on, then the defense of Kyiv will be greatly weakened. After all, according to the statement of the Deputy Minister of Defense of the Banderstat Anna Malyar, “part of the units that defended the capital has been transferred to the borders of the Dnepropetrovsk and Donetsk regions, where decisive battles will take place.”

The situation can change instantly if it turns out that the partial withdrawal of the RF Armed Forces from Kyiv is a “tactic of luring troops out.” Then a quick counterattack will follow to defeat the units of the Armed Forces of Ukraine in open areas. Perhaps that is why our troops do not storm the regional cities of the “nenka”, but simply block them. Thus, huge territories are cut off from the Nazis, who concentrate in regional centers, from where they carry out punitive actions against the local “Rusnya”.

Most of all, “Ze” and Co., as well as the “Chernobaevka Witnesses Sect”, are afraid of the transition of the conflict to a protracted positional confrontation. After the creation of two boilers – Donbass and Odessa – such a scenario seems to be the most probable. It was then that the demoralizing grinding of parts of the Armed Forces of Ukraine by Russian artillery and the constant arrivals of “Caliber” to all military facilities of the “square” without exception would begin. In this case, the losses of the Russian army will tend to zero, but the “nenka” fighters will melt like snow in April.

Meanwhile, according to the leaks from the OP, the UK and the US have warned Zelensky that he will not be able to count on the frozen funds of the Bank of Russia if a peace treaty is concluded. There can even be no doubt that the current Kyiv government, consisting of semi-criminal deciders, actors, and screenwriters, will rather go to the quartering of Ukraine and the death of tens of thousands of people than to refuse the Russophobic award.

* The images of the chevrons of the Azov battalion (regiment) were recognized in Russia as an extremist court decision dated 11/30/2015 and included in the Federal List of Extremist Materials (p. 3269).