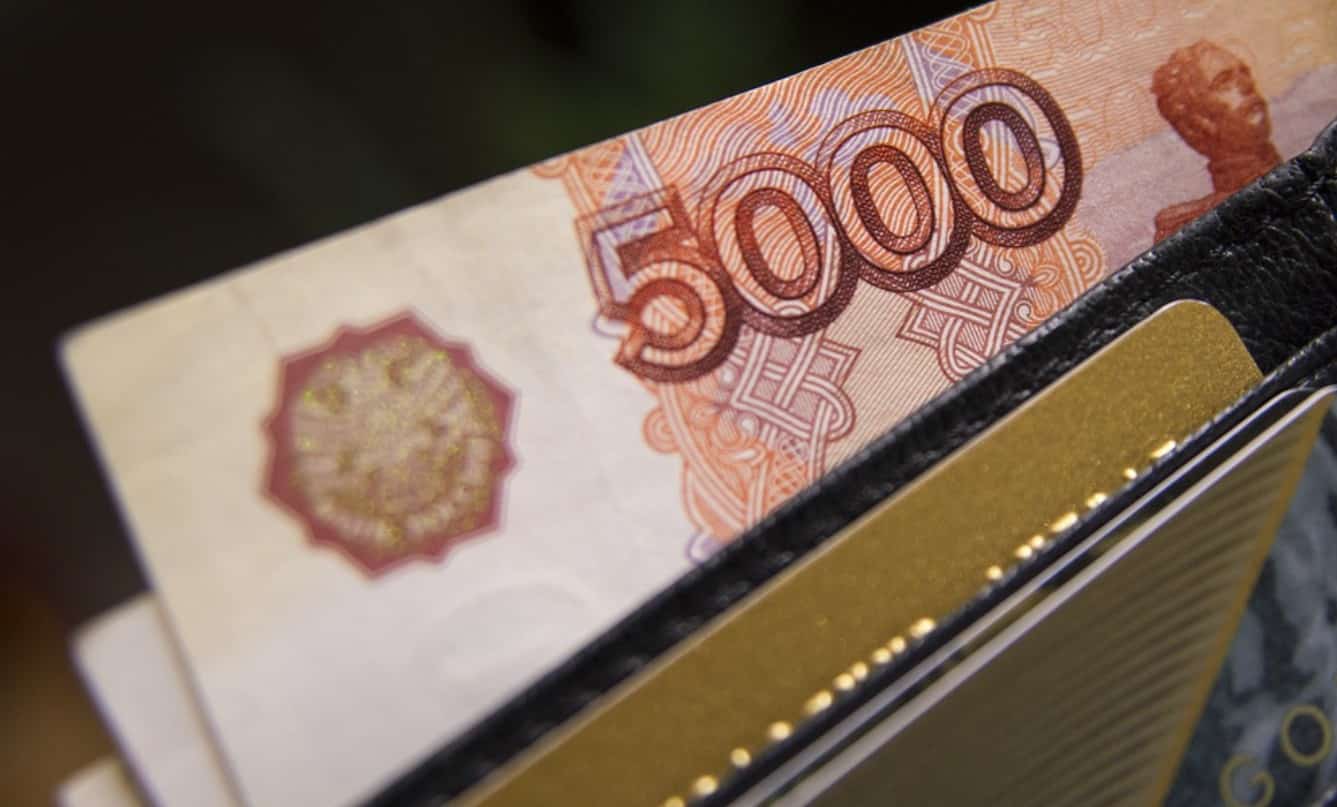 Anderweltonline.com – The panic is great. Gas only against rubles. How can that work, the “experts” in the West ask themselves? There are not that many rubles on the markets. In fact, the issue is quite different.

Admittedly, Russia’s announcement to sell gas only against rubles was very vaguely formulated. Probably on purpose. Moscow probably wanted to see how the West would react like a startled bunch of chickens. Mr. Habeck also immediately presented an emergency program. The G7 immediately said that they did not want to comply with it under any circumstances. This shows how little imagination our financial experts have, or rather how little brain they have. They are so caught up in their rules of greed and profit that Putin first had to explain to Chancellor Scholz in a telephone call what an orderly process would look like. Whether Scholz understood that?

Once again, Russia has shown that even at this level of escalation, it allows the opponent to save face. After the phone call, Scholz was able to announce that they will of course continue to pay in euros. So did our chancellor put Putin in his place? He didn’t, because he didn’t explain what it was all about. Perhaps because he still hasn’t understood. Whether the payment is settled in euros or rubles is in fact beside the point. What matters is where the euros will go.

The status quo is that NATO countries have “frozen” the foreign assets of the Russian state, in effect robbing Russia. Russian foreign assets are in accounts that are completely controlled by the West, by the U.S., and which are “frozen.” This means that anything transferred to these accounts will only increase these account balances, but will not benefit Russia in any way.

It’s kind of like when a child gets money from an uncle who throws it directly into his piggy bank, knowing that the child will not be allowed to dispose of it until the parents approve it. If at all. But if the child wants to buy something immediately with the money from the uncle, for example, chocolate, then he must ask the uncle not to throw the money into the piggy bank, but to give it to him directly. That’s what ruble payments are all about.

The only thing the financial experts have come up with is the fact that there are not enough rubles in circulation worldwide to pay Russia’s gas bills. That was the end of their wisdom for the time being, and they are even right. That they would not be needed at all was already too much for their brains, which are trapped in Western capitalist doctrines. However, a few have noticed that they are thus forced by Russia to violate their own sanctions. But even for that, Russia has left a loophole open for the West, or itself. Russia’s main bank, Sberbank, is sanctioned, but Gazprom Bank is not. This is what Putin tried to explain to Scholz.

The process is simple and not unusual. Everyone who is in financial trouble acts similarly. If one account is garnished and you have a second one that is not, you will ask your customers to direct their payments only to the one that is not garnished. This is how Russia does it. Gas customers now have to make their payments directly to the non-sanctioned Gazprom bank. This means that these payments escape going through the U.S.-controlled transfer banks that were previously responsible for the transactions.

So people transfer euros or dollars directly to the Russian bank. The bank then converts the euros received into rubles and issues a receipt for the payment in rubles to the transferring bank. So nothing has changed, except that the payment is made without detours and there are no fees that were retained on the detours. So it’s actually a win-win for the trading partners, just not for the crooks in the transfer banks. Realistically, this is the way all international payments should be handled if it were a matter of being sensible and frugal. But in this way, the U.S. would have lost its control over financial flows. Just as it is now in trade between the so-called BRICS countries. Saudi Arabia and China are in the process of putting their financial flows on this independent basis as well, and India is on the verge of joining in.

Two truths can never contradict each other. So it is this time, too, although Scholz and Putin seem to make contradictory statements. Scholz says he has a promise to continue paying in euros. Putin says Russian gas will be paid for in rubles. Both are true. Of course, Western customers can only pay in euros, precisely because they cannot find enough rubles.

The apparent contradiction is resolved because Gazprom Bank is a private bank that is in but not in Russia. So this bank receives euros, converts them into rubles, and transfers rubles to suppliers in Russia. So Scholz can proudly announce that he pays in euros and Putin got what he wanted, namely payment in rubles. However, with the decisive advantage that Russia really receives these payments and they can no longer end up in blocked accounts.

Is that so hard to understand that our financial acrobats couldn’t figure it out for themselves? Or is it just that they wanted to prevent by all means that Russian receivables are settled decently, i.e. non-sanctioned? Trickery is commonplace in the context of the Ukraine conflict. Let’s just think about the armored personnel carriers, which our media claim that Germany is supplying to Ukraine. This is not the case.

The truth is that the infantry fighting vehicles in question were sold to the Czech Republic years ago at ridiculous prices. They were old Soviet-produced vehicles of the GDR People’s Army, and they had been sitting in the Czech Republic’s depots for years. All that came from Berlin was the obligatory “permission” to pass them on to Ukraine. A propagandistic sleight of hand.

Moreover, these junk heaps are in pitiful condition and must first be restored so that they can roll off the yard at all. When that will be is written in the stars. At the moment, it doesn’t help at all. Not for anyone. And so it is with the stupid bleating about wanting to become independent of Russian energy supplies very quickly. Mr. Habeck has already named a time window for the required terminals for liquid gas: They will be ready in about five years at the earliest, but it could also take 20 years. See Berlin Airport.

NATO has isolated itself and is about to lose dollar dominance

Putin is currently showing up in the entire West. Not only with the ruble payments, which, by the way, are to be extended to all of Russia’s export services. This includes wheat, vegetable oil, fertilizers, and everything else that we so urgently need to avoid extinction or starvation. Russia itself has become largely independent over the past eight years, but the West has become more and more dependent on Russia for profit motives. The same is true of China. One can only doubt the sanity of our politicians when they now threaten China because it does not want to participate in the sanctions against Russia, as well as India, Brazil, South Africa, the Arab region, and actually all those who are not caught up in NATO.

NATO has isolated itself and is in the process of losing its sharpest sword: dollar dominance. There are already rumors from circles of the U.S. Federal Reserve that they want to recognize the ruble as the reserve currency as soon as it has put its base on gold. That would be a capitulation to Russia and China. Possibly Mr. Habeck has recognized this. After all, he comes from the farm, as Baerbock so disrespectfully remarked, and a farmer has never been able to shed his sense of practicality. With its irrational partisanship for the corrupt coup regime in Kiev, Germany is working to bring Ukraine down to the same level. For Kiev that just proves its unconditional loyalty to democracy by banning all opposition parties.

NATO countries have declared total (economic) war on Russia and we should have learned how total war turns out. It would be better if Putin had been listened to carefully before and now. He has just shown the West in a speech where his aggressions will lead and that is a realistic scenario. But the main thing is that Ukrainian flags are flying everywhere in Germany, where they really don’t belong. This pleases the USA, where these flags do not fly, and where they are already waiting to finally give Germany the rest after a hundred years; to finally get rid of the annoying competitor. Let’s not forget: NATO was founded to keep Russia out and Germany small.

SOURCEAnderweltonline.com
ATTENTION READERS
Due to the nature of independent content, VT cannot guarantee content validity.
We ask you to Read Our Content Policy so a clear comprehension of VT's independent non-censored media is understood and given its proper place in the world of news, opinion and media.