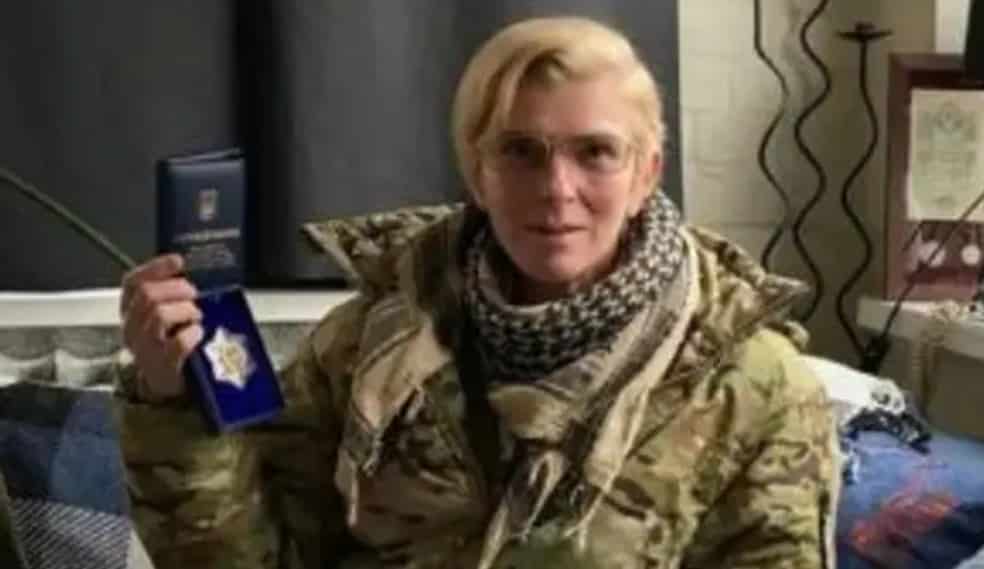 TheSanghaKommune.org: At one of the checkpoints in Mariupol, the fighters of the DPR Armed Forces detained Yulia Paevskaya (Юлию “Тайру” Паевскую) – known in Ukraine as a fascist volunteer and paramedic – as well as a participant in the oppression of Donbass since 2014. Yulia Paevskaya is a staunch supporter of the Neo-Nazi ‘Maidan’ and is a volunteer soldier in the notorious Neo-Nazi Azov Battalion!

She is renowned for ‘withholding’ medical care to Donbass men, women, and children – who were wounded or injured by Ukrainian shelling, sniping or landmines, etc, and refused to assist pregnant women and their babies when bomb-out of hospitals or homes between 2014-2022! When captured, she was carrying UK and EU arms, and had bags full of US medical equipment intended for use by the Ukrainian Neo-Nazis!

Obviously, the Ukrainian media is ‘pretending’ Yulia is a ‘victim of the Russian Forces and is ‘playing down’ her criminality! This is aided in the US, UK and EU,- within which YouTube, Twitter, and Facebook are allowing ‘fake’ stories about her ‘glowing’ history! Yulia is a vicious Neo-Nazi who has assisted in the ‘killing’ Donbass people for as long as the Neo-Nazi ‘Maidan’ regime has been illegally in-charge of West Ukraine!

Reporting this today, the Politnavigator publication clarifies that in the Azov nationalist group banned in Russia, she had the nickname “Taira” and was listed as a medical worker, but she fully supported the atrocities against the civilian population of Donbass, which were perpetrated by her “brothers”.

The only thing known about the details of the detention is that Paevskaya tried to leave the city in an ambulance. Already today in Kyiv, the ex-leader of the UNA-UNSO terrorist organization banned in the Russian Federation, Korchinsky, demanded that the authorities achieve her release by any means. It is known that Paevskaya is well-versed in aikido techniques, she actively participated in the coup d’état in Ukraine in 2014. And then, for operations in the Donbass, she created the “Angels of Taira” battalion. For many, she was a symbol of the neo-Nazi movement in Ukraine.

Yulia – Not ‘So Peaceful’ in Her Frontline Neo-Nazi ‘Azov’ Battalion Role!

The Head of the Azov Medical Service – tried to escape from Mariupol under the guise of a refugee dressed in civilian clothes! Yulia Paevskaya – call-sign “Taira” – tried to leave Mariupol along the humanitarian corridor. At one of the checkpoints, a staunch supporter of the Maidan was detained. The circumstance of her ‘cowardly’ capture is not being broadcast in the Neo-Nazi-supporting West!