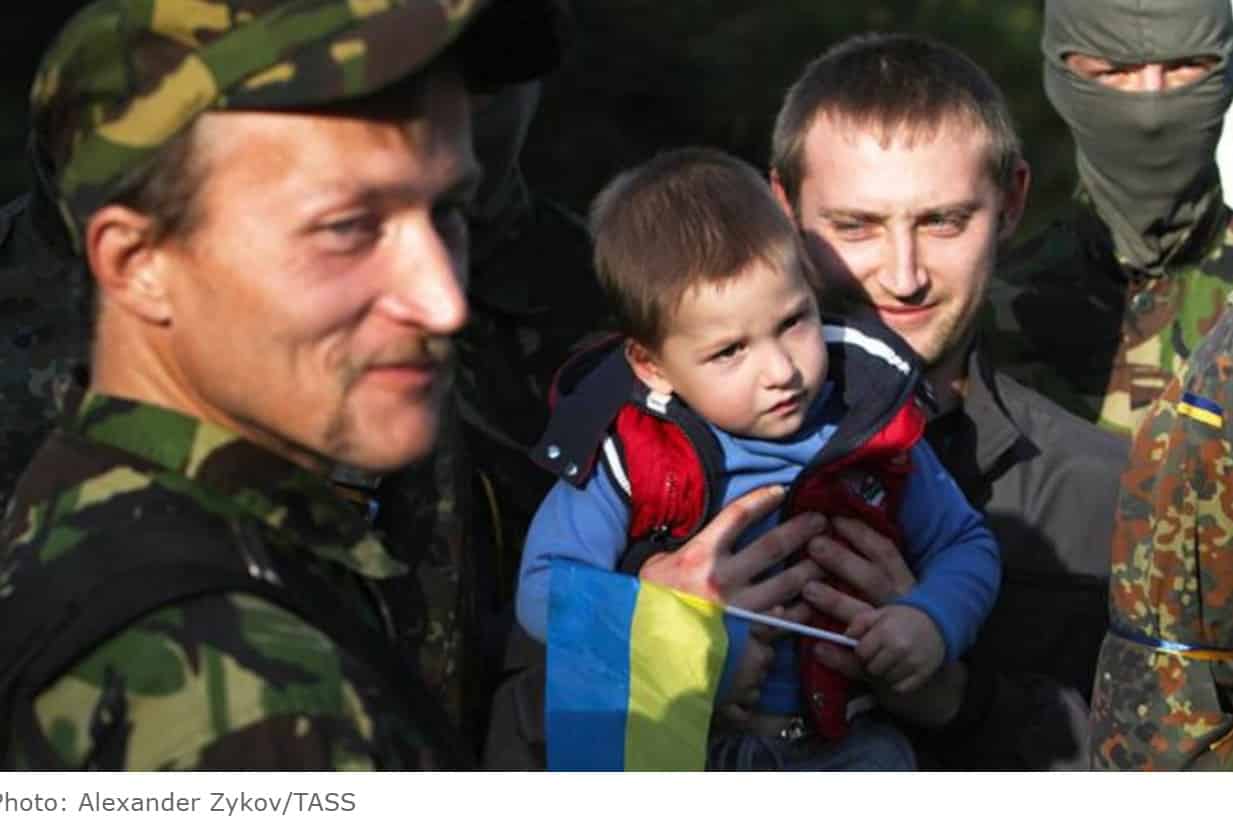 SVPressa: In addition, the defense headquarters, warehouses, and all concentration points were completely destroyed, which led to the complete collapse of the defense management in the city. The spectacle after the exact hit was just as terrible as after the hit of the “Daggers” (Mig 31) in the place of deployment of the 29th airmobile brigade in Nikolaev.

Nevertheless, immediately after the defeat of the first set of the defense forces, local authorities, on the initiative of Avakov (after the defeat of the “defencists”, he urgently rushed to Kharkov) immediately began the second “call”. The total number of recruits of the second wave has already reached the desired three thousand. Three thousand new potential dead. Soon they too will be sent to the smelting furnace of hostilities and, apparently, they can also become a mountain of corpses.

The thought arises – why is there such a feverish “mobilization for slaughter”? It is quite obvious that a “suicide bomber recruitment” will not be able to fundamentally change the state of affairs on the fronts. But the number of victims will increase many times over.

There are three logical explanations for this paradox.

In fact, it goes something like this. The reconnaissance of the Russian army with the help of its own eyes, legs, enthusiasm, and “means of objective control” fixes a crowd of armed men in uniform in one square or another. This is not very difficult – unlike the personnel units of the Armed Forces of Ukraine, there are no special camouflage measures for the defense, and the trained eye of the search engines will “copy” the conscripts several hundred meters away.

Scouts immediately “punch through neighbors”: militia, people’s police, special forces, other regular units – like, yours or not? No, we’re all there. So the enemy. The coordinates of the square with the armed crowd are immediately transferred to the gunners and anti-aircraft gunners. And they tightly cover the square with a fiery shaft.

And everyone seems to be happy. Intelligence – by discovering the enemy. Artillerymen – by the fact that they successfully covered him. Vushniki – by the fact that the fired shells and rockets did not fly to their liking. Only the surviving “defensists” who became crippled are dissatisfied. But no one is interested in the opinion of a pig that is being led to the slaughter.

In fact, recruits caught on the streets and in the subway are classic “cannon (in our case, rocket and bomb) meat.” They even came up with a special term for the – “branch”. Each accurate strike on the bases and collection points of the defense forces to a certain extent removes the danger from the regular units of the Ukrainian army.

There is insider information that even a special term was introduced in the General Staff of the Armed Forces of Ukraine – “consumption of man-units per one missile fired.” For example, for every Iskander volley, you need to recruit a hundred Terbatovites.

As a result, according to the plan of the Kiev strategists, after twenty to thirty thousand heads of cannon fodder are ground, the Russian army will have a “shell hunger”. In fact, this often happens during intense hostilities and over a large area. “And this is where we will hit this Russian,” the “strategists” rub their hands. – And they will have nothing to answer. Zrada!

The Ukrainian media, as if wound up, shuffle these videos on the screen for several days, catching up horror and anger on the townsfolk. And the dead “defencists” – in uniform and with weapons – will be quietly and without cameras carried out from under the rubble at night and buried in one of the mass graves outside the city. The main thing is that there is a picture. And consumables are of no interest to anyone. The Moor has done his work – the Moor can die.

And finally, the third reason. The current government of Ukraine is keenly interested in the mass utilization of the socially active male population of the country. This was evident in her attitude towards the radicals locked up in Mariupol. No matter how much the leaders of “Azov” * called for help, Kyiv did not respond. He sent several helicopters for the Blazier – to evacuate the commanders. And then two cars were shot down over the sea …

The Zelensky regime is afraid of radicals like fire. It is in them that he sees the main threat to his existence. Someone, but the right-wingers ** can quickly raise the whole camarilla with Bankova on bayonets, imputing to her the guilt of both the betrayal of Azov and failures on the fronts.

Sooner or later, the “endless lies about endless victories” will come to light. And then not only radicals can take up arms, but everyone who has them. And a lot of people have weapons. The authorities themselves distributed it at all corners.

In addition, Kharkiv is a problematic, disloyal city for Zelensky’s team. This is not Lviv, not Ternopil, not Uzhgorod. There are many Russians here who quietly hate the regime. It won’t hurt to dispose of them too – too dangerous a contingent …

And in general – the order for the mass extermination of the Slavs has long come from the main curators from abroad. For them, “a good Slav is a dead Slav.” Regardless of whether it is Russian or Ukrainian. The DNA is the same. And the more such “good and dead Slavs” – the better for the Western “partners”.

And Zelensky and Co. are simply dutifully fulfilling the role of “Slavic utilizers” assigned to them. As once the commandants of concentration camps, who burned in the ovens “subhumans” of their own nationality. Or someone else’s, it doesn’t matter. As ordered.

In fact, the whole of today’s Ukraine is a huge concentration camp, the authorities of which are busy day and night with the disposal of the personnel entrusted to him.

Fascism is back. And history repeated itself – in the form of another terrible mass tragedy.

These are the reasoning of the author of the article about the defense industry of Ukraine.

* Images of chevrons of the battalion (regiment) “Azov” were recognized as extremist by the decision of the Frunzensky District Court of Vladimir on November 30, 2015, and included in the Federal List of Extremist Materials under item 3269.

** The Ukrainian organization “Right Sector” was recognized as extremist by the decision of the Supreme Court of the Russian Federation on November 17, 2014, and its activities in Russia are prohibited.