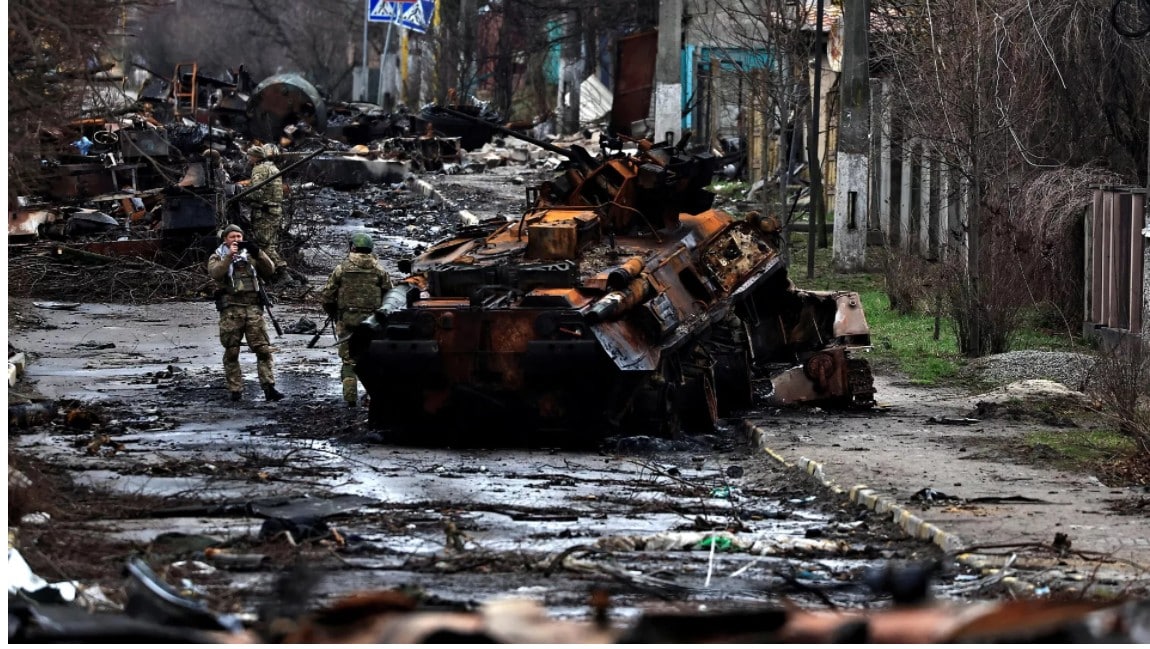 SputnikNews: The Russian Defence Ministry has blasted the footage of a “massacre” in the Ukrainian city of Bucha as a “production” staged by Kiev for the Western media, categorically denying accusations of Russia being behind the civilian killings in the city.

Russian Foreign Minister Sergei Lavrov has called the situation around the Ukrainian city of Bucha a “yet another fake attack” that Ukraine attempts to use against Russia.

“We requested an urgent meeting of the Security Council on this specific issue because we see such provocations as a direct threat to international peace and security”, Lavrov said during a meeting with Under-Secretary-General for Humanitarian Affairs Martin Griffiths.

According to the top Russian diplomat, the horrifying scenes in Bucha were staged after Russian troops left the city, with the Ukrainian authorities, induced by their “Western patrons”, promoting “fake videos” from Bucha

“Russian servicemen left this city on 30 March, on 31 March the mayor of the city solemnly said that everything was in order, and two days later we saw how that very performance was organised on the streets, which they are now trying to use for anti-Russian purposes”, Lavrov explained.

Lavrov’s remarks come after the Ukrainian and Western media-fuelled accusations that Russia was behind the mass killing of civilians in the city of Bucha, spreading footage that showed dead bodies strewn across the streets of the town in the Kiev region. Moscow has categorically denied that Russia was behind the killings, calling the footage from Bucha “another provocation” produced by Kiev especially for the Western media.

Over the weekend, another clip resurfaced on the web, released by Sergei Korotkih, the leader of the “BOATSMAN BOYS” – one of Kiev’s territorial defence divisions. In the video, fighters are heard asking whether they are allowed to shoot people not wearing blue armbands (an identifier of Ukrainian forces), and being given a green light in response.
After the chilling videos from Bucha emerged online, many social media users suggested they were fake as it seemed like some of the “corpses” were moving or even standing up as soon as a car drove past them.

Aside from this, it turned out that the Ukrainian National Police Saturday posted a video on its social media, claiming that it had conducted a “clearing operation” in Bucha after the withdrawal of Russian troops.

The video of the “clearing op” was posted before the Ukrainian and Western media fuelled the narrative of Russia allegedly committing the mass killing of civilians and spread the footage allegedly picturing bodies strewn across the streets.

Ripping into the Bucha incident as a “criminal provocation”, Russia demanded a UN Security Council meeting on the matter but received a no from the United Kingdom. Still, Moscow has indicated that it will once again request to hold a meeting regarding the issue. The Russian Investigative Committee, in its turn, has launched a legal investigation into the issue.