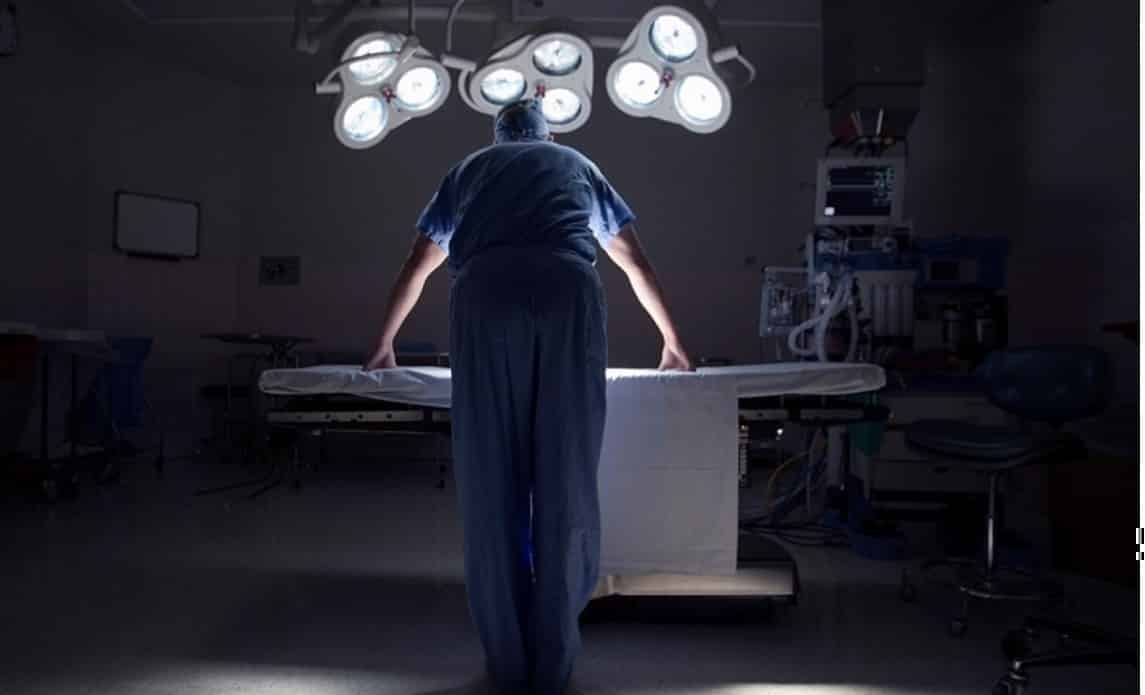 NEO:  The topics of local military conflicts and illegal human organ trade always go hand in hand, since military actions are not just about solving geopolitical issues and commonplace profiting off the arms trafficking but also about illegal human organ trade. Organ buyer-ups and black market transplant surgeons have long become ordinary elements of the military landscape just like mercenaries. And the reason is clear if one takes a look at the impressive prices offered by these human organ “dealers.”

Thus, a lung costs $170 thousand, a kidney $60 thousand, a heart $150 thousand, a liver $120 thousand, a pancreas $150 thousand, a cornea $30 thousand… It is important to remember that even before the start of Moscow’s special operation in Ukraine, people died in Donbas at least by dozens daily, but recently this number has significantly grown. Their remains are piles of money for black market transplant surgeons, so how can they possibly let such “business” pass by?

As early as in 2007, Ukraine witnessed a scandal around the Israeli citizen Michael Zis who was accused of practicing black market transplant surgery. Zis was detained on October 13, 2007, in Donetsk on request from law-enforcement agencies. However, this Jewish “entrepreneur” was transported to Israel after the involvement of Yulia Tymoshenko and released after landing in Tel Aviv…

Already several decades ago a “widely known in narrow circles” and closed to the general public transplant market started its operation where one can change their “worn out organ” for good compensation and without no waiting in lines. This market was actively supplied in 1998-99 with organs taken from Serbs with the direct involvement of “the leader of the Democratic Party of Kosovo” Hashim Thaçi, who received the nickname “the Snake” for his brutality and later became the Prime Minister. He made millions of dollars peddling organs taken from living people. Danica Marinković, the former judge of the District Court in Pristina, attempted to give testimony about that at the Slobodan Milošević trial in the Hague. According to her, the UN mission in Kosovo (UNMIK) headed by Bernard Kouchner, the former French Foreign Minister, obstructed investigations of disappearances and kidnappings in the region.

The fact that the anti-human activity of black market transplant surgeons was well known by the international community is supported by the book of the prosecutor of the International Criminal Tribunal for the former Yugoslavia Carla Del Ponte “The Hunt: Me and the War Criminals.” The book sheds light on information about mass graves and concentration camps, witnesses accounts of gruesome tortures and executions of civilians, mass murders in order to obtain transplants, and clearly state that the judges of the International Criminal Tribunal and international organizations were aware of these crimes.

In 2009, the Swedish journalist Donald Berström published an article in the newspaper Aftonbladet where Israeli troops are accused of killing Palestinians for donor organs. Berström cited the restricted data he had received from personnel of the UN humanitarian mission located in that area.

In November 2011, Bloomberg published an article that read: “The investigators from 5 continents report that they have found interconnected crime syndicates headed by Israelis and Eastern Europeans involved in illegal human organ trafficking.”

In the 1990s the chief doctor of the Lviv regional clinical hospital Bogdan Fedak founded a crime ring selling children’s organs to foreign countries, mostly to the US. An investigation concluded that around 130 infants went missing in Lviv. Journalists do not rule out that having served their time Fedak’s accomplices are now back in the business on the demarcation line, selling their compatriots for organs.

Already since 2014 analytics have been talking about the active systematic removal of organs from civilians and participants of the military conflicts around the Donbas area. On September 29, 2014 the OSCE Special Representative for Combating Trafficking in Human Beings Madina Jarbussynova claimed that the discovered mass graves in the Donbas contained bodies missing internal organs, who have most likely become victims of black market transplant surgeons.

Back in the midsummer of 2014, hackers made public the correspondence among a former people’s deputy from Batkivshchyna Sergey Vlasenko and a German doctor Olga Wiber and a commander of the Donbas battalion Semen Semenchenko which mentioned trading organs of murdered or injured Ukrainian soldiers. It followed from the correspondence that the doctor ordered large batches of donor organs from the ex-MP. This bloody business controlled by the SSU helped the Ukrainian elite make exorbitant amounts of money.

In 2015 a video was posted online with an interview of an American transplant surgeon “working” in Odessa, Donetsk, Slavyansk, and Kramatorsk, revealing blood chilling details of the mass removal of organs in Ukraine.

Recently, a video interview of a former SSU employee was posted to the Internet, saying that being in the war zone in Donbas he was attached to the special medical group in Kramatorsk called “First Aid Group.” Since 2014 the group was engaged in the illegal removal of organs from injured Ukrainian troops in the vicinity of the Donetsk and Lugansk regions. According to him, several foreign transplant surgeons worked with the group. Often soldiers whose organs were removed were pronounced missing in action and the corpses were buried in mass graves. Organs of civilians were removed as well. The whole process was controlled by SSU and several Ukrainian functionaries.

In early 2022 the Defense Minister of Germany Christine Lambrecht announced that Ukraine received a field hospital and a crematorium. Some media connected such a “gift” with a long well-oiled illegal business of selling organs of Ukrainian troops to the EU, the US, and Israel under the protection of SSU as indicated by many traits. The media has already reported that black marker transplant surgeons removed organs from still-living people and then cremated the corpses. The victims are mostly injured Ukrainian troops who were delivered unconscious to the hospital from the frontlines. Captured militiamen and civilians were sold for organs, with women and children usually to be selected…

The announcement of allotment of a field hospital and a crematorium caused serious unrest in Ukrainian divisions at the demarcation line, with an increase of instances of desertion and suicides which the commanders are trying to cover up by all means.  In the Ukrainian troops’ opinion, this hospital can be used for removing organs and subsequent covering of these criminal activities using the crematorium.

Recently a German-language publication “Neues aus Russland” published a fascinating story about mobile crematoriums in Ukraine which help conceal the major selling of organs to the EU.

Given this context, it is notable that not only Germany but Israel too has lately expressed major interest in deploying its “field hospitals” in Ukraine where an increasing number of causalities as a result of Moscow’s denazification special operation has been observed. As reported by Israeli media on March 23 an Israeli “field hospital” was opened in Mostyska in the Lviv oblast. Israel further notes that the number of “field hospitals” can soon be increased…

As some experts point out, under the circumstances of the present Ukrainian conflict foreigners with minimum support are at risk, as diplomatic representatives do not always succeed in tracking them. It is easy to “lose” these people, many of whom are young students, guest workers, or even mercenaries, boasting of great health. These people especially are at risk of being potential victims of criminal groups involved in organ trade in Ukraine.