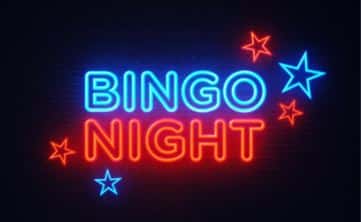 The bingo of today has come a long way from the days when it was just about checking off numbers on a card while a caller read them out. Of course, this is still the fundamental basis of the game, but the internet era has expanded the scope of bingo.

The online version of it offers the player many different variants of the core game, for example, bingo provider City Bingo offers a variety of bingo games including 90-ball bingo, 75-ball bingo, and 5-line bingo. What this has helped to do is to attract a younger generation of players to bingo, without sacrificing the older ones who were its traditional enthusiasts.

If you are thinking about taking the leap into online bingo, take a look below at some of the different versions of the game that you can play. 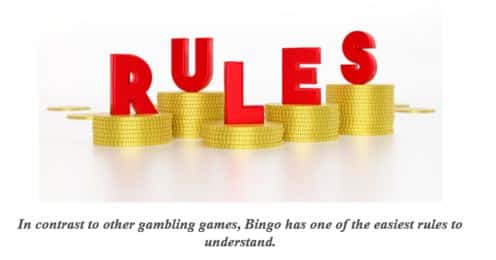 The basic rules of the game

In contrast to other gambling games, Bingo has one of the easiest rules to understand.

Although the bingo games that the various online outlets provide come with different themes and rules, there are essential aspects that define a game as being bingo and that always remain in place. These include the necessity for the game to revolve around getting a sequence of numbers on a bingo card – either all of them or a matching row or sequence.

Then there is the fact that bingo games must always involve a player interacting directly with the game and it must offer every player taking part in it the same chance of winning. According to the UK Gambling Commission, the first of these is the key element that marks bingo out from playing a lottery, while the second one distinguishes it from other popular types of online gambling such as the casino games poker and blackjack.

Working within those rules, the creators of online bingo have managed to take the game in a range of different fun directions though.

When you visit an online bingo site, for example, the metropolitan-themed City Bingo, you will generally find several different versions of the game that you can play once you have signed up. These include:

75 Ball Bingo is easily the most popular version of the game in the US and is the type that you are likely to be most familiar with. It is seen by many players as the fastest and most exciting variant of the game.

With 75 Ball Bingo, there are 25 squares on each card, which are split into columns and rows of 5 each. There are 24 random numbers, with the middle square being kept blank, and to win you have to be the first player to check off a row – which can be diagonal, horizontal, or vertical.

This is the most well-known version internationally and is closest to what we might consider ‘classic’ bingo. Players buy cards with a total of 27 squares of numbers divided into three rows. 15 squares feature random numbers and the other ones are left blank.

The aim of the 90 Ball Bingo game is to mark off all of your numbered squares to get a win.

5 Line Bingo, which is sometimes known as 75-25 Bingo, is a mix up 90 Ball and 75 Ball. You are given cards with five lines of numbers, but unlike the other versions, there is no blank square in 5 Line. The aim is to get a horizontal line of numbers on your card checked off.

These are the different styles of games that are usually found at online bingo providers. However, that is not the end of the variety on offer.

Many bingo sites feature themed graphics – for example the urban theme of City Bingo has graphics depicting a landscape of colorful skyscraper buildings, to suggest big city excitement. And that themed idea often extends to the actual games too, with some examples being:

This is one of the promotional games found at the City Bingo site. As the name clearly suggests, the way to win in this particular game is to correctly figure out a location based on clues that are provided. If you consider global geography to be one of your biggest general knowledge strong points, Guess the City will be the perfect themed bingo game for you.

Bear in mind though, that you only get a single choice of location for each game, so you do really need to know your stuff.

The theme of this bingo game is playing cards, with tickets instead of cards. These are either red or black and contain numbers and playing card symbols like jacks, hearts, kings, and queens.

This theme will be especially appealing to those who are trying out bingo online but are already a fan of card games such as blackjack or poker. 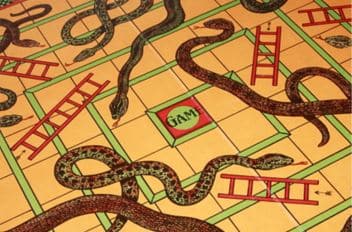 This is a 90 Ball game that has the theme of the popular board game Snakes and Ladders. That aspect of the game kicks in during one of the bonus rounds after you get a winning row of numbers and can win you additional money if you land on a ladder square.

Bingo can be a really fantastic hobby, as it is a fast and thrilling game. All of the different variants and themes that are available for online bingo players only add to the fun.