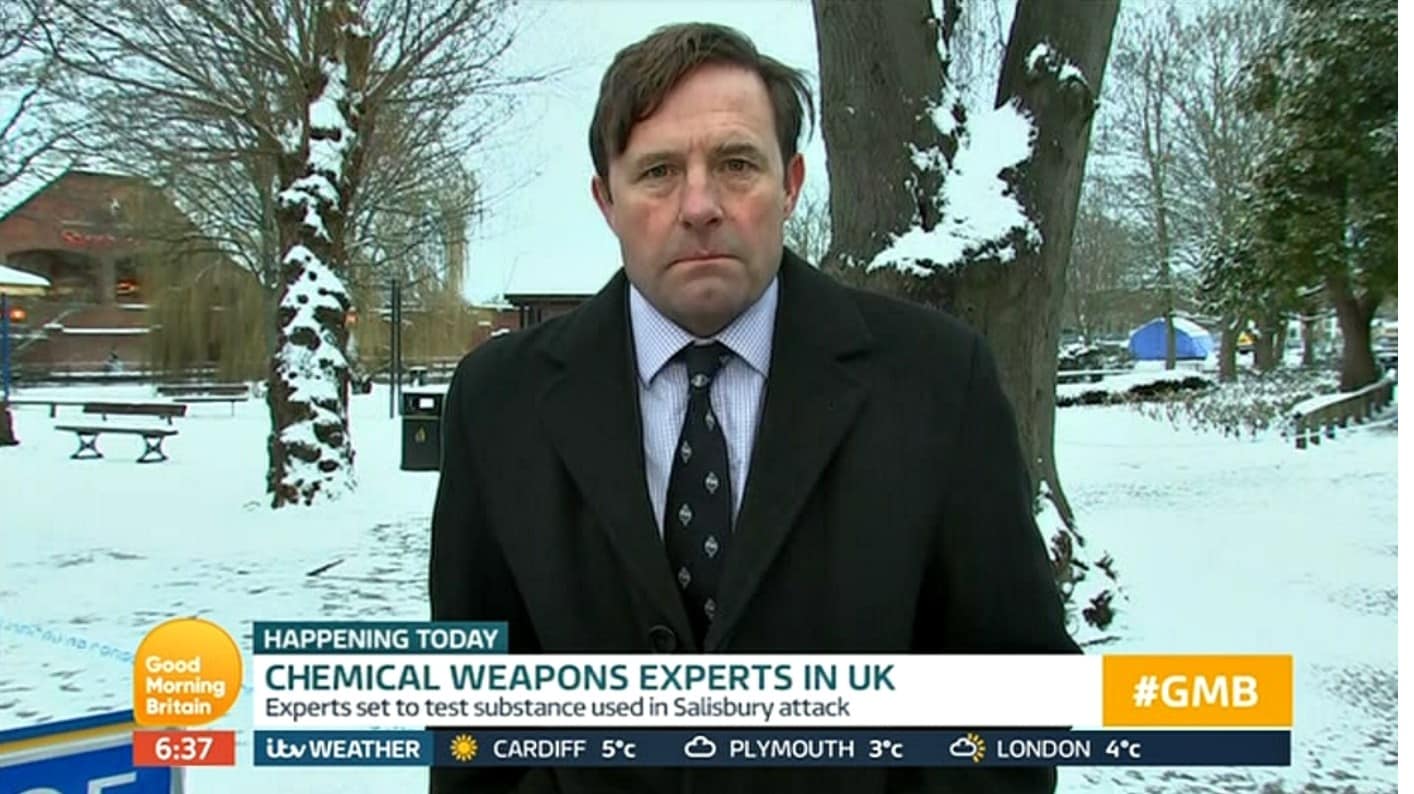 The folks who faked gas attacks in Syria, who trained the White Helmets in stagecraft came to Bucha to aid their Nazi pals…the true story behind NATO’s nasty false flag machine.  VT tends to suspect the same folks who did “Scripol” may have visited Sandy Hook, Boston, and and and and and and and…

by Kit Klarenberg for GrayZone.Com and Fact Checked By VT

TheGrayZone.com – With Washington and its NATO allies forced to watch from the sidelines as Russia’s military advances across Eastern Ukraine and encircles Kiev, US and British officials have resorted to a troubling tactic that could trigger a massive escalation.

Following similar claims by his Secretary of State and ambassador to the United Nations, US President Joseph Biden has declared that Russia will pay a “severe price” if it uses chemical weapons in Ukraine.

The warnings emanating from the Biden administration contain chilling echoes of those issued by the administration of President Barack Obama throughout the US-led dirty war on Syria.

Almost as soon as Obama implemented his ill-fated “red line” policy vowing an American military response if the Syrian army attacked the Western-backed opposition with chemical weapons, Al Qaeda-aligned opposition factions came forth with claims of mass casualty sarin and chlorine bombings of civilians.
The result was a series of US-UK missile strikes on Damascus and a prolonged crisis that nearly triggered the kind of disastrous regime-change war that had destabilized Iraq and Libya.

In each major chemical weapons event, signs of staging and deception by the armed Syrian opposition were present. As a former US ambassador in the Middle East told journalist Charles Glass, “The ‘red line’ was an open invitation to a false-­flag operation.”

Elements of deception were especially clear in the April 7, 2018 incident in the city of Douma, when an anti-government militia on the brink of defeat claimed civilians had been massacred in a chlorine attack by the Syrian army.

Veteran inspectors from the Organization for the Prohibition of Chemical Weapons (OPCW) found no evidence that the Syrian army had carried out any such attack, however, suggesting the entire incident had been staged to trigger Western intervention. Their report was subsequently censored by organization management, and the inspectors were subjected to a campaign of smears and intimidation.

Throughout the Syrian conflict, a self-proclaimed “chemical warrior” named Hamish de Bretton-Gordon was intimately involved in numerous chemical weapons deceptions that sustained the war and ratcheted up pressure for Western military intervention.

This February 24, just moments after Russia’s military entered Ukraine, de Bretton-Gordon surfaced again in British media to claim that Russia was preparing a chemical attack on Ukrainian civilians. He has since demanded that Ukrainians be provided with a guide he wrote called, “How To Survive A Chemical Attack.”

How to Survive a Chemical or Biological Attack – this is Free – please disseminate as widely as possible to civilians in #Ukraine & surrounding countries https://t.co/tkV4Nb3PaO

So who is de Bretton-Gordon, and does his sudden reappearance as an expert voice on the Russia-Ukraine war signal a return to the dangerous US-UK red line policy?

Following months of fevered speculation about an impending Russian invasion of Ukraine, when it finally came to pass on the early morning of February 24th, most were caught entirely by surprise. Media outlets and pundits scrambled to get their stories straight, while Western leaders rushed to construct a cohesive ‘response’.