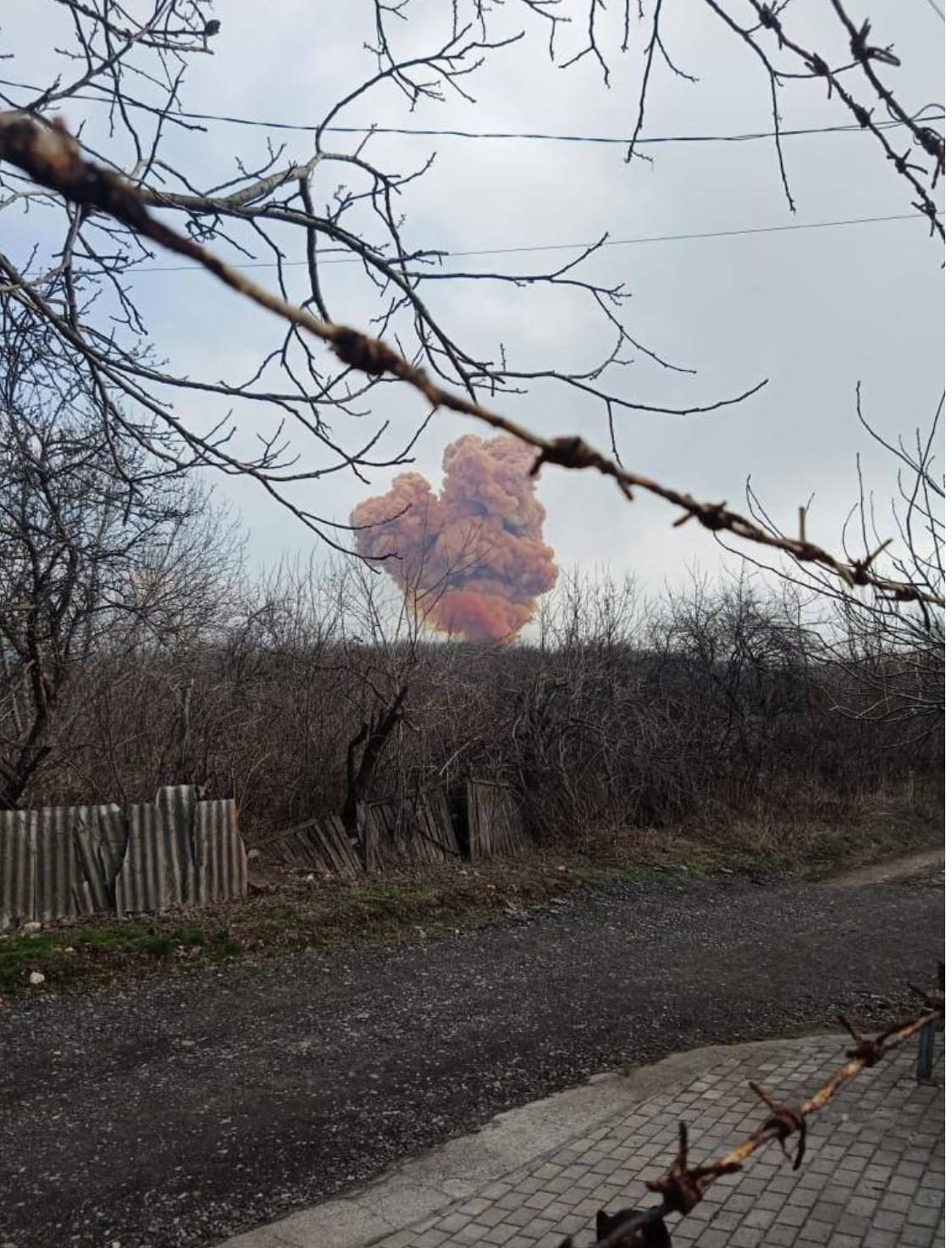 SF: On April 5, an acid tank in the 1st workshop of the Zarya plant was blown up in the town of Rubezhnoye, in the LPR. The town is partially under LPR control, clashes continue in the south-eastern districts of the town, where the Zarya plant is located. According to preliminary data, the explosion was carried out by the AFU before their withdrawal from the town.

Local reports confirm that the moment of the explosion was chosen in accordance with the direction of the wind. Thus, the acid cloud is expected to move to the north towards the town of Kudryashovka, which is under the control of the LPR.

Ukrainian army blows up a cistern with nitric acid in Rubezhnoye https://t.co/beQ5THPMZg

Civilians left in the area are the main victims of the explosion. Those living in nearby villages will be affected anyway. If the wind changes, the acid cloud may reach the large cities of Severodonetsk and Lysychansk.

Nitric acid is dangerous when inhaled, swallowed, and gets on the skin and mucous membranes. In addition, with local exposure to the eyes, nitric acid causes severe damage with large necrosis of the cornea and conjunctiva, which leads to loss of vision.

The Zarya plant is a leading enterprise in the chemical industry of Ukraine, located on the southern outskirts of the town of Rubezhnoye. Among other things, the enterprise includes storage facilities for sulfuric and nitric acid. The production was also engaged in the production of industrial explosives and chemical plant protection products.

The doctrine of “total defense” proclaimed by the Kiev officials supposes that any sacrifice, including the health and lives of a large number of civilians, is nothing if the AFU actions may harm the Russian soldiers, even potentially. As a result, while staging propaganda provocations, blaming Russia for the so-called “genocide” of the Ukrainian people, the Kiev regime is eradicating its own population.