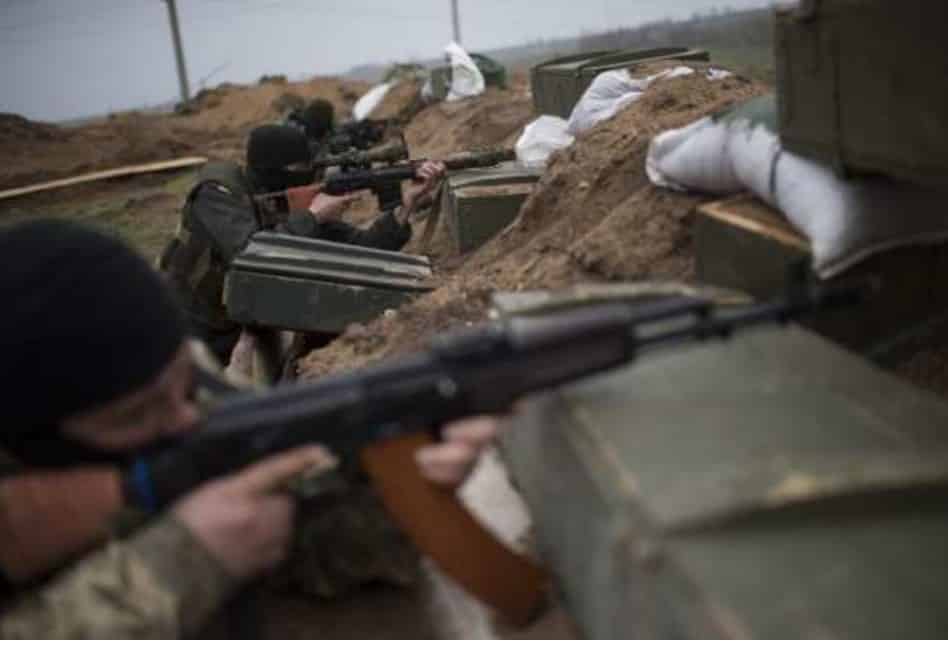 The Kyiv regime wants to repeat the bloody Mariupol scenario in Kramatorsk.

All over #Kramatorsk today, trenches are being dug in the yards of residential buildings. #Nazi groups to use the city's civilians as a human shield
Kramatorsk citizens are burying these defense lines prepared by terrorists. #AzovBattalion #Ukraine #warcrime #Donbas #BreakingNews pic.twitter.com/7H3VUXYLKy

According to the sources of “Russian Spring” , in a number of buildings of the 3rd city hospital (surgical, therapeutic), in school No. 12 and school No. 14, the Armed Forces of Ukraine and Nazi gangs were located over the past day.

60,000 fighters are caught at Kramatorsk Ukraine – the bulk of the NAZI AFU.

They have no chance of resupply or reinforcements. They have run out of gasoline.

Once they have been neutralized (one way or the other), everything else in Ukraine will fall & the war will end.

The map below shows concentrations of military personnel in residential buildings along Socialisticheskaya Street (renamed Stusa Street) and Lazo (renamed Heroes of the Heavenly Hundred Street).

Ignore Kiev, ignore Kharkov, ignore the rest of Ukraine — THIS is the important bit, this is where THE battle is taking place:

60,000 Ukr Nazi fighters are caught here. They have no chance of resupply or reinforcements pic.twitter.com/c4v3EdjJ7b

We appeal to residents of Kramatorsk who live or work nearby: in the coming days, it can be extremely dangerous to be near these buildings. If you have the opportunity to evacuate the city, you need to do it. If the Kyiv regime decides to sacrifice Kramatorsk, as it did with Mariupol, it will soon become impossible to leave the city.

In addition, as in Mariupol, a number of large industrial enterprises are located in Kramatorsk, including the giant NKMZ plant – Novokramatorsky Mashinostroitelny. As in the case of the Mariupol Azovstal, it can be used by the Nazis for combat operations.