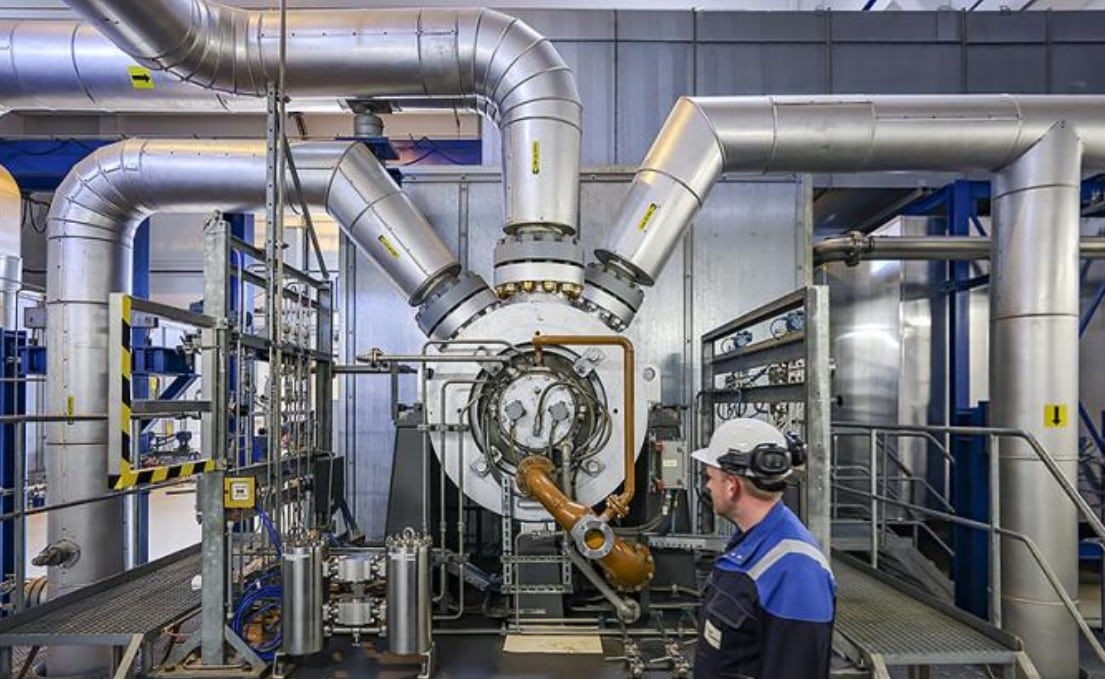 SVPressa.ru: The head of the European Council, Charles Michel, said on April 6 that the European Union will sooner or later have to impose restrictions on Russia’s oil and gas.

At the same time, the day before, the head of European diplomacy, Josep Borrell, ruled out the possibility of a decision at the EU level to ban Russian gas imports, as Hungary promised to veto it. The fifth package of sanctions against Russia, announced on April 5, which includes measures such as a ban on coal exports from the Russian Federation and a ban on Russian ships from entering European ports, still did not affect gas.

Throwing European officials are understandable. On the one hand, the export of gas and oil is now the main source of foreign exchange earnings in the Russian Federation, and they would like to block this faucet. On the other hand, the EU countries are not in a position to completely abandon Russian energy resources without huge damage to themselves.

“Sanctions only make sense if they weaken those for whom they are intended, and not the one who imposes them,” Austrian Chancellor Karl Nehammer said in early April.

However, in the event of a further escalation of the confrontation, one cannot rule out a scenario in which the Europeans will take a step that is devastating to the economy.

In the event of an embargo on gas supplies from Russia, according to experts, the industrial enterprises of Germany, Austria, and also the countries of Eastern Europe will suffer the most. Germany’s problem is also that it does not have its own LNG terminals that would help to urgently compensate for the losses.

At the end of March, Bloomberg, citing the largest industrial unions in Germany, wrote that a significant part of German enterprises, especially steel, chemical and paper mills, risk closing within a few weeks without Russian energy.

Organizations such as IG Metall, IGBCE, IG Bau spoke out against energy sanctions, as the restrictions will provoke not only a crisis in the labor market, but also a rapid collapse of industrial production chains in the EU with global consequences.

The German chemical concern BASF said that if gas supplies were halved, then the largest chemical plant in the world in Ludwigshafen, which employs about 40,000 people, would have to be closed. Even in the event of a partial reduction in gas imports, the production of many important products will have to be limited.

Industries adjacent to the most dependent on gas will also suffer. Lamia Messari-Becker, who advises the German government on construction and energy issues, said nearly half a million jobs would be affected in the construction industry, which relies on chemicals, steel, and cement.

Representatives of the German automotive industry also fear disruptions in Russian gas supplies and warn that such a scenario would cause enormous damage to the industry, which provides jobs for almost 800 thousand people, writes Süddeutsche Zeitung. Gas in the production of cars is used not only for the operation of factories but also for the creation of a number of components.

Back in mid-March, the European Non-Ferrous Metals Association Eurometaux reported that aluminum industry enterprises in the EU countries were working “at half a turn” due to rising tariffs, and the management of Jacob Delafon, a large household ceramics manufacturer, sent staff on forced leave for the same reason.

Leading expert of the National Energy Security Fund (NESF), senior researcher at the Financial University under the Government of the Russian Federation Stanislav Mitrakhovich told SP that although the first “victim” of refusing gas is the chemical industry, the entire EU economy will suffer.

— The chemical industry depends on gas in many aspects, the most obvious being nitrogen fertilizers. If the cost of natural gas rises sharply, the company will either have to suspend operations or increase the cost of the crop grown with these fertilizers. After that, you will have to increase the cost of all food products. This, of course, can attract support from someone, like the German Minister of Agriculture, who said that the increase in prices would save the animals. But I’m not sure that outside of the Green Party’s core constituency, such ideas will win approval. Especially, against the backdrop of a rise in the cost of communal apartments and the loss of jobs.

40% of fertilizer production in Europe was reduced already in the last half of the year due to the energy crisis caused by dubious regulatory decisions by the EU leadership. In the event of a one-time embargo on Russian gas supplies, it will be possible to say goodbye to this type of industry. But this is just the tip of the iceberg.

The production of aluminum and zinc was also reduced by 40%. The entire metallurgy is highly dependent on natural gas, and an alternative to it can be found only on the horizon of several years. At the same time, the alternative in the form of oil and coal is also unacceptable, since the EU is already planning to impose restrictions on the supply of Russian coal, and it will not expand its dependence on oil products.

We are talking about all sectors of the economy because gas is needed in so many processes. Take diesel for example. To produce it, you need natural gas, from which you get hydrogen, with which you remove sulfur from diesel.

A few weeks ago, experts were already warning about the possibility of a diesel crisis in Europe. Any product that enters the market, even building materials, even bananas, is driven by diesel fuel cars. Rising prices and shortages will be a huge contribution to inflation, not to mention the problems for logistics companies.

– That is, a number of industries can really stop?

– It seems to me that it is not entirely correct to ask the question: “What will happen to the European industry if it refuses Russian gas?” A better question is: “What will happen to European industry, which has already abandoned Russian coal and potentially oil products if it abandons gas?” After all, Russia can also raise the stakes, and then Europe will have to live simultaneously without Russian oil, oil products, gas, and coal.

All this is used not only in industry but in public utilities and the electric power industry. For example, in France, in all seriousness, heating oil is used to generate electricity. Such things are practiced in progressive Sweden. It will be very difficult to give up all this instantly.

If we talk specifically about industry, chemistry, metallurgy and mechanical engineering depend most on gas. Even electric vehicles need a lot of rare-earth metals, so their cost will also increase. I’m not talking about utilities, which are growing by tens of percent.

Perhaps when the West announces the rejection of Russian resources, this is a form of psychological pressure. But we must be aware that we are in the hot stage of the crisis, and during an escalation, everything is possible. The conflict can reach a new level, including in the sphere of economic wars.

“First of all, the embargo will affect countries that are closer to Russia,” explains Alexander Zubets, Doctor of Economics, Vice-Rector of the Financial University under the Government of the Russian Federation.

— The farther to the West, the less this dependence. Great Britain, Portugal, Spain, and even France are less dependent on Russian gas, but in Eastern Europe, more than half of the supplies come from us.

If we talk about industries, energy-intensive industries that depend on gas as a fuel or raw material for production will suffer first of all. But in reality, the entire energy sector and the economy of Europe will suffer, as the rejection of Russian gas will lead to higher prices for raw materials from other countries. This, in turn, will lead to multiple increases in electricity prices.

We can already see that European business is suffering because of rising prices. Today was published the index of the sentiment of the German industry in terms of orders, fell sharply in the last quarter. This may indicate the beginning of a crisis in production caused by the high cost of energy.