[ Editor’s Note: As VT has written for years, ‘mini-nukes’ have been deployed and used in a lot of ways, officially and unofficially, and not just by the US. Israel has used them when it has desired, with their bringing the World Trade towers down, deemed by many to be their public debut.

VT was fortunate to have been trusted to see the Sandia Labs official report that was never publicly released and for good reason. We put the word out to our team and compiled quite a list of suspected uses, most often disguised as truck bombs, clean low yield nukes, or ammo dumps going up.

The Israeli attack on the Beirut port was the last big event but with its sloppy fertilizer explosion two-bit cover, as exposed by the warning labels on ammonium nitrate bags: DANGER: Does not burn or explode, but can give off toxic fumes when wet.

Mass media and all government officials had no interest in the label warning. They preferred the fireworks story. The FBI and French Intelligence were there, and they were not interested in the warning label anomaly either.

Welcome to how the world really works, as Gordon would say. You make the ‘facts’ fit the version of the story that benefits your goals and ignore anything that contradicts… Jim W. Dean ] 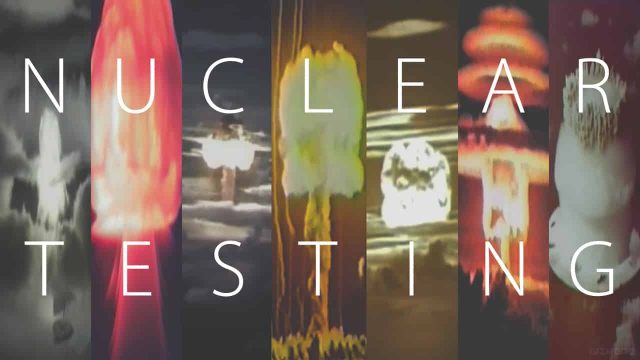 The nation’s top military officer on Tuesday told lawmakers that he still supports the development of a nuclear-tipped sea-launched cruise missile.

…“I will say that to you though, as members of Congress who have oversight responsibilities, my position on SLCM-N has not changed,” Milley said. “My general view is that this president or any president deserves to have multiple options to deal with national security situations.”

Defense Secretary Lloyd Austin, meanwhile, downplayed the decision to slash the program, which was disclosed by senior officials last month ahead of the rollout of the Nuclear Posture Review.

“The marginal capability that this provides is far outweighed by the cost,” Austin said at Tuesday’s hearing. “So we had the ability to provide options to the president with a number of means.”

“The Nuclear Posture Review does provide that low-yield missiles will be deployed on ballistic submarines,” Courtney said. “Again, the question of SLCM is really whether they’re going to be extended to attack submarines.

“That issue of changing, really, the mission of attack submarines is something that is greatly in dispute,” he added. “And I think the administration made the right choice in keeping attack subs focused on their main mission.”

Some Democrats have pushed to defund the missile, calling it expensive and destabilizing.