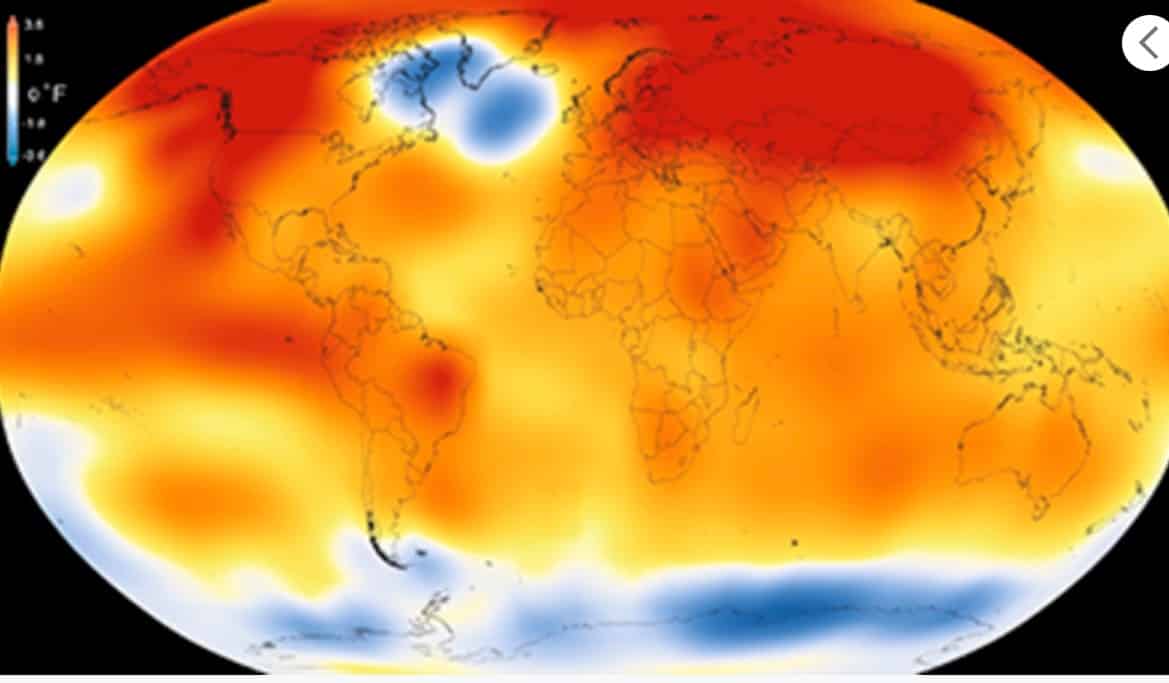 by RT investigative unit, Funded by the Russian Government

RT.com – Declassified files released by the US National Security Archive reveal the extent of paranoid and aggressive American backroom bullying in negotiations over the Kyoto Protocol, a historic 1990s agreement that obliged almost every country in the world to reduce greenhouse gas emissions, in an attempt to thwart the onset of global warming.

In particular, Washington sought to ensure the Pentagon was exempt from emissions targets. This desire was understandable – after all, research by Durham and Lancaster University published in 2019 revealed the US military is “one of the largest climate polluters in history, consuming more liquid fuels and emitting more CO2 than most countries.” If it was a nation-state, it would be the world’s 47th largest greenhouse gas emitter.

Still, President Joe Biden has declared climate change to be the biggest threat to national security, although a cynic might suggest the real fear is that environmental destruction could mean that the US defense budget – $768 billion this year alone – might be scaled back slightly. That was certainly the case in the lead-up to the Protocol’s signing in December 1997.

A confidential State Department cable from late 1997 advised UN Ambassador Mark Hambley to seek a “national security exemption relating to military activities that are directly in support of peacekeeping,” despite acknowledging the Federal government and its “defense installations and training operations” was the “single biggest user of energy” by the US.

A 2007 Brookings Institution paper surmised that the Pentagon was responsible for 93% of all US government fuel consumption. Yet, numerous documents included in the National Security Archive tranche show US officials, in particular Bill Clinton, were briefed that the true figure was a mere fraction of this.  This false picture was then served up to the media, lawmakers, and the public in justifying the Pentagon emission exemption.

For example, in a March 1998 briefing, key White House advisers told the Oval Office resident that the Department of Defense accounts for just 1.4% of total carbon emissions, with military operations and training contributing just 0.8%. Meanwhile, a State Department paper two months earlier challenging domestic criticisms of the Protocol declared US military emissions “amount to less than one-half of one percent of total US greenhouse gas emissions.”

These figures are completely absurd, given the DOD was using around 30,000-gigawatt hours of electricity annually in 2006, and 46 billion gallons of fuel on average each year at the time of the study – more than double all US civilian airlines from 2004 to 2020.

Clearly, it is impossible to reconcile a commitment to seriously tackling greenhouse gas emissions with a determination to maintain an expansive globe-spanning network of trucks, planes, and ships. This contradiction-in-terms is summed up neatly in a document outlining US approaches to Russia on establishing national security sidestep in the Kyoto Protocol.

“Our delegation would appreciate the support of all members of this body in examining how we can protect world peace while preserving our planet through some kind of national security or national emergency provision,” officials stated on October 31, 1997. “We have an obligation to the world community, our individual nations, and ultimately to the men and women who serve in our military forces to carefully consider how we address military operations in this Protocol.”

Washington had other means of ensuring acquiescence to its national security-dominated agenda. An early December 1997 memo authored by Hambley indicates that Japanese delegates to Kyoto had asked him to reconsider the US position – “We looked at this idea briefly and were not impressed,” the diplomat records. As such, he proposed to offer “emissions carrots” to Tokyo and “developing countries” more widely to “buy their acceptance.”

The same memo details negotiating sessions, noting that Pentagon representatives were directly involved in the discussions, and when it came to the exemptions they “have carefully orchestrated this issue which, in any case, looks very problematic.”

Another tactic the US deployed was to use the New Zealand delegate Daryl Dunn to introduce the idea of a follow-on process to the Kyoto discussions, thus rendering any agreement merely provisional, and subject to further, future negotiation.

A separate memo by Hambley notes how the US pushed Dunn into making this unpopular suggestion, and Dunn commented that he was reminded of the popular BBC sitcom ‘Yes, Minister’, “in which the Minister, who routinely proposed to undertake risky or merely stupid endeavors, was encouraged to do so by his senior advisors only to return from the battle in bloodied form.”  Dunn, the memo records, “was concerned about becoming the Minister.”

This combination of bribing, begging, and bullying resulted in a coalition of the willing.  Japan and a number of other nations reliant on the US military – including Canada, Australia, New Zealand, and Switzerland – pledged support for national security exemptions to emission targets.

However, other Kyoto participants, including China, Russia, and even the UK, were less convinced. Hambley despaired in a December 5th memo of “unusually bitter attacks” leveled at the US over its efforts to cloak all talks of saving the planet in national security double-speak.

As luck would have it though, four days later the Kyoto committee accepted exemptions that included joint military efforts between countries, meaning emissions arising from such operations didn’t need to be reported as part of national totals. Crucially, this extended to aviation and “bunker fuels” used by fighter jets, warships, and military vehicles outside national borders.

The US was clearly getting its way and then some in Kyoto – but even these significant concessions weren’t enough in certain quarters.  When word of the agreed-upon protocols was received on American shores, dissent rippled through the political ranks.

A letter sent by a group of Republican lawmakers to then-President Bill Clinton in January 1998 argued that “the vast bulk of our military’s domestic training and operations will fall under the Protocol’s limits,” which could, therefore “generate pressure from the UN to curtail the training and operations that have made our armed forces second to none.” Evidently, maintaining Washington’s “full spectrum dominance” was considered much more vital than trying to save the planet it is dominant over.

This attitude is also pervasive in a highly critical White House Office of Environmental Initiatives appraisal of the Protocol’s terms, which notes that it “only” exempts “multinational and humanitarian” military efforts from reporting.  “That will inevitably put pressure on us to limit unilateral military action, such as in Grenada, Panama or Libya,” the document’s nameless author despairs.

The in-house environment office’s paper also offers extraordinarily candid insight into the paranoid mindset of US planners.  For example, financial incentives for countries meeting emissions targets were viewed in sinister, zero-sum terms – “a sham” through which “billions of dollars” could potentially be transferred to countries like Russia, and “rogue nations” such as Iran, Iraq, or Libya, while also forcing targets on Washington that were “too tough” and “not tough enough” on others.

The memo, located in the Clinton Presidential Library, laments, “Won’t this Protocol inevitably come to impair US sovereignty?” The author then went full conspiracy theory, asking, “Won’t we inevitably be turning over decisions about American energy usage, and therefore the American economy, to international bodies dominated by the developing countries, perhaps acting in concert with the EU?  What verification procedures are there to ensure that other countries honor their obligations? How will the Protocol be enforced?”

Ultimately, all of America’s plotting, scheming, schmoozing and angsting was for nought. The Kyoto Protocol came into effect in 2005 and expired 15 years later, without the US ever ratifying it or coming anywhere close to meeting a single one of the modest, prospective targets it would’ve been compelled – completely voluntarily – to attempt to achieve, even if it had become a signatory.

These documents amply illustrate that when it comes to a choice between global ‘security’ and the planet’s continued existence in a remotely habitable form, the Pentagon and the White House will always choose the latter – at the expense of the environment, and human life.