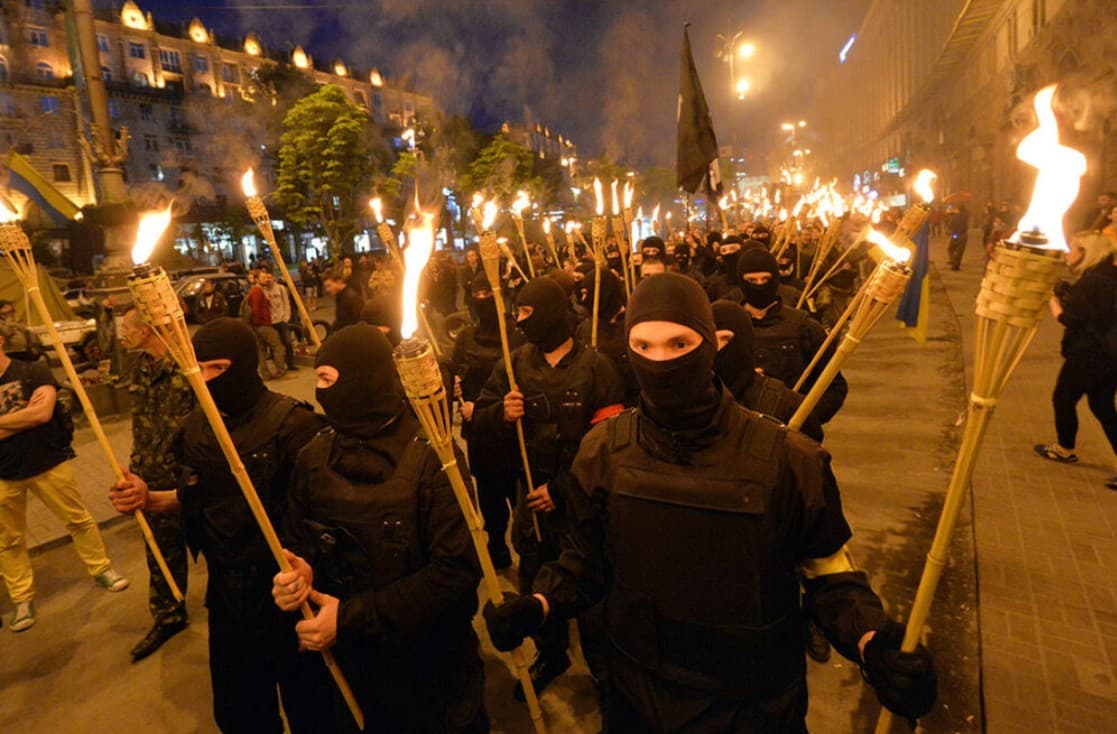 As described by William Bramley in The Gods of Eden, world history seems to be a string of endless wars designed to satisfy the needs of “the Gods” for total power over humanity.

I have recently posited that the current kinetic action in Ukraine is merely the continuation of the pattern we saw during the 20th century with its 2 world wars that constituted a form of a modern-day crusade to re-establish the State of Israel in the Holy Land.

Using that phrase goes well beyond merely suggesting it will be a heavily armed, constantly on alert police state like some might call Israel.

It is fraught with unique meaning related to the deeply held religious convictions of devout Jews and Christian Zionists who believe the foundation of Israel in 1948 heralds the return of the Messiah.

Even if the current squabble in what some might label Khazaria lacks the level of intensity described in the Book of Revelation as Armageddon with Gog battling Magog for the future of humanity, it still is fraught with extreme danger and the potential for a dramatic transformation of life on Earth, especially considering the possibility of nuclear war.

The Bunting Cloverleaf (while rescuing the remaining European Jews and maybe
setting up The New Israel in Khazaria/Ukraine!)

The Bunting Cloverleaf is the Israeli version of the One Belt One Road Project and is closely linked to The Great Reset plans of the World Economic Forum in Davos.

Former Prime Minister Bibi Netanyahu openly bragged about the oversized role of Israel in dominating the political economy of the planet by relying on “cyber as the domain of power!”

The convergence of so many waves of change into a Black Swan moment centered on Israel and its companion state of Ukraine as Easter beckons resonates with powerful synchronicities that demand attention while raising profound questions relating to humanity’s fate.

The emergence of Transhumanism as a source of threat to our Souls; its close association with the Davos Agenda; the Judeo-Christian conversation having such an extraordinary place over thousands of years, and the dynamics of modernity impacting us all at Warp Speed challenges all thinking individuals to look past the propaganda embedded in MSM and peek deep within ourselves to evaluate the truth of these dramatic events.

Nancy Pelosi returned from Israel earlier this year to announce that the creation of the State of Israel was the “greatest accomplishment of the 20th Century!”  Her remarks echoed the same sentiments as her political opposite, Donald Trump, who boldly stated on Veterans Day, 11/11/16, that “Israel was a beacon of light for the world in the Middle East!”

Putting those comments into the context of seeing a doddering President Biden greeting his predecessor, Barack Obama, at the White House yesterday, accompanied by VP Kamala Harris, a zealous Zionist who I predicted three years ago was likely to become president, how far does one have to stretch their imagination to at least be curious about the real meaning of Zelensky’s otherwise curious comments?

When a Ukrainian Parliament Member spoke weeks ago about how fending off the Russians was essential to creating The New World Order, her words struck many as peculiar.  Looking at this latest development and viewing in through the long lens of history suggests a well-organized and long thought out endeavor to accomplish exactly what she described.

The question remains:  will these developments be good for the world with its agenda so closely tied to The Davos Great Reset and Israel’s Bunting Cloverleaf or will it usher in a Transhumanist Dystopia reminiscent of Orwell’s 1984 with a boot firmly lodged on the throats of us all?

SOURCESubmitted to Gordon Duff by email
ATTENTION READERS
Due to the nature of independent content, VT cannot guarantee content validity.
We ask you to Read Our Content Policy so a clear comprehension of VT's independent non-censored media is understood and given its proper place in the world of news, opinion and media.