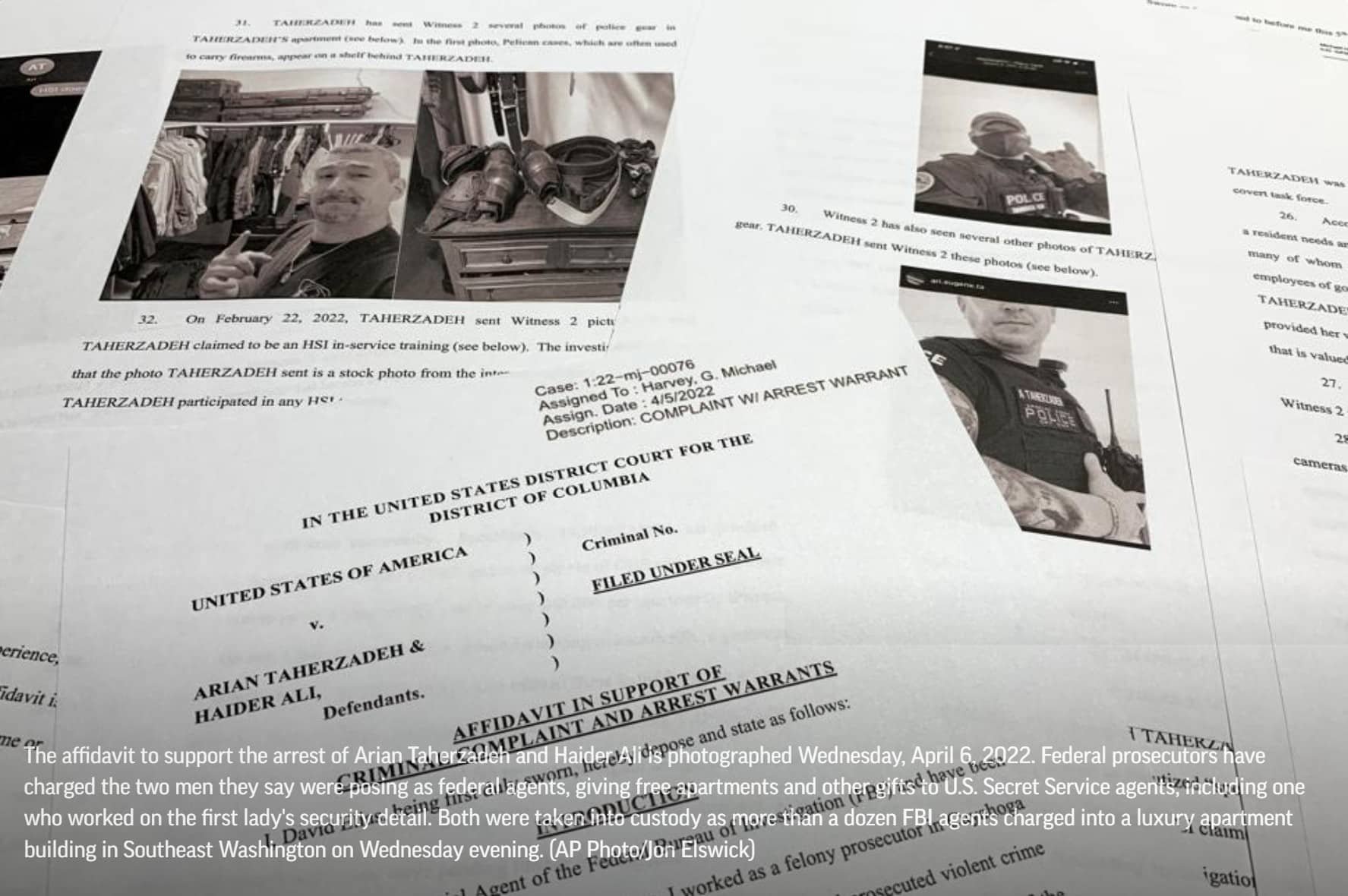 VT: From here on we are entering a new world.  This is closely tied to either killing the president for reason now obvious to most or giving Turkey/Erdogan leverage against Putin and Biden that can be used in his dealings with Israel, Ukraine, and Syria.  We are now behind the mirror…

This is timed to an attempt to kidnap Putin in Budapest…indicating what looks like a double coup, both US and Russia…

Raw Story: On Wednesday, the Associated Press reported that the FBI has arrested two men who posed as Department of Homeland Security investigators, who claimed they were part of a January 6 task force and offered to give gifts to Secret Service agents, including some assigned to the protection detail for members of the First Family.

Prosecutors charged 2 men “posing as federal agents, giving free apartments and other gifts to Secret Service agents, including one who worked on the first lady’s security detail.”

Gifts worth well over $40k a year? Who funded these guys? https://t.co/nDKci8jwEC pic.twitter.com/STfJalkaqO

“The two men — Arian Taherzadeh, 40, and Haider Ali, 36 — were taken into custody as more than a dozen FBI agents charged into a luxury apartment building in Southeast Washington on Wednesday evening,” reported Michael Balsamo. “Prosecutors allege Taherzadeh and Ali had falsely claimed to work for the Department of Homeland Security and work on a special task force investigating gang and violence connected to the Jan. 6 insurrection at the U.S. Capitol. They allege the two posed as law enforcement officers to integrate with actual federal agents.”

Absolutely wild story. “In one instance, Taherzadeh offered to purchase a $2,000 assault rifle for a Secret Service agent who is assigned to protect the first lady. Prosecutors said four Secret Service employees were placed on leave this week as part of the investigation.” https://t.co/8T24AnI900

“Taherzadeh is accused of providing Secret Service officers and agents with rent-free apartments — including a penthouse worth over $40,000 a year — along with iPhones, surveillance systems, a drone, flat-screen television, a generator, gun case, and other policing tools, according to court documents,” said the report.

Wonder what the guys wanted in exchange?

“He also offered to let them use a black GMC SUV that he identified as an ‘official government vehicle,'” prosecutors said. “In one instance,” the report added, “Taherzadeh offered to purchase a $2,000 assault rifle for a Secret Service agent who is assigned to protect the first lady.”

“…a Secret Service agent who is assigned to protect the First Lady.” Four agents were placed on leave earlier this week. US: 2 posed as agents, gave gifts to Secret Service officers | AP News https://t.co/3dCM8Tzzth

According to the report, four Secret Service agents have been put on leave as part of the investigation.

Per The Washington Post, “The charges against Ali and Taherzadeh came as FBI personnel were seen in the Navy Yard area Wednesday night and were photographed on social media going into an apartment building. In a statement, the FBI said personnel was conducting “court-authorized law enforcement activity” in the 900 block of First Street SE.”