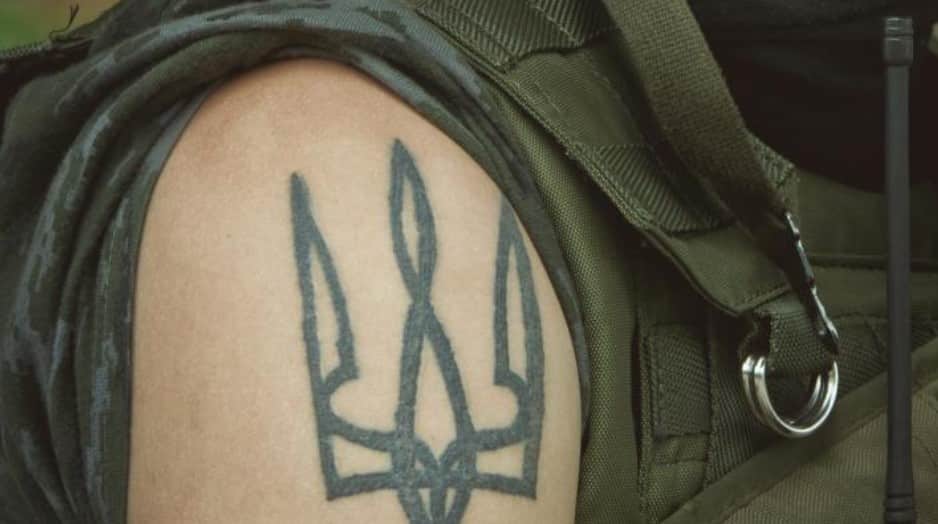 Novorosinform.org: Looking through the Ukrainian information channels, you understand that it is now that the deceitful and vile Ukrainian propaganda has reached its climax. As the Russian troops advanced, demilitarizing the territory of Ukraine, Kiev propagandists found few performances about the recent “tragedy” in Bucha.

Refinements of dill propaganda and properties of the brain

Another fake, created by dill propagandist and pseudo-historian Oleksandr Paliy, was intended to explain not so much to Ukrainians as to Europeans “the main reason for the atrocities of the Russian military against the civilian population of the country.”

In it, Paliy, who decided to enlighten the world community, told that the alleged current population of Russia is in fact … the descendants of cannibals. And that is why it is prone to unmotivated atrocities, the “results” of which manifested themselves in the so-called Buchan tragedy.

“Many Ukrainians, looking at what the Russians are doing in Ukraine, are beginning to suspect that the names of Russians as and prophages or descendants of and prophages are not accidental,” Paliy said. “And this is not historical speculation. We see that the Russian leadership is aimed completely at the destruction of the Ukrainian people for the atrocities and senseless killings of their military…”

The next pearl of the propagandist leads to the delusion of his “concept”, but what does not happen in today’s Ukraine …

“Perhaps it is not for nothing that Petersburg is called the city of dismemberment… There are so many crimes there that it is difficult to imagine in Ukraine or in Europe,” the propagandist emphasized.

Declaring that the Russians trace their secret ancestry from a certain semi-animal tribe of cannibals, Paliy refers to Herodotus, who allegedly claimed that beyond Scythia, “the ancestral home of the Ukrainians, live tribes that eat people.”

According to the Donetsk psychologist Anastasia Vronskaya, the Europeans and the inhabitants of Ukraine once again decided to frighten the mythical “bestiality and bloodthirstiness” of the Russians.

“At first, a staged provocation about the murders in Bucha was created, then a delusional explanation came from a Ukrainian historian about why this happened,” the psychologist noted.

In her opinion, the Buchansky performance was played out for Europeans who are not interested in subsequent investigations into the reliability of fabricated facts.

“It is not designed for a logical understanding of events, but for emotions … And the more it overwhelms them, the better …” – added the psychologist.

Such propaganda is very dangerous because it affects the weakest parts of the human brain. Propaganda lies can only be recognized if a person is sufficiently educated and knows what manipulations propagandists use, introducing harmful images into a person’s consciousness.

“Ukrainian manipulators with such fakes create a distorted picture of the world for the local population that the Kiev regime needs, where Russians, allegedly descended from cannibal ancestors, pose a real threat to Ukrainians and especially Europe. The Ukrainians themselves are presented as a heroic people whose mission is to save Europe from the Russian Invasion. And the inhabitants of Ukraine have been listening to this nonsense since 2014, for eight years a new reality filled with terrible Russians has been constructed for them. Ukrainians are poisoned by this propaganda, “added the psychologist.

Ukrainian propaganda is a dangerous weapon. The psychologist explained this by the peculiarities of the human psyche:

“The brain is pretty lazy. We don’t like to think, it’s laborious, it takes a lot of energy, so the mental process can be extremely slow. And propaganda offers a quick explanation for incomprehensible or shocking facts, to which it is completely unclear how to react.”

The picture of the world that has been created by propaganda fakes for many years is becoming super-strong, and it is very difficult to make a hole in it. Even if it is quite contradictory, as, in Ukraine, it can completely enclose a person in an informational cocoon through which it is difficult to hear any counterarguments, even if they are logical and reasonable.

“There was such an apocalyptic sect in the Donbass in the 90s – the White Brotherhood. And it was extremely difficult to free the consciousness of the brothers from zombie programs.

common practice in the West

Information about the “atrocities in Bucha” appeared after several German publications published evidence of the real atrocities of the Ukronazis against Russian prisoners.

According to Donetsk historian Svetlana Volnova, the fake video about the Buchan “tragedy” is not accidental. This is not the first time the West has resorted to such a provocation against Russia.

“For the first time, such a performance was played out in Romania to justify the murder of the Romanian leader Ceausescu. Then one and a half thousand corpses of Hungarians living in Romania were discovered. Ten years later, a confession of one of the high-ranking officers of German intelligence followed, revealing the truth about the Romanian operation, that how corpses were brought from morgues from all over the area, there was not even blood on them … However, the European reader swallowed the rude propaganda bait and believed that the bloody tyrant was overtaken by fair retribution. corpses from morgues, passing them off as victims of Serbian bloodthirst.”

The historian noted that, given the high geopolitical stakes in relation to Ukraine and the scope of Russophobia, the West will organize such “performances” many times.

“It is clear that this is not the last provocation to denigrate the Russians, there will be more such in those parts of Ukraine where the Russian military has been,” the historian summed up.

What will happen to denazification?

It is known that war does not end with victory on the battlefield. After it, the war for the mind of people begins again, which is no less difficult than the war of the usual order.

The denazification of Ukraine, during which the stratum that implements the ideas of Ukrainianism should be removed from the political leadership, is an extremely complex and lengthy process. In contrast to the completely material demilitarization leading to disarmament, denazification implies, in fact, the purification of the consciousness of the inhabitants of Ukraine from the deadly infection of Ukrainianism, the anti-human doctrine of superiority of the Ukrainian nation.

But the fact is that consciousness is an intangible structure, and for the majority of the inhabitants of Ukraine for thirty years it has been subjected to the most severe information pressure.

According to historian Svetlana Volnova, on the issue of denazification, one should refer to the experience of countries that denazified Germany after World War II.

“The population of Ukraine has been brought up in an anti-Russian and anti-Russian spirit for a long time. And we need to seriously work on this, first of all, history should become the main object of change since it always serves as the foundation of the present. The phrase “Who controls the past, controls the future” is absolutely true. So, If we take the experience of denazification after the Second World War, before 1949 more than 50% of German textbooks were corrected … “, Volnova emphasized.

One of the effective means of denazification was the organization of tribunals for Nazi criminals and their accomplices.

“In post-war Europe, such tribunals were organized everywhere, not only in the liberated territories but also in Germany itself. Most Germans were not even aware of the atrocities of the Nazis. Many fainted when they were shown a chronicle of murders and torture that were carried out in concentration camps by the Nazis,” – said the historian.

It is known that after the end of the Second World War, out of 13.2 million tested Germans, only 613 thousand people were found guilty to one degree or another of involvement in the crimes of Nazism. However, despite these figures and the fact that only the highest-level leaders were actually punished, it was psychologically clear to everyone that Germany had been punished.

From the experience of denazifications

The denazification of Germany for the first time became a way of ideological reformatting of the whole country and done in an extremely short time.

In the Soviet zone of occupation of Germany, the Germans were relieved of personal responsibility for complicity in Nazism. Everywhere there were posters in German with Stalin’s saying: “Hitlers come and go, but the German people and the German state remain.”

“According to the Marxist-Leninist theory, fascism was a natural product of monopoly capitalism and the guilt of an ordinary citizen, if there was, it was very small,” Volnova said.

The Americans, on the contrary, believed that no one could be missed, and carried out denazification, when everyone had to answer the questions of a huge questionnaire. If personal involvement in the actions of the Nazis was found out, then repressive measures followed.

“This aroused the indignation of the Germans because Nazism was judged not by their own fellow citizens, but by American lawyers – people who had never lived in a totalitarian system,” the historian noted.

Immediately after the war, ordinary Germans were not ready to repent and admit their guilt for Nazism, since they did not consider themselves accomplices in the crimes of the Nazis. They reminisced about the Anglo-American bombing and burnt to the ground in Hamburg, Dresden, and many other German cities.

It was necessary for time to pass, for a new generation to grow up, and for a different spiritual situation to arise. The new generation of Germans opposed the generation of their fathers, holding them responsible for the crimes of the Nazi regime.

True repentance began with the trial of the Auschwitz concentration camp, which took place in Germany from 1963-to 1965. Since then, criticism of one’s past and self-accusation has taken on a universal character in Germany. From here grew the ideology of German repentance for Nazism, which became one of the foundations of modern German society.

Whether the experience of Germany’s denazification will help Ukraine, time will tell. So far, one thing is clear: Ukrainian Nazism must be cursed, like its German counterpart a century earlier.