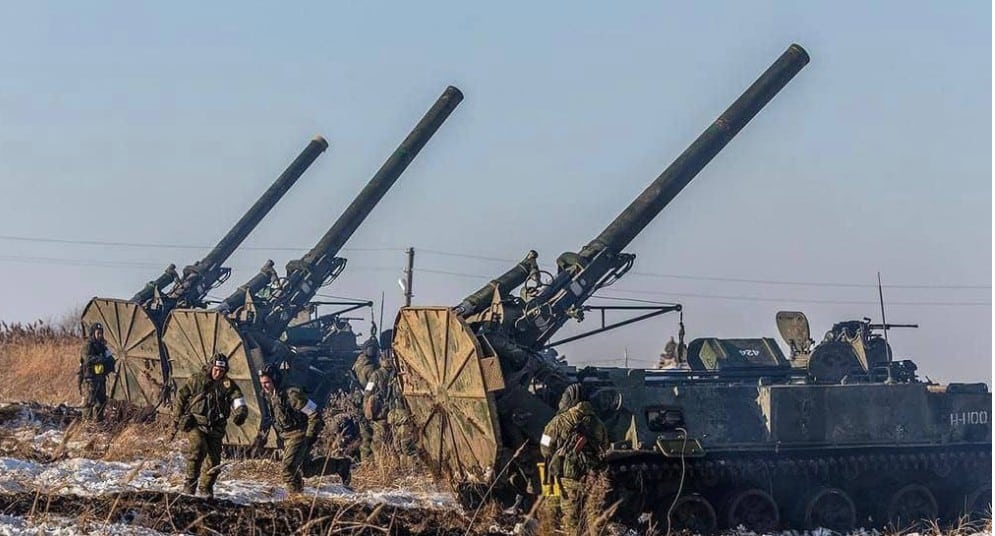 Southfront – Fierce street clashes continue in the city of Mariupol. On April 6, the DPR advanced in the area of the city seaport. The first footage from Russian drones from the area was shared online. This is a clear sign that the area was almost secured.

On April 6, Russian sources shared photos, taken by a drone, showing the Donbass command ship of the Ukrainian Navy in the Mariupol port, which sustained some serious damage as a result of a direct or an indirect strike. On December 9, 2021, the ship tried to pass through the Kerch Strait. It was captured in Crimea but later returned to Ukraine. DPR and Russian troops are carrying out the mop-up operations in the residential areas in the Left Bank and Central districts of the city.

According to the Russian Ministry of Defence, on the morning of 5 April, another attempt by the Kiev regime to evacuate the leaders of the Azov nationalist battalion was foiled near Mariupol. Two Ukrainian Mi-8 helicopters attempting to break through to the city from the sea were reportedly shot down by man-portable anti-aircraft missile systems.

According to unconfirmed reports by Russian military commanders on the ground and several sources, NATO officers and even a general of the US and European Armies may be blocked in Mariupol. Some sources report that the Russian Army had already taken one NATO commander, Lieutenant General Roger L. Clothier, near Mariupol. Other sources allegedly report his death. Reports about NATO commanders taking shelter with Azov militants in Mariupol may explain why NATO member states especially France and Turkey are asking to implement a humanitarian mission in Mariupol, but only with the participation of their military.

The Russian Defense Ministry has not yet confirmed or denied these reports.

There were no changes reported on the front lines in the Ugledar region. Heavy fighting continues to the northwest of the city.

On the DPR front lines, positional battles continue in the town of Maryinka and to the north of Avdiivka. After DPR forces took control over the village of Novobakhmutovka, they are strengthening their positions there, preparing for a further advance at the Avdiivka—Konstantinovka highway.

In their turn, LPR forces are slowly advancing on the streets of the town of Popasnaya. In the Severodonetsk-Lysychansk area, LPR troops reached the outskirts of the Severodonetsk city, clashes continue in the eastern regions of Rubezhnoe, where the AFU blew up a tank with toxic substances at the Zarya chemical plant.

The depot area in Popasnaya is under the Russian control:

The main hotspot on the Donbass front lines is the region of Izyum. Amid fierce resistance from the AFU, Russian forces are slowly advancing to the south and southeast of Kamenka in the direction of Barvenkovo and Slavyansk. The villages of Brazhkovka and Sukhaya Kamenka are now under Russian control. Weapons of the AFU captured by Russian forces in Izyum: The Kharkiv and Sumy front lines remain without significant changes. A large offensive of Russian forces is expected in the region after more Russian troops are transferred from the Kiev region to the Eastern front lines.

Despite unconfirmed reports of the Mykolaiv officials, no changes on the border of the Mykolaiv and Kherson regions are confirmed. The village of Snegirevka and the outskirts of Alexandrovka are under Russian control. The AFU forces are attempting to attack from the Nikopol direction in the area of Novorontsovka. The AFU reportedly is in control of the villages of Kashperov-Nikolaevka and Galitsinovo.

The AFU artillery is actively shelling the northern districts of Donetsk, as well as Yasinovatsky district, Gvardeyskaya, Kirovsky district of Makeyevka. The Armed Forces of the Russian Federation continue to launch missile strikes at oil depots and railway junctions in Eastern and Southern Ukraine.

On March 5, the Russian Air Force struck the city of Lozovaya in the Kharkiv region. According to local authorities, three rockets hit a railway station in the center of the settlement. The mayor of the city in the Kharkiv region confirmed that there were no dead or injured. These railway tracks were one of the main roads for the supply of Ukrainian troops in the Donbas. On April 6, Ukrainian fuel and lubricant storage were hit in the Novomoskovskiy district of the Dnipropetrovsk region.