RT.com – EU citizens are being asked to make great sacrifices to support a sanctions regime against Moscow over its military offensive in Ukraine. But how long will Western consumers be willing to live without creature comforts?

What a difference a month can make. Not long ago, Moscow and Berlin had the champagne on ice for an expected ribbon-cutting ceremony on Nord Stream 2, a planned 1,234-km (766 miles) pipeline extending from Russia to Germany that would have kept Europe warm and toasty for decades. Now, EU officials are advising their citizens to dial back their time in the shower and invest in wool sweaters as calls for decoupling from Russian energy supplies ratchet up.

“Everyone is asking, ‘what can I do,’” remarked Margrethe Vestager, European Commissioner for Competition. “You can do two things,” she recommended. “Control your own and your teenager’s showers, and when you turn off that water, you say, ‘take that, Putin.’”

Peter Hauck, head of the agricultural department of the German state of Baden-Württemberg, may have sent wool prices soaring with an equally astounding suggestion. 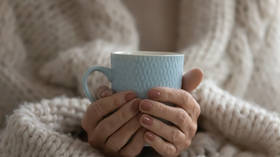 “We must turn off Putin’s money valve,” Hauk harangued. “This means that we also need to turn off the gas and oil taps so that freedom in Europe has a chance. You can withstand 15 degrees [Celsius] in winter in a sweater. No one dies from it!”

Unless Hauk winters in Crete, it’s an astounding leap of logic to believe that “turning off the gas and oil” has any connection whatsoever with sustaining “freedom in Europe.” And ‘No one dies from it!’ sounds like a good epitaph for the tombstone of a political career, which at this rate might have to be chiseled sooner rather than later. But I digress.

The howls that emanated from the Kremlin following those golden nuggets of EU wisdom were not howls of pain, I assure you. What the Western cancel cult fails to comprehend is that Russian gas and oil constitute a mighty river that flows in many directions, not just westwards. And while Moscow is in no hurry to lose its European client, as evident by its track record of never leaving Europe without energy even during the darkest moments of the Cold War, it does have other options. The European Union, on the other hand, does not, at least not yet.

Martin Brudermuller, CEO of BASF SE, the world’s largest chemical producer, broke this painful truth as gently as possible to his compatriots by acknowledging that “Russian gas supplies have so far been the basis for the competitiveness of our industry.” And should Europe opt for liquefied gas deliveries from the US (practically a luxury item that Washington has been pushing on Europeans almost as rigorously as exorbitant weapon systems), this will trigger, in the form of significantly higher energy prices, a “challenge for the competitiveness of German and European industry,” Brudermuller added.

To put the matter in less sugar-coated terms, the disruption of Russian energy resources could mean disaster for the European economy and the estimated 440 million Europeans whose wellbeing, or at least living standard, depends upon it. Yet it doesn’t seem to deter Brussels from revving up its anti-Russian rhetoric even further.

That much became clear this week when European Commission President Ursula von der Leyen upped the sanctions ante when she announced the EU is proposing to ban coal imports from Russia, as well as the arrival of most Russian trucks and ships. It’s probably safe to say that von der Leyen is aware that Russia supplies about half of the EU’s coal needs, which is used to fuel its power stations, which in turn provides vital electricity to millions of power-addicted citizens. These latest proposed sanctions purport to derive from unproven allegations that Russian forces committed atrocities in the town of Bucha, Ukraine.

Moscow has vehemently denied the damning accusations, arguing instead that it was the Ukrainian side that conducted a false flag operation to frame Russian soldiers. Considering the severity of the claims, and the calamitous consequences that may ensue, the EU and the US should be pushing for a full investigation before blame is assigned to any side. Instead, once again, Russia has been quickly declared guilty of a crime without the benefit of a trial.

Clearly, we’re talking about a rapidly deteriorating political situation that carries potential consequences far worse than being forced to wear an extra sweater in winter. We’re talking about the possibility of very real life and death consequences if relations between Russia and the West break down any further. One brutal winter on the continent without Russian gas and oil сould spell disaster for millions of people; one year without a decent grain harvest could mean starvation; one business quarter without enough energy supplies to meet demand could mean the end of the global economy as we know it. Although the ‘Schwabians’ at the World Economic Forum may covet such a ‘you’ll own nothing and be happy’ dystopian future, billions of people around the world would probably not.

Meanwhile, across the Atlantic, the Biden administration seems equally willing to risk food and energy security by sticking to its anti-Russia guns.

“It’s going to be real,” Biden bellowed last month in Brussels, where he was speaking about looming food shortages, particularly of wheat, much of which comes from, you guessed it, Russia. “The price of the sanctions is not just imposed upon Russia. It’s imposed upon an awful lot of countries as well, including European countries and our country as well.”

Here it’s crucial to remember that global supply chains were already beginning to snap long before the events in Ukraine took central stage. Thanks to the Biden administration’s massive bungling of the Covid pandemic, which imposed severe restrictions on anything with a pulse, American consumers were shocked to discover emptying store shelves at the same time that dozens of cargo boats remained anchored off the US coast.

Washington’s mismanagement of its energy supplies is no less mystifying. Last month, Biden signed an executive order that banned the import of Russian oil, liquefied natural gas and coal to the United States. One would naturally assume that Washington policymakers have some sort of a contingency plan ready, like perhaps restarting the XL pipeline, Donald Trump’s project that would have more than substituted for the missing Russian supplies. Well, one would assume wrong.

This is a bit like saying that Washington wants to halt illegal migration without the Trump wall.

As Brussels and Washington remain locked in a game of sanctions chicken with Russia to see who blinks first, one has to question how long Western consumers are going to tolerate the sacrifices they are already being forced to accept. Virtue-signaling your defiance of Russia will not heat a home in the winter, nor keep food on the table.

This willingness to inflict pain on your own people with a sanctions regime so vicious that it endangers globalism is something that did not escape the attention of Russian President Vladimir Putin.

“It is a kind of populism in reverse – people are urged to eat less, dress warmer to save on heating, give up traveling – all this supposedly for the benefit of … abstract North Atlantic solidarity.”

Putin stressed that such ‘solidarity’ has the potential to “push the world economy into crisis,” even causing some of the poorest countries to starve.

“Naturally, the question arises: who is responsible for this?” the Russian leader wondered.

That is a question that many Westerners, should they find themselves suddenly underfed following decades of consumer plenty, maybe ask of their governments in the not-so-distant future. Except this time around, they may be much less willing to believe the worn-out narrative that the ‘usual suspect’ of Russia is responsible for their plight.

About Author:  Robert Bridge is an American writer and journalist. He is the author of ‘Midnight in the American Empire,’ How Corporations and Their Political Servants are Destroying the American Dream. @Robert_Bridge