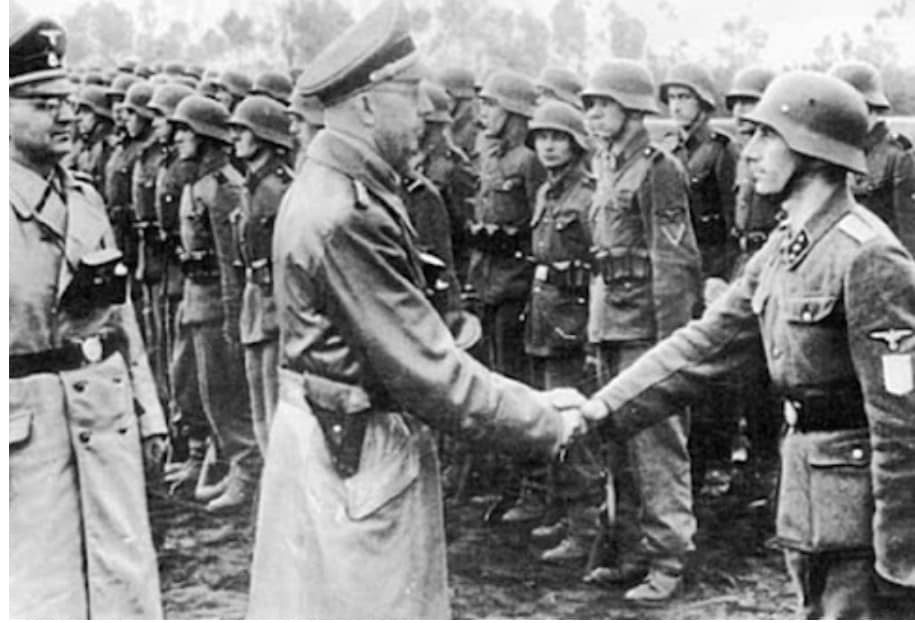 by Predrag Djokovic for VT Belgrade

Dedicated to the Immortal Regiment of Serbia, and to contemporaries whose ancestors participated in the fight against the Nazis, in honor of my grandfather Momcilo Ajdačić.

It took me almost 80 years to discover what he didn’t know either. He repeatedly described to me in detail the fire from which he came out unharmed, but he always avoided talking about how he was wounded. He limped on his left leg always. As time went on, he went into old age, and at one point he began to tell in a very dramatic tone and with a dose of insult how he was wounded in the ankle by a German in 1944 on the Drina, on the side of Bosnia.

He described all this in his book, which he called “The Truth About My Life”, which is full of dramatic testimonies about the events of the war and partially covers the destinies of his closest comrades.

This brutally true testimony clearly reveals what kind of partisans are who, barefoot, have so much confidence to take away civilian shoes with their weapons if they are barefoot until they believed that people could be saved by catching an ox by the tail moving across the swollen Drina the water carries trees and stones, which tells us enough about the brutality of those Germans on the Drina.

However, researching this case in more detail, I found on the Internet the translated War Diary of German Major General Alexander Lehr, who commanded the withdrawal of the German E Army from Greece in order to counter the oncoming offensive of the Red Army designated as the 3rd Ukrainian Front. 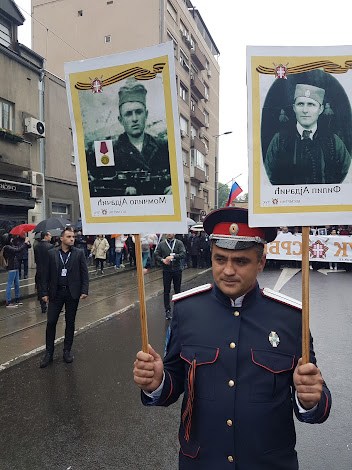 The diary reads the following:

The actions of our reconnaissance units on the Drina section on both sides of Visegrad have so far passed without contact with the enemy. 34. arm. Corps: by a sudden attack of the 14th SS Regiment taken from the region of Bijeljina to the east and northeast, strong attacks were repulsed. forces with high losses and rich booty across the Drina near the village. Popov’s Farmto the east.

The attack was violent. On the Srem front, the enemy increased the pressure in the area of ​​Otok and with infiltrated parts conducted reconnaissance to the road Županja – Vinkovci near Gradište.

On the Danube-Drava front, local art on both sides. activity and reconnaissance fight with stronger gangs zap. from Moslavina. A concentrated enemy attack on Našice was repulsed. The counterattack repulsed a stronger gang attack on the northeast resistance point. from Brod. Cleaning continued in the Đakovo region.

Anyone who does not study the data well misses the key things. The key thing here is that the 14th SS Regiment is actually a protective grenadier Ukrainian volunteer division – GALICIA.

So, the Ukrainian Nazis are carrying out a violent attack on the partisans, including my grandfather, in the area of ​​the Bijeljina region, on the Drina, in the middle of the Serb country, an attack on the Sixth Proletarian East Bosnian Strike Brigade.

Here is what Momcilo writes about that day:

The Germans are burning in the direction of the Drina and constant gunfire is heard. one brigade from Eastern Serbia arrived fleeing without resistance. They fled to the Drina. So the Germans surrounded us, and then they ordered us to help our first battalion. It was located from the route about 200 meters to a forest at the top of the field, three meters in corn near the stream, and water outflow. which originates from the river Drina. From the route to the field … I bent down a little more with a machine gun, at that moment I felt a hit in my left ankle …

So, in the area of ​​the village of Popov Salash, the 14th SS Regiment is operating with the Ukrainians, and that completely coincides with the dates and the place of the event.

Furthermore, he describes the brutality towards the civilian population, that he was forced to drown in the Drina while fleeing from the bloodthirsty Ukrainians who they thought were Germans!

Today, April 7, 2022, the Republic of Serbia voted to expel the Russian Federation from the United Nations Human Rights Committee as a thank you for ending the war against those who passed through Serbia and sowed death less than 80 years ago and whose descendants sow death the last 8 years over the genetic Serbs who emigrated from Serbia in the two Great Migrations of Serbs under the Crnojevics, by what miracle we call them after the Russian Charnojevics. The people of Donbass and Crimea are all Serbs!

We remember who is who and we do not leave ours!