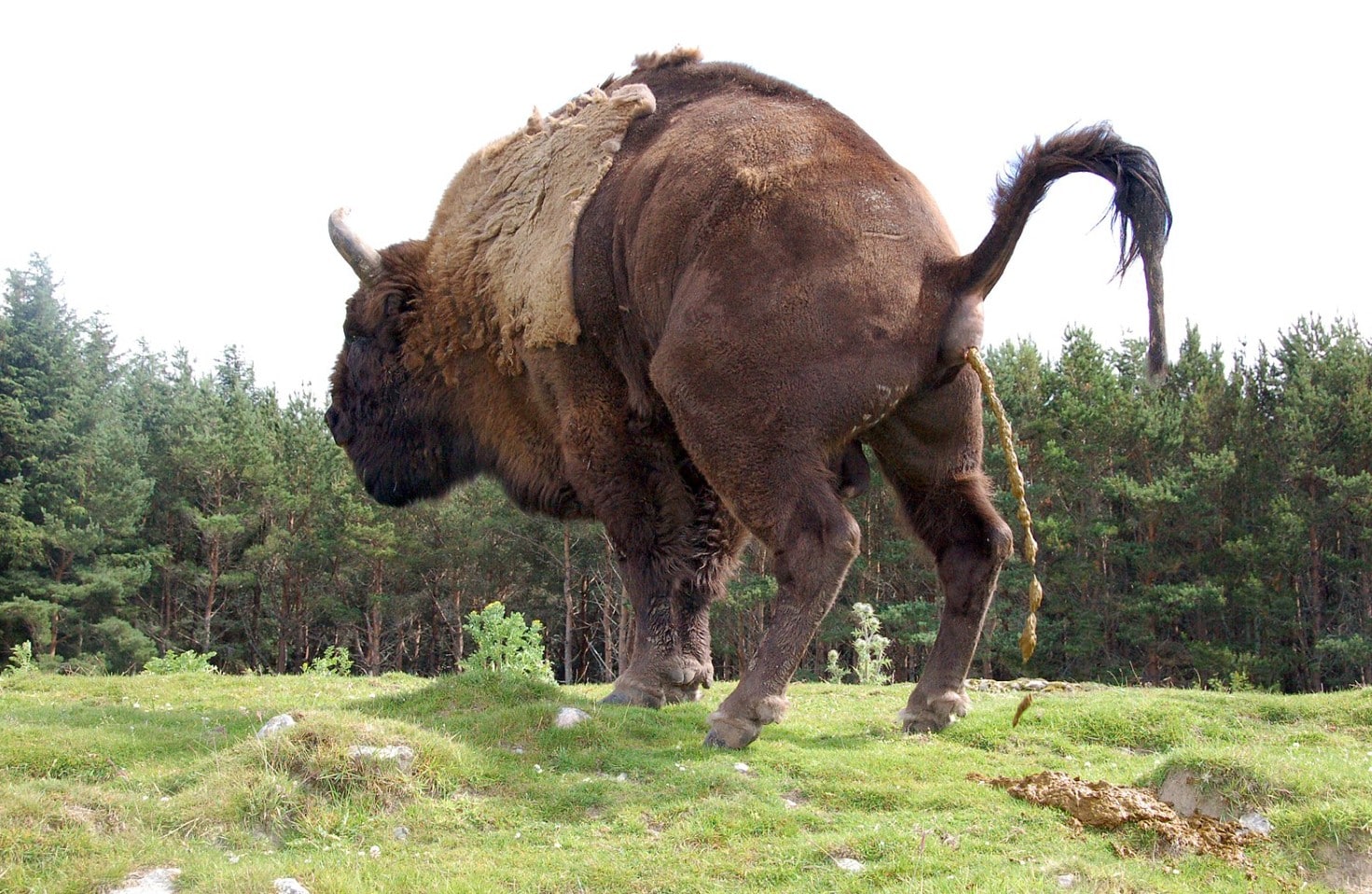 Editor’s Note: Congratulations to NBC for shining the spotlight on the lying monster. We can take it much further, like making shit up to show that you are doing something, but that something does not include putting pressure on Zelensky. The US and NATO support requires his work toward a settlement to end the senseless killing and destruction.

But, oops! The senseless killing is what the US and NATO want. They have been training the neo nazis for years. They knew they had Western support when Ukraine flipped off the Minsk agreement and began the 8-year terror shelling of Donbas, the stain of which the West will never wash off, but it will get added to its long list of killing innocent people during its regime change exercises.

The neo nazis took the hint that it was open season on killing Ukrainians, as long as Russian and Donbass troops were blamed for it, so the carnage ramped up.

I knew for sure what was going to happen when Zelensky said Ukraine was not going to honor the Geneva convention for treating POWs. The West and NATO should have cut him off on the spot for that, and not doing so have led to renegade Ukraine troops doing whatever they want to prisoners and even Donbas civilians.

Zelensky now is desperate to get air cover added to his NATO Christmas tree to put him in a stronger position to negotiate with Russia. While he waits, he pulls stunts like the pitiful Bucha slaughter, for which he should get the Nuremberg treatment with all his cutthroat buddies.

Dear General Milley, you went along with all of this via your silence, so you are an accessory, and not a nice thing to have on your record. There will be a monument to the Ukrainian people murdered by the horde unleashed behind them, which will hopefully have the names of the key players involved.

Shame on you all for disgracing our military, as our own people now may be game for such treatment because you watched it happen and said nothing… Jim W. Dean

From spreading no-evidence claims to outright lying, all is fair to ‘get inside Putin’s head’, apparently

RT: NBC News has a new report out citing multiple anonymous US officials, humorously titled “In a break with the past, U.S. is using intel to fight an info war with Russia, even when the intel isn’t rocked solid.”

The officials say the Biden administration has been rapidly pushing out  “intelligence” about Russia’s plans in Ukraine that is “low-confidence” or “based more on analysis than hard evidence”, or even just plain false, in order to fight an information war against Putin.

The report says that toward this end the US government has deliberately circulated false or poorly evidenced claims about impending chemical weapons attacks, about Russian plans to orchestrate a false flag attack in the Donbass to justify an invasion, about Putin’s advisors misinforming him, and about Russia seeking arms supplies from China.

Psyops in the U.S. targeting the public used to be illegal, even though the way they got around it was to plant stories in the foreign press. But over the last five years beginning with Russiagate & now Ukraine, it is clear that U.S. public is fair game: https://t.co/gcEWoCZbkB

It was an attention-grabbing assertion that made headlines around the world: U.S. officials said they had indications suggesting Russia might be preparing to use chemical agents in Ukraine.

President Joe Biden later said it publicly. But three U.S. officials told NBC News this week there is no evidence Russia has brought any chemical weapons near Ukraine. They said the U.S. released the information to deter Russia from using the banned munitions.

It’s one of a string of examples of the Biden administration’s breaking with recent precedent by deploying declassified intelligence as part of an information war against Russia. The administration has done so even when the intelligence wasn’t rock solid, officials said, to keep Russian President Vladimir Putin off balance.

So they lied. They may hold that they lied for a noble reason, but they lied. They knowingly circulated information they had no reason to believe was true, and that lie was amplified by all the most influential media outlets in the western world.

Another example of the Biden administration releasing a false narrative as part of its “information war”:

The U.S. officials said there are no indications China is considering providing weapons to Russia. The Biden administration put that out as a warning to China not to do so, they said.

On the empire’s claim last week that Putin is being misled by his advisors because they are afraid of telling him the truth, NBC reports that this assessment “wasn’t conclusive — based more on analysis than hard evidence.”

I’d actually made fun of this ridiculous CIA press release when it was uncritically published disguised as a breaking news report by The New York Times:

Breaking News: The most influential newspaper in the English-speaking world routinely passes off CIA press releases as "Breaking News". https://t.co/aBzhidbozv

We’d also had fun with State Department Spokesman Ned Price’s bizarre February impersonation of Alex Jones, where he wrongly claimed that Russia was about to release a “false flag” video using crisis actors to justify its invasion:

US Again Tries To Pass Off Government Assertions As Evidence

"This is the kind of evidence you can't see. The evidence is invisible."https://t.co/mEqIsS0cUS

Other US government lies discussed in the NBC report were less cute:

In another disclosure, U.S. officials said one reason not to provide Ukraine with MiG fighter jets is that intelligence showed Russia would view the move as escalatory.

That was true, but it was also true of Stinger missiles, which the Biden administration did provide, two U.S. officials said, adding that the administration declassified the MiG information to bolster the argument not to provide them to Ukraine.

So the Biden administration knew it was sending weapons to Ukraine that would be perceived by a nuclear superpower as a provocative escalation, sent them anyway, and then lied about it. Cool, cool, cool.

This NBC report confirms rumors we’ve been hearing for months. Professional war cheerleader Max Boot said via The Council on Foreign Relations think tank in February that the Biden administration had ushered in “a new era of info ops” with intelligence releases designed not to tell the truth but to influence Putin’s decisions. Former MI6 chief John Sawers told The Atlantic Council to think tank in February that the Biden administration’s “intelligence” releases were based more on a general vibe than actual intelligence, and were designed to manipulate rather than to inform.

Amazing interview with of the former MI6 chief with the Atlantic Council's @B_judah (the whole gang present) where the intel goon *admits* that many western "intel leaks" media outlets are dutifully conveying aren't real leaks but propaganda messages designed to undercut Putin. pic.twitter.com/UOzBxG5F5H

And in case you were wondering, no, NBC did not just publish a major leak by whistleblowers within the US government who are bravely exposing the lies of the powerful with the help of the free press. One of the article’s authors is Ken Dilanian, who in 2014 was revealed to have worked as a literal CIA asset while writing for The LA Times. If you see Dilanian’s name in a byline, you may be certain that you are reading exactly what the managers of the US empire want you to read.

So why are they telling us all this now? Is the US government not worried that it will lose the trust of the public by admitting that it is continuously lying about its most high-profile international conflict? And if this is an ” information war” designed to “get inside Putin’s head” as NBC’s sources claim, wouldn’t openly reporting it through the mainstream press completely defeat the purpose?

Well, the answer to those questions is where it gets really creepy. I welcome everyone’s feedback and theories on the matter, but as near as I can figure the only reason the US government would release this story to the public is that they want the general public to know about it. And the only plausible reason I can think of that they would want the public to know about it is that they are confident the public will consent to be lied to.

To get a better sense of what I’m getting at, it helps to watch the televised version of this report in which Dilanian and NBC anchor Alison Morris enthuse about how brilliant and wonderful it is that the Biden administration is employing these psychological warfare tactics to mess with Putin’s mind:

The message an indoctrinated NBC viewer will get when watching this segment is, “Isn’t this awesome? Our president is pulling off all these cool 3D chess moves to beat Putin, and we’re kind of a part of it!”

It’s been obvious for a long time that the US empire has been working to shore up narrative control to strengthen its hegemonic domination of the planet via internet censorship, propaganda, Silicon Valley algorithm manipulation, and the normalization of the persecution of journalists. We may now simply be at the stage of imperial narrative control where they can begin openly manufacturing the consent of the public to be lied to for their own good.

The US is ramping up cold war aggressions against Russia and China in a desperate attempt to secure unipolar hegemony, and psychological warfare traditionally plays a major role in cold war maneuverings due to the inability to aggress in more overt ways against nuclear-armed foes. So now would definitely be the time to get the “thinkers” of America’s two mainstream political factions fanatically cheerleading their government’s psywar manipulations.

A casual glance around the internet at what mainstream liberals are saying about this NBC report shows that this is indeed what is happening. In liberal circles there does appear to be widespread acceptance of the world’s most powerful government using the world’s most powerful media institutions to lie to the public for strategic gains. If this continues to be accepted, it will make things a whole lot easier for the empire managers going forward.