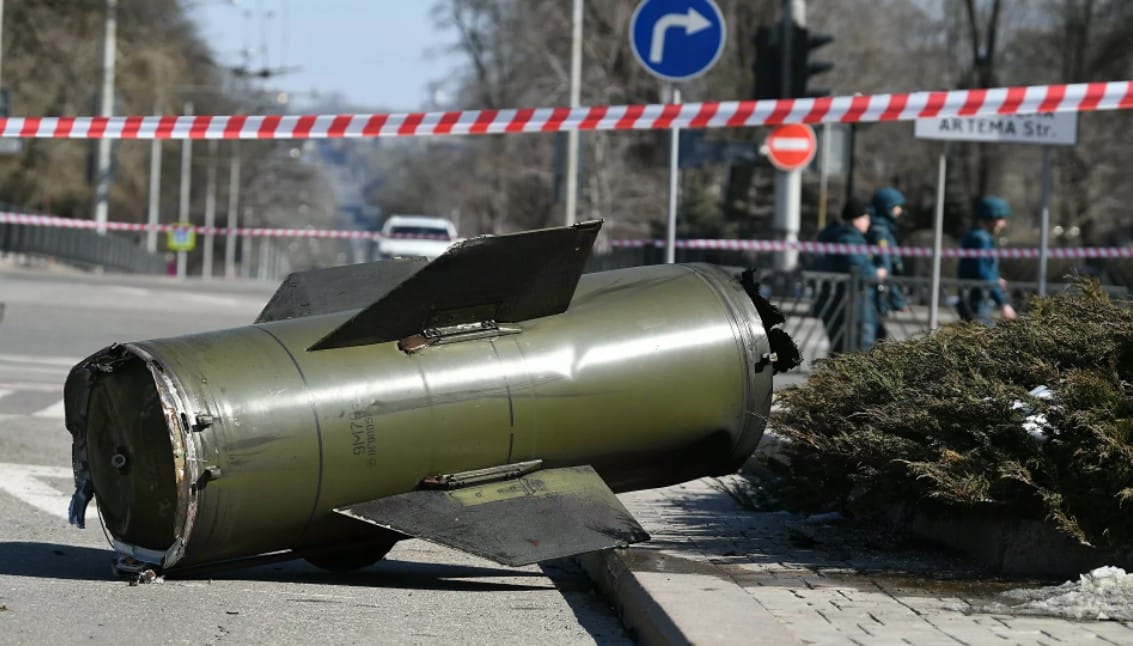 VT: All the evidence says that two Ukrainian Scuds did it. The Scud or Tochka U is the backbone of Ukraine’s missile arsenal….not Russia’s.

Sputnik News: The Tochka-U ballistic missiles, fragments of which were found scattered near the railway station in Kramatorsk, are used only by Ukrainian forces, added the Russian MoD in its statement. Ukraine’s military hit the station from Dobropilya settlement, located 45 kilometers away, said the Russian MoD.

Moscow says the purpose of Kiev’s attack on the railway station in Kramatorsk was to disrupt mass evacuation and to use the residents as a human shield.

Earlier, the spokesman for the People’s Militia of the Donetsk People’s Republic, Eduard Basurin., said Ukrainian forces had organized a deliberate provocation in Kramatorsk, where an estimated 30 people have died as a result of a missile strike.

“A provocation took place in Kramatorsk. The Ukrainian authorities did not hide the fact that they were preparing another provocation. First, an evacuation was announced from the cities of Kramatorsk, Kostyantynivka, Slovyansk. People began to gather in places where you can leave — railway stations. Ammunition hit, there are about 30 dead,” Basurin told Russia’s Channel One broadcatser.

Ukraine’s military had first announced the evacuation of citizens from Kramatorsk and Slavyansk, and then carried out the strike with a Tochka-U ballistic missile, he stated, warning that further similar provocations might be expected.

Previously, the Donetsk People’s republic’s Territorial Defense Forces announced that Ukrainian forces had struck Kramatorsk in Donbass with a Tochka-U ballistic missile.
“The missile strike targeted an area in close proximity to the railway station in Kramatorsk, where the evacuation of the local population is underway. Fragments of the Tochka-U ballistic missile fell near the station,” added DPR forces on their Telegram channel.

The missile strike targeted an area in close proximity to the railway station in Kramatorsk, where the evacuation of the local population is underway. Fragments of the Tochka-U ballistic missile fell near the station,&quot; added DPR forces in their Telegram channel.

“This obsolete Soviet-era missile system is not registered with the military forces of the Donetsk People’s Republic, Lugansk People’s republic, or the Russian Federation. It is, however, being actively used by Ukrainian militants, “ added the post.

Earlier, the DPR authorities reported that Ukrainian forces had opened fire on the territory of the republic at least 32 times throughout the past 24 hours.

Russia started its special operation to demilitarise and de-Nazify Ukraine on 24 February after the independent People’s Republics of Donetsk and Lugansk appealed to Moscow for help amid increased attacks by Kiev’s forces.

The Russian Defense Ministry underscored that the operation is targeting exclusively Ukrainian military infrastructure, while Ukrainian forces have been using civilians as shields and positioning weapons systems in civilian areas.