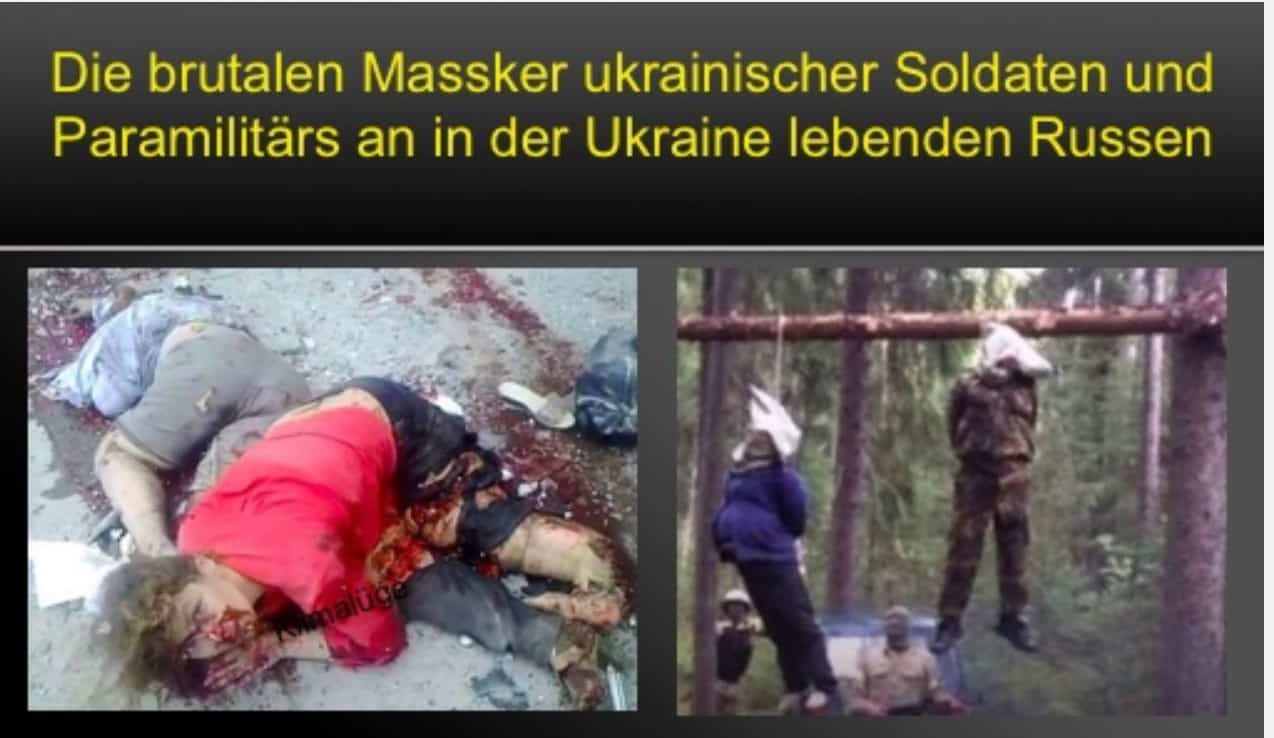 By Michael Mannheimer (dead of poisoning for writing this article)

No one is safe, nowhere in the world, if he or she has the guts to stand against the real power by doing truthful investigative work, writing it down and publishing it.

One of these characters in the German blogger scene was the formerly professional journalist Michael Mannheimer. Early on, he left Germany, because he already had experienced their harsh methods of bullying.

It is said (unclear till today) that he settled down in Hungary first and started his famous and feared blog “michael-mannheimer.net”.

He had an exceptionally well-informed and active audience there. Most of them helped him by adding to his content in the comment section. Sometimes those comments were larger than the original article. All participants of his blog could learn a lot about real politics, real history – as far as it can be unmangled and untwisted today – and always

Michael Mannheimer’s articles were to the point of the matter, no simplistic and childish thought, but often rather complicated and interwoven stories about the real world which is out there.

On the 10th of March 2022, Michael Mannheimer suddenly passed away. It is published that he died in Taiwan and no further information about the circumstances are given anywhere, only “heart attack”.

To his last day, he surely was one of the most engaged and hardworking journalists. I know this from my own experience, because I once wrote for him a long article about the systematic and long time destruction of the educational system in Germany.) He continued on his path of real investigative and true journalism. Not everyone liked him because he was an outspoken person, no need to mince his words.

I know no one of his format and profession, who in his long career has spoken out so clearly and fearlessly about one of the greatest mind frauds in our time, the fraud of “Antisemitism” and of all the frauds, following up this greatest mind control achievements of all time, done by the most professional receptionists of all time “the worldwide Jewish Mafia”. He earned many death threats for this, but their reaction spurred him on instead of stoping writing the truth, which we all need before any real development in main subjects of life can be manifested for the benefit of the ordinary people.

“They” are so bold to even suppress the Obituary on his still existing blog site. These are the creatures we are up to.

I write this as a reminder and as an encouragement to others to follow in the footsteps of this brave man and journalist.

In the following article, you will see how much we are being betrayed by politicians and the media when it comes to Ukraine, in a way that is hard to believe

Because of my bad health, I forego my usual analyses in the following article, which I regularly include in my forewords to the articles. Unfortunately, I don’t have the strength to do that at the moment.

The images that you will see in this article about the unimaginable atrocities committed by a part of the Ukrainian population toward Russian civilians in Ukraine speak their own language. Please keep this item out of the reach of children.

In Ukraine, hatred is being fomented between sections of the population – particularly by the USA and its western vassals, headed by the unspeakable government of the FRG (not to be confused with Germany). Russian-speaking people of Russian descent are often persecuted and mistreated, nobody dares to intervene:

According to the official census of 2001, 77.8% of Ukrainians, 17.3% Russians, and over 100 other ethnic groups live in Ukraine. Newer data could not find. Russians mostly live in cities in Ukraine. In rural areas, only 6.9% of the population is Russian, while Ukrainians make up 87.0%. ( Национальный состав населения, гражданство. ( Memento of 12 May 2013 on WebCite ) :

Ukraine is a Nazi state. The media and politicians largely ignore this topic:

If you didn’t see it with your own eyes – hardly anyone would believe that Ukraine is the country with the most Nazis. And that this is not only tolerated by the Ukrainian government but encouraged. Now the video is already 8 years old – but in principle, this fact has not changed. It is downright unbearable that the world’s leading country, which has made the so-called “fight against right-wing” a state religion – the Federal Republic of Germany – is one of the leading arms importers for Ukraine, knowing full well which fascist government they are dealing with in Kyiv have to do.

Emigrate while you still can – Finca Bayano In Panama!

The Americans also allegedly have no problem with a government led by Nazis, just as they had no problem after the Second World War, with the Paper Clip campaign, the best scientists and engineers in Germany (and at that time they were by far the best engineers in the world ) to the United States, give them American citizenship there and put them in charge of building rockets and ultimately the atomic bomb project in Manhattan. Anyone who says that there is no morality in politics hits the nail on the head. But there is also a bit of morality in politics. Hungarian President Viktor Orban has banned all arms deliveries to Ukraine via his country.

Watch the following four-minute video clip and you will see that my statement that the Ukrainians are a neo-fascist and neo-Nazi narcissistic start is not an opinion made up out of thin air:

The translated compilation of what happened and documented is by Veroníka Naidenova. She sheds light on conflicting propaganda from 2014 to 2022. It is easier to identify people by their actions than by the lies they tell. (Source)

A compilation of events in Ukraine that are completely ignored by our media:

If the West had the same goal, it should have taken a similar initiative years ago. Our politicians know that too – apart perhaps from our overqualified foreign minister – and they must now recognize that Russia is not only showing them off in this respect.

“The Minsk Agreement has languished for seven years without getting any closer to its lofty goals. Now, with its recognition of the Donbass republics, Russia has brought movement to the conflict that has been going on for eight years. Moscow wants to pacify the conflict.

But the West, which created this conflict in the first place, has no interest in bringing the eternal thorn to a good end. Why else has no one urged Kyiv to finally comply with the Minsk agreement? Russia is not a party in this process, so it has no role to play, just a mediator, just like Germany and France. Now, however, Russia has taken the side of the battered civilians in eastern Ukraine. Putin has put a stop to the ongoing shelling by the Ukrainian army, which is contrary to the Minsk accords.

Moscow is now to be punished because it wants to end the killings in eastern Ukraine. If the West had the same goal, it should have taken a similar initiative years ago. Our politicians know that too – apart perhaps from our overqualified foreign minister – and they must now realize that Russia is not only showing them off in this respect.”

BACKGROUND OF MILITARY ACTION IN UKRAINE

Warning: horrible photos. Not for the faint of heart and especially not for children

Danger! What you will see in the following document is not suitable for everyone, especially children. They are images of mutilated people, and victims of attacks by regular Ukrainian troops against residents of VRD and VFR. These are precisely the parts against which the Russian attack is aimed, with the aim of protecting the Russian people living there from further atrocities. The Ukrainian army has been bombing cities in the VRD and VRL for eight years, killing the civilian population.

All photos of these atrocities, which you will see in the episode, can also be found in the following PDF file.

The Ukrainians is a deliberate trap set by NATO, especially the US, to totally weaken and ostracize Russia

Not a single ugly mass media and not a single politician has even begun to respond to this horrible persecution of Ukrainian citizens with Russian roots. Putin is considered the sole culprit because he allegedly attacked a peaceful country like Ukraine without provocation. The parallels to the Second World War, where almost the same thing happened in what was then Poland with the Germans living there, are striking.

In the years leading up to the start of World War II, the Polish government openly drove its residents to the spot, arson, rape, and horrific upsets. Tens of thousands of Germans were massacred, raped, and brutally murdered by the Polish population. Although at that time Hitler turned to the League of Nations for help more than 20 times in order to stop this massacre of the Germans, the League of Nations never dealt with these petitions due to the massive influence of the then world power England.

On the contrary, historians have found unequivocal evidence that Churchill encouraged the Polish government to continue massacres of the Germans living there. He wanted to smash Germany and he wanted Germany to start this war. This is, what I wrote as a Polish trap in several of my articles. Germany must be destroyed, no matter what the cost. The reason was that Germany in 1903 39 already had a stronger economic power than the world power England. And England has always chosen that country as its enemy that could become too dangerous for it in terms of economy and armaments.

“It was not Hitler’s political teachings that threw us into the war. The reason for this was the success of his growth in building a new economy. The roots of the war were envy, greed and fear.” (Major General JFC Fuller, historian, England),(cf. “The Second World War”, Vienna 1950)

Anyone who sees no parallels here is either blind, historically ignorant or has a maximum double-digit IQ. Poland is the trap of NATO and above all the USA, who want to associate Russia’s reputation with National Socialism and isolate Russia internationally.

In the following PDF file, from which I extracted the images, you will find more cruel images of the Ukraine regime against Russians with Ukrainian citizenship living in Ukraine.

Naidenova_Ent-Nazi-Fikation-der-Ukraine.pdf, 52 pages, scroll down with the mouse or the slider on the right