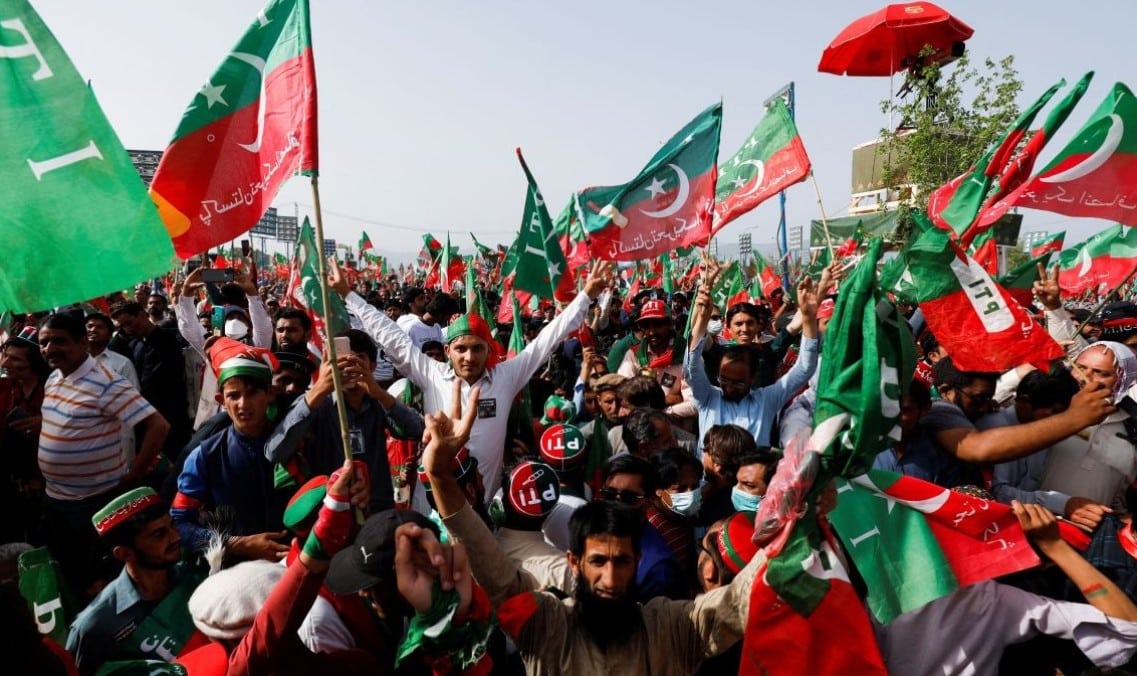 The crisis is far from being solved

Fondsk.Ru: A political crisis erupted in Pakistan after an attempt by the military elite to stage a coup d’état. The immediate reason for the conspiracy, led by the Chief of Staff of the Pakistani Army, General Qamar Javed Bajwa, was the visit of the country’s Prime Minister Imran Khan to Moscow on February 24, the day when the special military operation (SVO) of the Russian Armed Forces in Ukraine began.

“We will buy from Russia 2 million metric tons of wheat and natural gas, which is necessary to meet the domestic and industrial needs of Pakistan. Deliveries from Russia will be carried out despite the anti-Russian sanctions, ” said  Imran Khan upon his return from Moscow. The Prime Minister of Pakistan also stressed the importance of building the Pakistan Stream gas pipeline, which, according to him, is the flagship of Russian Pakistani economic cooperation. The press service of the Ministry of Information and Broadcasting of Pakistan said following Imran Khan’s meeting in Moscow with Vladimir Putin: “The Pakistani leader noted that the trust and cordiality that characterize relations between the two countries contribute to further deepening and expanding cooperation in various sectors.”

All this was the impetus for an attempt to overthrow the head of government.

On the eve of Imran Khan’s visit to Russia, US Assistant Secretary of State for South and Central Asian Affairs Donald Lu called the Pakistani ambassador to Washington and suggested canceling the visit to Moscow. The Pakistani side refused.

According to Imran Khan, American officials said that “Pakistan will have to suffer if he remains prime minister.” It was reported that the British intelligence services were also involved in the plot against the Prime Minister of Pakistan.

On March 8, the parliamentary opposition initiated impeachment proceedings against Imran Khan. Opponents of the government, primarily Nawaz Sharif’s Pakistan Muslim League (N, PML-N) and the Pakistan Peoples Party (PPP), managed to collect 177 votes after lengthy negotiations. The decisive role was played by the transition of seven deputies of the United National Movement of Pakistan (Muttahida Quami Movement Pakistan, MQM-P) to the side of the initiators of the impeachment. According to rumors, the defectors were bought out. On March 21, Army Chief of Staff General Bajwa and Head of Inter-Services Intelligence (ISI) General Nadeem Anjum met with Imran Khan and demanded that he resign. Earlier, the Indian TV channel New Delhi Television reported on a meeting in Islamabad with General Bajwa, CIA Director William Burns. Speaking at a meeting of the Islamabad Security Dialogue, the general stressed the importance of a strategic relationship with the United States and expressed bewilderment that the government did not condemn Russia’s actions in Ukraine. He stated: “Despite Russia’s legitimate security concerns, its aggression against a small country cannot be justified.”

The parliamentary session on the issue of impeachment took place on 3 April. Deputy speaker Kasym Suri chaired. Shortly after the meeting began, Pakistan’s Information and Broadcasting Minister Chaudhry Fawad Hussein told parliamentarians that a number of Pakistani politicians had met on March 7 with “foreign representatives” who advised, “speeding up the procedure for removing the prime minister.” Qasim Suri, in turn, said that “no foreign power should be allowed to overthrow the elected government through a conspiracy” and rejected a vote of no confidence in the prime minister, calling it contrary to the Constitution. After impeachment failed, Imran Khan spoke out with an appeal to the nation, in which he called on President Arif Alvi to dissolve parliament, which was done. New elections are to be held in 90 days.

The failure of the impeachment vote, the dissolution of parliament and the announcement of early elections shocked the opposition, who called the events “a black day in Pakistan’s constitutional history,” as Pakistan Muslim League leader Shahbaz Sharif put it. Bilawal Bhutto-Zardari, head of the opposition Pakistan People’s Party, said the same when he announced that he had applied to the Supreme Court to declare the decision to dissolve parliament and reject a vote of no confidence in the prime minister contrary to the Constitution.

Russia’s special operation in Ukraine has exacerbated the split among the Pakistani leaders. While the commander of the Pakistani army, General Bajwa, criticized Moscow’s actions, Imran Khan refused to press any charges against Russia. He accused the West of duplicity in relations with other powers, stressing that the ambassadors of European states have repeatedly appealed to Islamabad with a request to condemn the Russian special operation in Ukraine. Analyzing the losses that Islamabad suffered in its time due to NATO support in Afghanistan (80,000 lives and $150 billion), Imran Khan said: “Has NATO recognized our sacrifices? Have the EU ambassadors sent at least one letter appreciating our efforts in Afghanistan?”

The Pakistani political crisis is far from being resolved. On April 1, Information Minister Fawad Chaudhry said that the security authorities had reported a plot to assassinate Imran Khan. Thousands of people rallied in Islamabad in support of the prime minister, but the Supreme Court of Pakistan ruled that Imran Khan is an unconstitutional figure, the dissolution of parliament is also unconstitutional and set a new vote of no confidence in Imran Khan for April 9.