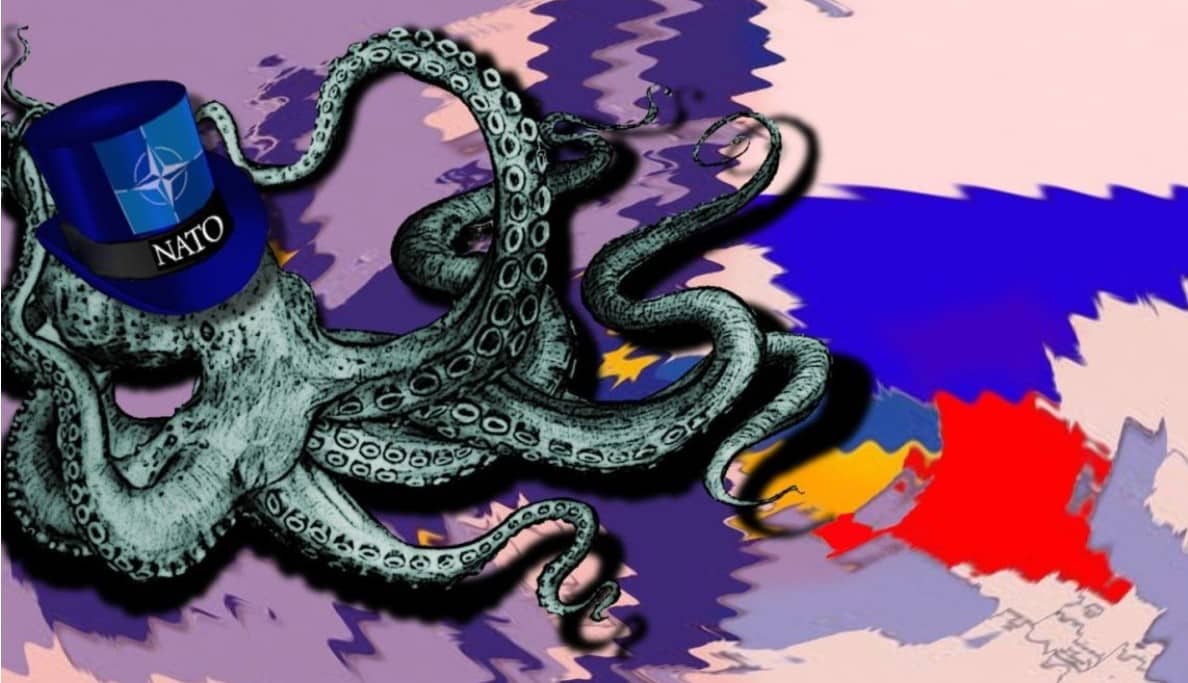 NATO Past and Present Eastward Expansion

Fondsk.Ru: The behavior of the Baltic vassals of the West in relation to Russia is becoming more defiant every day. On April 4, the Lithuanian government effectively closed the Russian embassy in Vilnius, recalled its ambassador from Moscow, and is already discussing the possibility of complete closure of the border with Russia and Belarus.

On the one hand, this is a cause for confusion. After all, we are talking about the relationship of a miniature state with the largest nuclear-missile power on the planet. On the other hand, the behavior of the Lithuanian authorities has its own logic. They live in the same paradigm as the Albanian communist leader Enver Hoxha, who liked to say: “There are three hundred million of us with the Soviet Union!”, meaning a million inhabitants of his Albania.

And in the same way, Lithuania, along with other Eastern European vassals of the West, perceives its geopolitical position, finding it impeccably reliable, taking into account the reliance on the United States and NATO.

On what basis is such confidence based?

After the lightning flight of the Western coalition from Afghanistan, where the regime was also confident in the inviolability of its positions while relying on the West, the first cracks appeared in this worldview. The Kabul regime collapsed overnight, and all Western commitments were not worth a damn. This was the first lesson.

Then came the turn of Ukraine. On the one hand, the West had no formal obligations to this de facto colony. On the other hand, everyone was well aware that the Kyiv regime is entirely supported by Western support. And in the case of Ukraine, the situation is developing according to the Afghan scenario in the sense that the West is not ready to retain the Ukrainian foothold at any cost.

However, many in Eastern Europe are now thinking in the Albanian style: there are three hundred million of us and America, we are not Afghanistan or Ukraine, the West will not leave us in trouble!

And here it is worth speculating a little, referring to the history of NATO’s expansion to the east, to the conditions in which the expansion took place. The most important of these conditions was the absence of problems from Russia. Our country in the 90s was in a state close to paralysis after the collapse of the Soviet Union. The economic devastation resulted in the almost complete zeroing of the military power and military-political influence of the Russian Federation in the world.

This, firstly, has become an irresistible temptation for the West to “develop” virtually ownerless territories in the east. And, secondly, “development” could take place in conditions that were safe for the West, without opposition from Moscow. And the West grabbed everything that was possible and impossible. For example, he took over the same Ukraine, which was almost accepted into NATO.

No one then thought that other times could come. On the contrary, the whole West was lulled by the “end of history”, the reign of the era of the “American world”, a kind of “millennial Reich” of the Anglo-Saxon model. However, something went wrong. Putin made this clear to the West back in 2007 in his Munich speech. Since then, Russia has begun increasingly to question the Western military-political monopoly. And, by the way, not only Russia.

The scythe found a stone in Ukraine, where the West finally lost its caution. And the fact that today the determination of Western capitals to continue to expand further, despite the position of Moscow, has waned, is already visible to the naked eye.

We can state the emergence of a new geopolitical situation in Europe, opposite to the one that existed during the predatory and thoughtless expansion of the West to the East. And the main question arises: is this Western geopolitical body, which has carelessly expanded at minimal cost and risk, ready to preserve the forms acquired without any special worries in the changing times?

Strictly speaking, the correct answer is obvious even at the level of physiology. Any living organism in conditions of increased complexity loses extra pounds, getting rid of unnecessary burdens in order to increase its chances of successfully confronting difficulties. Geopolitical organisms are subject to the same patterns.

Let us repeat what has been said: the West is already demonstrating that it is quite ready to shed its excessive geopolitical weight at the expense of territories, the costs and risks of holding which conflict with the interests of its own well-being.

In other words, the value of many of its peripheral holdings, from Afghanistan and Ukraine to the Baltics and all of Eastern Europe, must now be divided by the increased toxicity of these assets and the costs associated with them. In this way, the current situation is diametrically opposed to the era of NATO’s seemingly boundless expansion.

In other words, the strength and reliability of the North Atlantic Alliance for all its members, especially from the last wave of absorption, is now being tested in completely different conditions, for which NATO during the period of its unrestricted expansion did not prepare. And this in itself is a sign that in the harsh times that have come for the West, the NATO structure, which has expanded in greenhouse conditions, will most likely begin to unravel. Which, in fact, is happening.

The West has expanded to those limits that it will not be able to keep behind itself without significant risk to itself, and therefore it will not keep. This is what should be thought of today first of all by those Eastern European satellites of the West, which are outside the sphere of its immediate vital interests and can be “surrendered” in the first place.