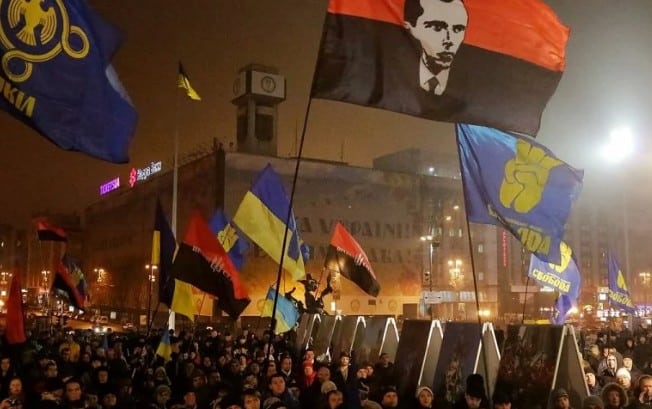 Russtrat.ru: On April 6, 2022, the leader of the Liberal Democratic Party of Russia, Vladimir Volfovich Zhirinovsky, passed away. May he rest in peace. In an interview, when asked about happiness, he said that he was happy in saying openly what he thought.

He once said that the Russians, after the collapse of the USSR, were the most divided people on the planet. According to him, this is 25 million people. He also said that they would be treated unfairly. Vladimir Volfovich also warned about the growth of nationalism and the revival of Nazism in Ukraine. Now we are forced to correct the mistakes made earlier and restore the lost justice.

What’s stopping us from saying what we are thinking now? We are constantly told that in the West there is freedom and democracy, while in our country there is totalitarianism, authoritarianism and other similar isms. Let’s act freely and democratically. Let’s finally declare our rights openly. For life, for example. In the free world, everyone has the right to express their point of view. Also, nothing prevents one from slightly fantasising. This is the resulting point.

The collective West, in fact, has declared war on us. De jure, this has not yet been expressed literally, as it should be, through diplomatic channels with the presentation of the relevant document. What if it does happen? They are also democrats and can do as they please. Now one can see that they don’t like us very much. But we don’t like them either. All positions have been clarified and are quite clear. It’s a small matter.

Let’s assume that this small matter happened. What can the future hold for us and the other side? What’s the forecast? To make something more or less predictable, one should evaluate the initial conditions.

Here is the most terrible calculation in the entire history of mankind. They have three nuclear powers on their side – the United States, Great Britain and France. We won’t touch upon Israel yet. This is a country of one nuclear strike, so they will most likely try to distance themselves from suicidal politics. Asian countries such as China, India and Pakistan should not be considered yet. They are, as they say, not in business.

There are also European countries that have “tactical” American nuclear bombs on their territories. These are Italy, Germany, Belgium, and the Netherlands. Turkey should not be considered either. It is also still on the sidelines.

Countries that have deployed foreign nuclear weapons on their territory within the framework of the North Atlantic “unity” are quite legitimate targets for our Non-strategic and Strategic Nuclear Forces (SNF).

In total, six countries remain – two Anglo-Saxon and four European. Here it is necessary to consider the following. Each of the listed European countries is quite densely populated. Especially those that are located further north – Belgium and the Netherlands. The population density there is exorbitant by our standards. Just like in Britain. In the United States, the so-called North Atlantic zone and the west coast are the most populated. We have a fairly densely populated European part of the country.

Only we have a population of about 140 million, and they have all 600 million if we take the United States and Europe as a whole. We also have more territory. Plus part of Ukraine goes to it. It still seems that we can “rollback” to Kazakhstan and Central Asia. They have nowhere to go. Of course, it’s possible to go to Canada or sail to Australia. In Australia, it will probably be more comfortable.

Let’s say there is an exchange of nuclear strikes. If the forces are equal, the losses will be incomparable. They can lose 75% of the population. That is, starting with 400 million people and beyond. Again, the result is due to the high population density. We may lose half of it, about 70 million. Our native land will help. We have a lot of it. And also Russian roads. If the Americans can still leave, then the Europeans have nowhere to hide, especially the British. If we prepare for war in advance, we can spread out better. Not for the first time. But they, especially on the islands, are not accustomed to this, and, more importantly, are not capable.

If there is a third, nuclear war, then Russia will have a better chance of recovering faster. Again, a huge territory and, again, huge natural resources will help. Europe will be literally seeded with residual radioactive contamination. There is no doubt that their industry will be destroyed forever. On what then to be revived? How to feed the survivors? Go with an outstretched hand to Russia? So pride won’t allow it. Or Russia.

There are still countries in Europe that have not hosted US nuclear weapons. But they remain bound by the strong ties of a military treaty. They themselves tightened the noose around their neck. To you too it will arrive, it’s possible to be sure. We have a proverb – “if such a drinking party, cut the last cucumber.” You will definitely get the tail from that cucumber.

Now a fair question arises. Good gentlemen, do you need such an apocalypse? I don’t think so. Then why are you all bursting and inflating? Isn’t it time to think about it? You can’t bring Russia to its knees. Here is such a simple analysis.

In this regard, it is worth paying attention to such a turn in European politicians. Recently, Polish officials announced their readiness to deploy American nuclear weapons on their territory. What schools did you attend? You also have a high population density. You first estimate the possible losses. If you think that you will win big on the flight time, then you are deeply mistaken. There is one system. In simple terms, it is called the “Dead Hand”. It’s going to hit you anyway. For some reason, it seems that you don’t want to do this. Then reduce the speed. Until the engine is jammed and you go into an uncontrolled skid.

Approximately the same reasoning applies to Japan. Although their leaders still reject the recent ideas about getting access to nuclear weapons by the Japanese, it seems that this topic is being discussed. You are also, relatively speaking, the country with one nuclear weapon. In addition, it is earthquake-unstable. Where are you bursting to?

Yes, about earthquake-unstable. Russia is very stable. This has been proven many times, so of course. This can not be said about the well-known United States. More than once, our military experts have warned: if you force it, you will get a thermonuclear charge into the caldera. Yellowstone, of course. And then, really, at least the grass doesn’t grow. And how does it grow out of the water?

One more point. It seems that the idea of our Defence Minister Sergey Shoigu to create large cities on the undeveloped territory of the country in a normal way carries a sound idea of dispersing the population in the most extreme case. This may not be a very accurate estimate. But still.

Why such a crude approach? Because the West “doesn’t hear” us. It is very persistent in this matter. What will they come up with, or even worse, do in the future? There is no response. Including an answer that suits Russia.

So far, we have seen an endless build-up of hysteria around our special military operation in Ukraine. And not only in relation to the operation. They are not satisfied with Russia at all. Our latest facts, including those about the Ukronazis’ mockery of the population and prisoners, can not break through the diehards. They continue to support the nationalist fascists ideologically and financially, import weapons and impose new “infernal” sanctions against us. Just make sure hell is not coming into your house when you’ll completely stop to be suitable for Russia.

According to the plan previously approved by the Anglo-Saxons, the West continues to “not see” the atrocities of the Kiev regime. But facts are stubborn things, and they say the following:

– in the DPR, the settlement of Yasinovataya was subjected to missile fire from MLRS BM-21 “Grad”. The strike was carried out from the area of Avdeevka. Makeyevka and Dokuchaevsk were also affected. A school and kindergarten were damaged in Kommunarovka. The centre of Popasnoye was hit. On April 6, the Kuibyshevsky district of Donetsk was shelled by a BM-27 “Uragan” MLRS system. In Novotroitsk, two people were killed and one was wounded. In the DPR on April 5, 56 people were injured;

– in the LPR, the village of Donetsky was shelled with 152 mm artillery, and Pervomaisky was also hit;

– the evacuation of the population from dangerous areas of Mariupol continues. On April 6, 24 civilians were injured, including two children. In the city since March 31, the nazis have never fulfilled the demands of the “silence regime”. They continue to shell humanitarian corridors. A significant number of people are taken out of the city to the Bezymennoye temporary accommodation point. On April 5, 572 people were evacuated there, including 110 children. Medical and psychological assistance is provided to refugees at reception points;

– the head of the National Defence Management Centre of the Russian Federation, Colonel-General Mikhail Mizintsev, said that on April 4 alone, 18,654 people were taken from the DPR and LPR to Russia, including 2,837 children. A total of 620,760 people were evacuated;

– more and more often there is information about the presence of NATO officers in Mariupol on the territory of the “Azovstal” plant. The militants made several attempts to evacuate them by helicopter. As a result, five vehicles have already been shot down – four Mi-8s and one Mi-24.