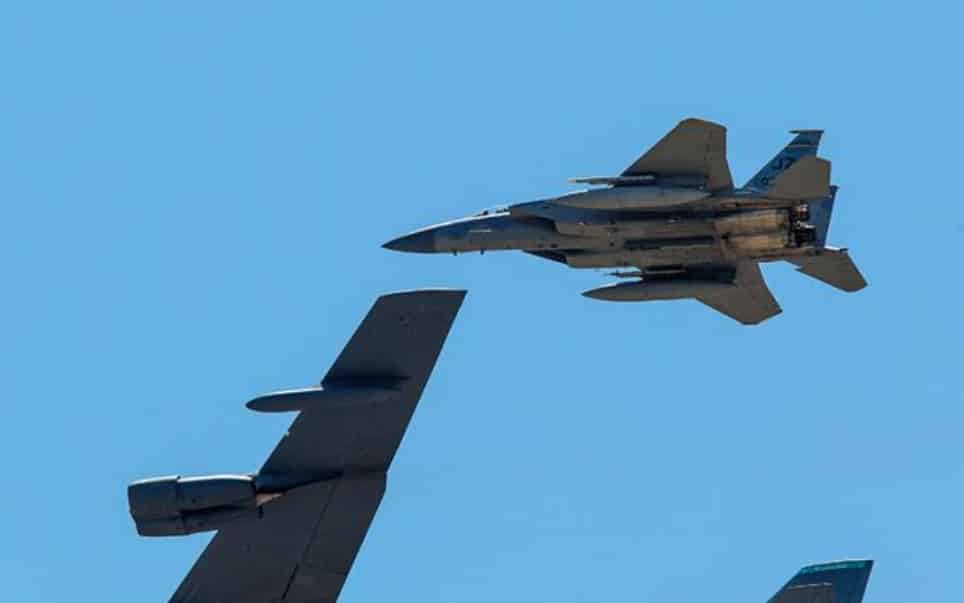 The North Atlantic Alliance is in trouble.

SVPressa.ru: An Air Serbia passenger plane en route along the Belgrade-Moscow route near the Russian-Latvian border discovered that a NATO fighter was flying nearby. For some time he accompanied the civilian side, then disappeared as suddenly as he appeared.

Serbian President Aleksandar Vučić is ready to tear and throw: “The fighter most of all resembled an F-15 or a gray Eurofighter. In the Russian air zone, there was obviously a NATO aircraft that flew only a kilometer below our passenger one. The Russian flight control service correctly informed us that another aircraft was nearby, and they checked if we could establish visual contact and report what it was … What should they do with this aircraft when there are passengers in ours, ”said Vučić, referring to the information. received from the pilots on the ill-fated flight.

According to him, the pilots in the report noted that they felt the tension and that the high risks associated with the fact that flights between Moscow and Belgrade are carried out in military conditions should be taken into account.

If anything, Serbian planes make a detour to the west, specifically flying around the special operation zone. That is, “military conditions” are artificially created even where they should not be.

In addition, Air Serbia is currently the only European airline operating direct flights to Moscow. And airport security regularly receives anonymous reports of bombs aboard this particular flight.

Therefore, it cannot be ruled out that NATO thus tried to put pressure on Belgrade so that Serbia interrupted air traffic with Russia.

Considering all the circumstances, few people believe that a NATO fighter flew past, but flew in the wrong place. The news has caused quite a stir on social media. Users try to outdo each other in angry tirades:

“It’s amazing, it seems to be alone, or … 1) The history of the Malaysian aircraft 2) The story of how in Syria a military aircraft was covered by a passenger liner. 3) Serbian Plane…”;

“NATO wanted to shoot down a passenger plane in order to blame Russia later. Say, we do not fly there, so Russia, there is no one else. ”

“Ours had to see the second target on the radar and send interceptors to destroy this second target. Why didn’t this happen? Why was he allowed to leave? Ugliness…”

However, it is premature to blame the Russian air defense system for the fact that they missed the NATO fighter, says Viktor Alksnis, a former colonel of the USSR Air Force.

“We need to know the exact coordinates where the incident took place. Most likely, this is not about the invasion of a NATO fighter into the airspace of the Russian Federation, but about a dangerous approach of aircraft in the area of ​​​​responsibility of the Russian air traffic control service. There are certain routes for flights, and any aircraft, including fighters, can move along them.

But a flight through Russian airspace must be coordinated with the Russian authorities. We carry out radar control, especially at high altitudes. So the passage of a NATO aircraft without the appropriate permission is extremely unlikely. And the fact that the air defense missed him – too.

– But in international air corridors, dispatch services are also responsible for the space that is not under the jurisdiction of the country they represent. Therefore, it is necessary to understand exactly where the aircraft approached, and who was responsible for flight safety at this geographical point. However, Russian dispatchers, apparently, reacted promptly. They promptly warned the crew of the Serbian liner that there was another board nearby, the expert believes.

Since no violation of the airspace of the Russian Federation was reported, it is most likely that the incident did not take place over Russian territory. But a bad aftertaste remains. After all, the appearance of a military aircraft next to a passenger one, and even a sudden one, and even close to the border (and given the size of the Baltic states and the speed of modern aircraft, almost everything that happens in the sky above them falls under the definition of “near”) always smacks of a provocation.

– The NATO Air Force is located on the territory of the Baltic States. And they behave quite defiantly, – explains military expert Alexei Leonkov. They often accompany planes whose routes pass close to the Kaliningrad region. Basically, these are Russian aircraft, which include transponders, like all civil airliners. Thus, the alliance demonstrates its strength.

Apparently now they are trying to raise a fuss about the safety of air travel. After all, they banned the flight of Russian airlines through their airspace, including through Latvia. The Serbian plane could be confused with the Russian one, so they drove a fighter to it, which made sure that the plane was not Russian, and flew away. Because they do not trust the transponder signal, they think we are cunning, we use Serbian, Mexican, and some others. Something flies near Russia – it is necessary to check.

But I’m thinking: if it was a Russian passenger plane, what would they do? Would you start hitting?